A strong earthquake has hit a remote part of southwestern China killing at least 175 people. The quake was felt most strongly in Yunnan province. 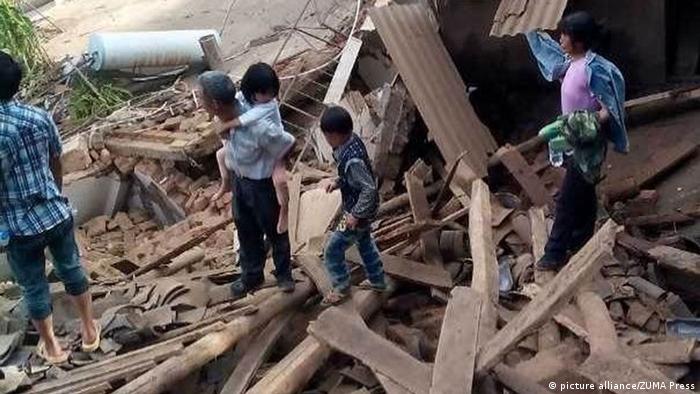 China's official Xinhua News Agency said at least 175 people were killed and more than 1,400 injured in the quake that struck Sunday at 4:30 pm local time (0830 UTC). About 180 people remain unaccounted for.

State media said the quake was felt most strongly in the remote mountainous area of Yunnan province, as well as in the neighboring provinces of Guizhou and Sichuan.

The official Xinhua news agency said that the epicenter was in Yunnan's Ludian county, home to some 265,900 people. The quake hit at a depth of 12 kilometers (7.5 miles), according to Xinhua.

According to the US Geological Survey, the earthquake had a magnitude of at least 6.1.

Ma Liya, a resident of Ludian county, told Xinhua that the streets there were like "battlefield after bombardment."

China is frequently struck by earthquakes in this part of the country. According to state media, in 1970, a 7.7-magnitude earthquake killed at least 15,000 people in Yunnan, and a magnitude-7.1 quake in the province killed more than 1,400 in 1974.