The number of people in Africa suffering from hunger had been receding for some years. But it is now on the rise again. 26 million Africans face starvation. A special series by DW Africa explains why. 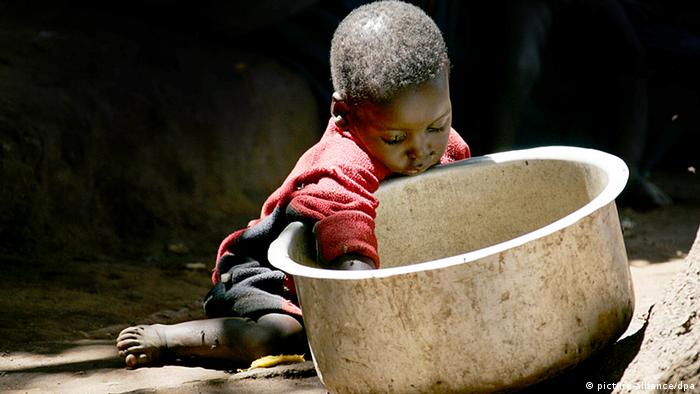 It is one of those situations when you really only understand what happened after it is over. A doctor and a nurse try to revive a little child. Sitting on her bed, the parents don't move. After a couple of minutes, the doctor orders all revival efforts to be stopped. A quiet sobbing fills the silence; then a cry. An orderly pulls up a screen to give the parents some privacy. We don't see what happens next.

This incident which took place in a clinic in northern Kenya was the most difficult emotional moment of our research trip through African regions hit by hunger. It made very clear that the 26 million people threatened with starvation are not a statistic and that for many of these people hunger is more than just a threat. The little girl in the Kenyan hospital did not die in an accident or from an incurable disease. She died because she had not eaten for too long. 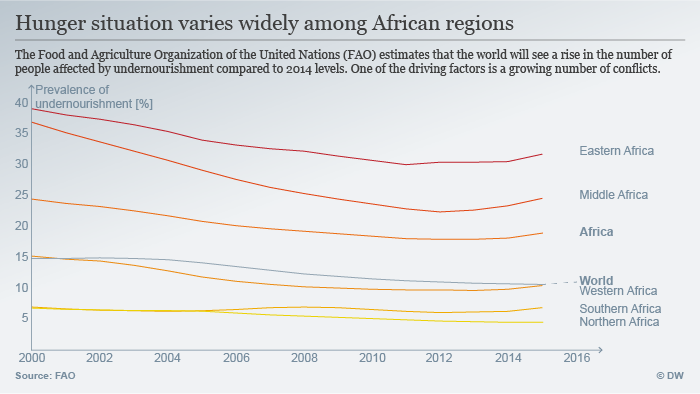 DW reporters crossed many African countries for several weeks to track the hunger crisis. They talked to development helpers, experts, politicians and above all to the people affected to find out more about the reasons for so much suffering. 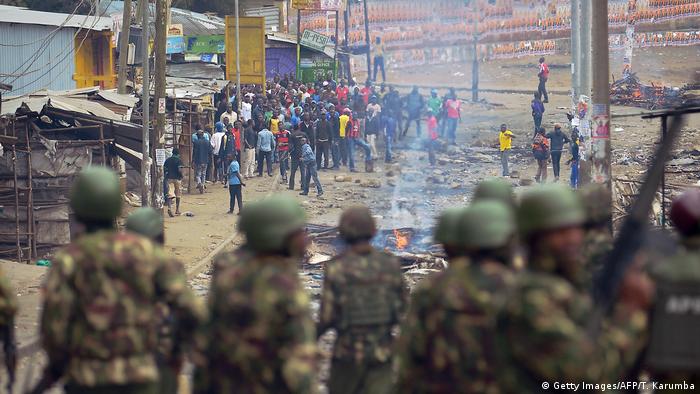 The main causes of hunger in Africa are violence and conflicts

Some time ago, aid organizations started raising the alarm on hunger in Africa, which is why this series of reports is so timely. They have been warning that an expanding drought could result in one of the most terrible hunger catastrophes of the last decades in Africa and Yemen. But soon the predicted crises stopped making the headlines – although the situation hasn't really improved. In South Sudan and Somalia, two of the hardest hit countries, 14 million people remain dependent on food aid.

People as the main cause

What led to these dramatic situations? The reports' answer to that is unequivocal: people did, not nature. Worldwide climate change, massive deforestation and one-sided cultivation are making life increasingly difficult for African small-scale farmers. 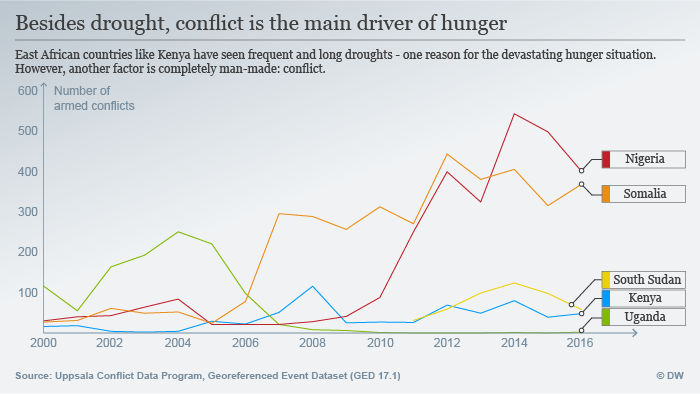 But political conflicts have even more devastating consequences. Countries most affected by hunger such as Nigeria, South Sudan and Somalia, are either embroiled in a civil war or they are fighting terrorists. In these countries, the state has failed to provide basic needs like providing health services, education or security. In lieu of which small elites are busy filling their own pockets in countries which often have considerable resources. 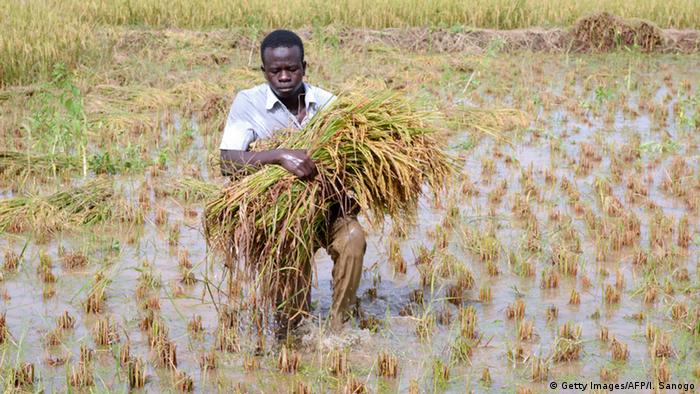 Nevertheless, DW's reporters also came back with stories of hope. For instance, after more than 20 years of civil war, at the start of 2017 Somalia got a new government. This had many observers voicing cautious optimism. And everywhere the reporters met people who grow beyond themselves in exceptional circumstances and do not just give up. Because people are not only the cause of hunger, they are also its solution.

From October 16, you can also follow DW's series on hunger in Africa daily on radio and TV underwww.dw.com.

Somalia has been in the grip of a civil war since 1991. The state has disintegrated, leaving powerful clans to fill the vacuum. With the government weak and dysfunctional, the country is on the verge of another famine. (16.10.2017)

Drought in Kenya’s Northwest has left hundreds of thousands of people on the brink of starvation. The Kenyan government has yet to intervene, forcing residents to move to other counties in search of food. (21.06.2016)