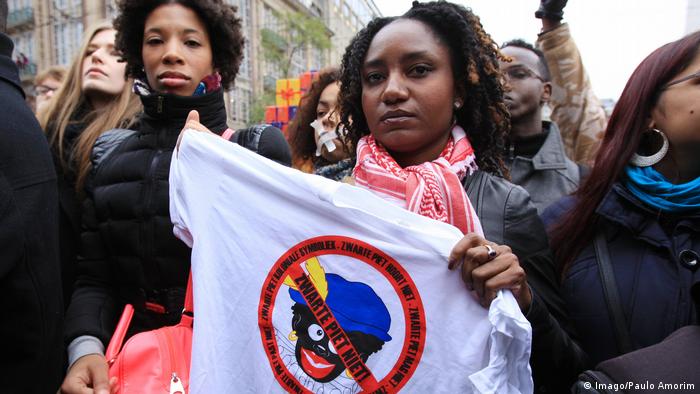 Rutte described his new view point during a parliamentary debate on Thursday about anti-racism demonstrations in solidarity with US demonstrations after American George Floyd — an unarmed black man — died in police custody in Minneapolis.

'No more Black Petes… in a few years'

In the Dutch pre-Christmas tradition known as Sinterklaas, the revered Saint Nicholas —  who is portrayed as white —  brings gifts to children accompanied by his ensemble of disobedient helpers —  "Black Petes."

Rutte said that since 2013 he had met many people, including "small children, who said 'I feel terribly discriminated (against) because Pete is black'…  I thought, that's the last thing that we want" in a holiday intended for children.

"I expect in a few years there will be no more Black Petes," Rutte said.

Supporters of the tradition argue that Pete is a fantasy character who does not portray any race.

Racism a 'systemic problem' in the Netherlands

Linda Nooitmeer, chairwoman of the National Institute for the Study of Dutch Slavery and its Legacy, said Rutte's comments were important in a country that has a problem with acknowledging racism.

"The magnitude of a leader in a country stating this is enormous," she said, according to Reuters.

"You can have all the legislation you want ... but if the people in power, the leader of the country, doesn't seem to support it — and that's what it looked like in 2013 when he said that about Black Pete — then the struggle will be harder."

Rutte acknowledged on Wednesday that discrimination is a "systematic problem" in the Netherlands.