Bavaria is famous for its beer, but buy a "Bavaria" and it won't have come from the southern German state. After a lengthy legal battle, a Dutch brewery is getting to keep its name. 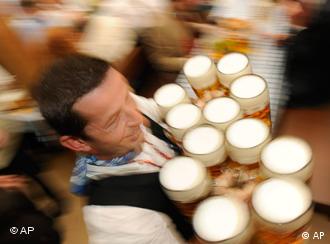 Bavaria is known for its beer

The European Court of Justice (ECJ) ruled on Wednesday that the Dutch brewery Bavaria NV can continue to use its company name trademark.

The Bavarian Brewers Federation had tried to prevent the firm from using the "Bavaria" label under the EU's protected designation of origin (PDO) system, which allows only food or drink producers from the territory in question to use the name.

Bavaria NV described itself as "delighted with the ruling" in a statement. "This implies that Bavaria can still sell [its] beer in Germany."

The company used the label "Bavaria" as early as 1925 and registered the trademark in Germany in April 1995. 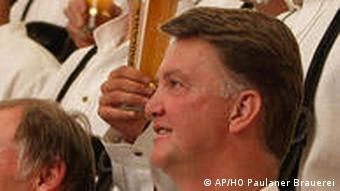 The Bavarian Brewers Federation submitted an application to the German government to get EU protection for its beers in 1993. The application was passed on to the EU in 1994, and Bavarian beer was finally registered by the European Commission in 2001.

The brewers association went to a higher regional court in Munich, asking that Bavaria NV renounce their 1995 trademark. The Dutch company appealed to the German Federal Court of Justice, which referred the decision to the European Union's highest court in 2008.

The PDO system allows territories to register the name of a food or drink produced in, and named after, a territory. Only producers working in the region can then use the name.

Cheeses are the most common type of product listed. "Feta" cheese belongs to specific parts of Greece, while the ECJ ruled in 2008 that "Parmesan" must come from Italy.

Global brewing giant Anheuser-Busch has been told that it cannot register the name Budweiser as an EU trademark. The decision, in favour of a Czech brewery, is the culmination of more than a decade's legal wrangling. (29.07.2010)

FIFA has brought charges over 36 women who wore the same orange dress to a world cup match - but not against the women wearing the dresses. (17.06.2010)

What do you get if you take a potato, cover it with Turkish delight, douse it in passion-fruit juice and serve with a wedge of soft goat cheese? A sample of the EU's food designation system. (23.08.2008)