A Dutch sailing boat offering legal abortions has taken up a position off the west coast of Mexico. It is offering free, legal medical terminations for the victims of sexual violence. 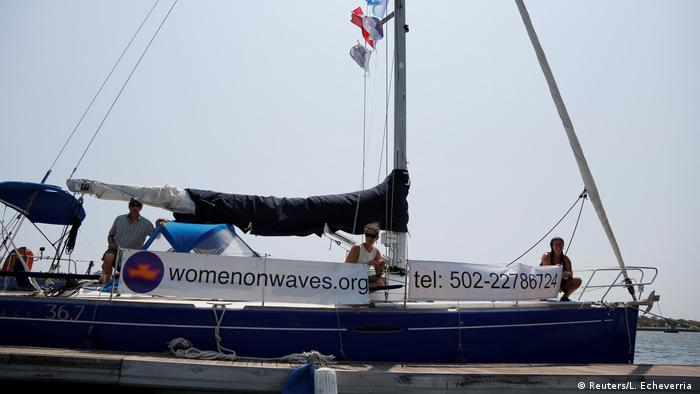 The Women on Waves boat arrived off the coast of Guerrero state last week on the invitation of more than 40 women's organizations who are campaigning for abortion to be legalized throughout the country.

On Thursday the ship sailed out to international waters where two women received safe, medical abortions. The women were given abortion pills and remained under observation for several hours before returning to shore. The female crew does not perform surgical abortions.

Speaking in Ixtapa on Friday, President of the Women on Waves group, Rebecca Gomperts said access to safe abortions was a matter of "social justice" in Latin America.

Abortion has been legal in the capital of Mexico for the last ten years. "It's absurd that according to geography, where women live in Mexico determines ... if they can access a legal and safe abortion," said Regina Tames, head of Information Group on Reproductive Choice (GIRE), a Mexican women's rights group.

"Access to abortion in cases of rape is really quite limited," Tames said.

The Women on Waves boat was cleared by Mexican authorities to stay offshore, registered as a private vessel. During the boat's last voyage to Guatemala it was detained by the army and expelled. It was unable to carry out any terminations at that time.

The ship has previously been to Ireland, Morocco, Poland, Portugal and Spain.

A Twitter account documenting an Irish woman's journey to get an abortion in Britain has caused waves on social media. It has also breathed new life into a campaign against Ireand's strict laws on reproductive rights. (23.08.2016)

Women on Waves wants to help women across the globe terminate their pregnancies in a safe manner. The Dutch NGO sets sail for countries where abortion is illegal to start up the debate. But it’s never a calm journey. (12.11.2012)