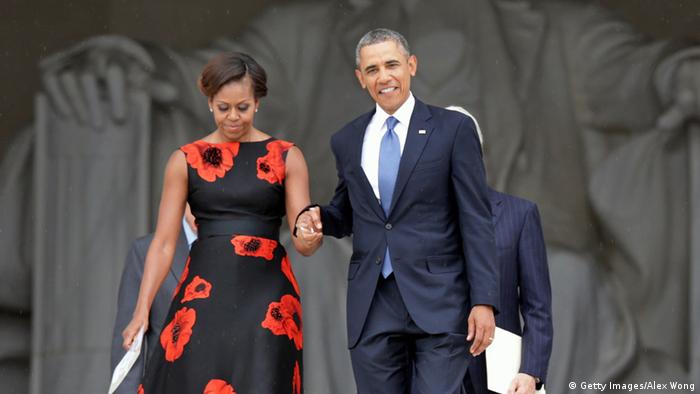 The former president and first lady are each to write one volume, the publishing company said. Though financial terms were not disclosed, "The New York Times" reported that industry executives with knowledge of the bidding process figured the deal likely ran into eight figures. The "Financial Times," citing industry experts, reported the bidding auction for global right ranged over $60 million. That would be a record sum for US presidential books.

Penguin Random House would not confirm if the books were to be memoirs, "The New York Times" noted. Barack Obama has already written two books - "Dreams of my Father" (1995) and the best-selling "The Audacity of Hope" (2006). The latter expounded on topics that later became part of Obama's 2008 election campaign.

Following publication of the new books by both Obamas, the couple plans to donate a "significant portion of their author proceeds to charity," including the Obama Foundation, Penguin Random House said in a statement.

Fellow Democrat and former President Bill Clinton earned $15 million for rights to his 2004 memoir "My Life" after serving in office; Republican George W. Bush garnered around $10 million for his book deal for "Decision Points," the Financial Times reported.

Around the world, leaders' spouses are guarantors of glamour. But some also stand out for eccentricity or dedication. As Melania Trump takes over from Michelle Obama, DW looks at legendary first ladies - old and new. (19.01.2017)

How Cuban bookworms are benefitting from political openness

Cuba is opening up, and the country's avid readers are noticing a change for the better. While paper for books is still scarce, politically controversial volumes are coming back. (24.02.2016)