A study from the Max Planck Institute of Meteorology in Hamburg reveals that Earth is heading towards a climate catastrophe. The consequences for Germany and the world are drought, floods and glacial melt. 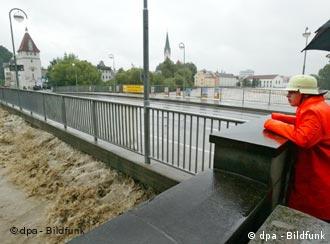 Bridge over troubled water: Floods and droughts expected to increase

German film director Roland Emmerich filmed it with his big-budget natural catastrophe movie "The Day After Tomorrow." The United Nations is seeking to slow it down with the Kyoto Protocol. And photos of the Alps from the early 20th century compared with 2005 show it clearly: Global warming.

Now, the Max Planck Institute for Meteorology in Hamburg has presented its most recent assessment report of the Intergovernmental Panel on Climate Change (IPCC). According to its simulations, global warming is worse than once believed. It's an alarming announcement, considering how drastic earlier predictions were.

"Our most recent results are more solid than before," said Jochem Marotze, the institute's director. "We are convinced that they are dependable." 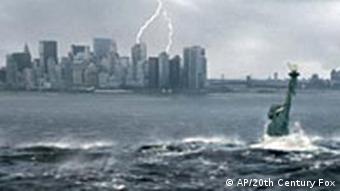 The results: Earth's temperature will rise on average up to four degrees Celsius (7.2 Fahrenheit) by the year 2100 and sea levels will increase up to 30 centimeters (11.8 inches). One scientist said that this rapid warming of the Earth is the "strongest climate change in the last one million years."

The drought and insufferable heat that hit most of western Europe, including Germany, in 2003 will be a normal occurrence in 50 years. Averages of 30 degrees Celsius will no longer be unusual in the June, July and August. In the winter, instead of snow falling, rain will, and whenever it does so, then it will last longer and be heavier.

"Weather situations in which extreme floods occur will increase," said study leader Erich Roeckner. Floods like those in southern Germany and Austria this summer or the Elbe flood in 2002 could happen regularly. 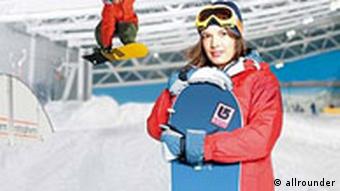 Will skiing become an indoor activity in Europe?

In addition, the mild temperature will mean the end of Alpine glaciers by the end of this century. They will melt away due to the higher temperatures, causing flooding at that time. But rivers like the Rhine, which depend on glacial melt, will turn into a trickle of their former strength.

But not only those living on river flood plains must worry. Due to predominantly westerly winds in the winter, residents along the North Sea will encounter sea levels up 43 centimeters, over 40 percent above the average expected increase.

And where will polar bears go?

Over 1,000 scientists from around the world helped collect data for the most recent IPCC assessment report. In 2007, a final report will be presented to governments around the world. The climatologists have reached a consensus on what lies behind the rapid pace of climate change.

"Humans have had a large one-of-a-kind influence on the climate," Roeckner said. 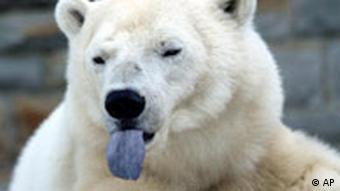 Polar bears won't be too happy with loss of their habitat

Foresters will have to adapt to the new climate by planting new varieties of trees. The polar ice cap will shrink in size, and by 2100, it is possible that the Arctic will be ice free in the summer. The annual melt of the Arctic the past three years equaled 1.3 million square kilometers (502,000 square miles) or four times that the area of Germany. The polar bear, dependent on ice floes to catch and kill its prey, will face more and more difficulties.

"How are polar bears going to survive?" Roger Barry from the US National Snow and Ice Data Center (NSDIC) asked.

As a conference on sustainable development begins in Berlin, director of the UN Environment Program Klaus Töpfer says Katrina taught the world that it's time for a new global energy policy. (Sept. 6, 2005)

The head of the Kenya-based UN Environment Program (UNEP) warned Wednesday that the effects of climate change may lead to Earth "spinning out of control" and urged immediate steps to halt global warming. (Feb. 16, 2005)