DR Congo: Kabila takes a step back — but remains in power

President Joseph Kabila won't seek a third term, but his choice for successor has observers concerned he may continue to play a major role behind the scenes. 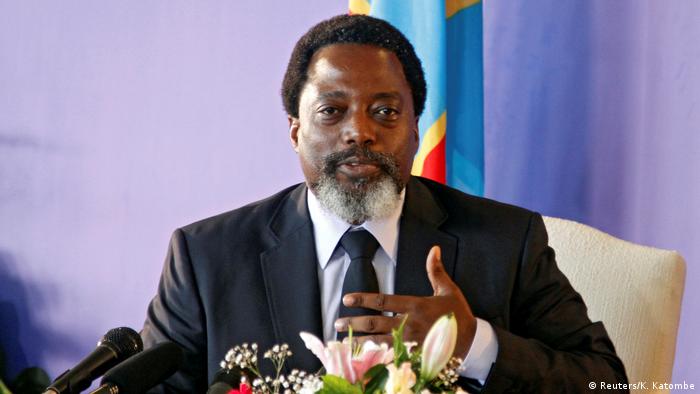 The moment of truth finally arrived. It wasn't clear until shortly before the deadline for presidential candidacy submissions on Wednesday afternoon whether President Joseph Kabila would seek another term in office or announce a successor.

According to the DRC's constitution, Kabila's final legitimate second term expired back in 2016. However, fresh elections were deliberately delayed by the government, citing ongoing violence in the country's east. A new election date was only decided upon a few months ago: December 23, 2018.

The entire country held its breath as government spokesman Lambert Mende faced the press just two hours before the deadline. He announced the intention of former Interior Minister and General Secretary of Kabilia's People's Party for Reconstruction and Democracy, Ramazani Shandary (PPRD), — Kabila's long-time right-hand man — to run for president in the upcoming election.

It may seem that Kabila's presidency has come to an end. But Shandary is not considered to be a political 'strongman'. On the contrary, he has always remained loyal to Kabila, with no power network of his own or influence in the military, which could be a deciding factor. As government spokesman Mende pointed out, Kabila will continue to lead the newly-created electoral coalition, the Common Front for the Congo (FCC). The situation could be compared to the 2008 Russian election, when President Vladimir Putin handed over the reins to Dimitri Medvedev after his own term came to an end — but continued to pull the strings as prime minister.

Read more: DRC: 'The signs are not good' 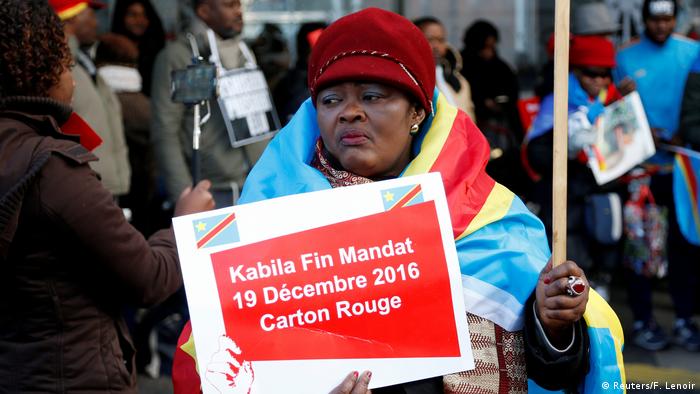 Meanwhile, the DRC's electoral commission (CENI) is beginning preparations for the election. First, the candidates' documents must be checked and approved.

"The provisional list of all eligible candidates will be announced on the 24th of August," said CENI spokesman Jean Pierre Mulumba. The list would then need to be reviewed by the Constitutional Court before the final names are published on the 11th of September.

It looks set to be an exciting race. The opposition candidate most likely to shake-up Kabila's power-clique, Jean-Pierre Bemba, was unable to submit a valid voting card to CENI last week when submitting his candidacy. He apparently missed the deadline as he was being held in a high security prison by the International Criminal Court in The Hague. He was only acquitted of war crime charges in June following 11 years in exile and flew directly to the DRC to file his election papers. Whether or not he will be allowed to run remains to be seen.

Another of Kabila's rivals, Moise Katumbi, was not even allowed into the country. The former governor of the mineral-rich province of Katanga, who has been in self-imposed exile since 2016, was denied permission to cross the border into DRC due to a pending lawsuit. When his supporters protested on the other side of the border, police responded with tear gas and gunfire. 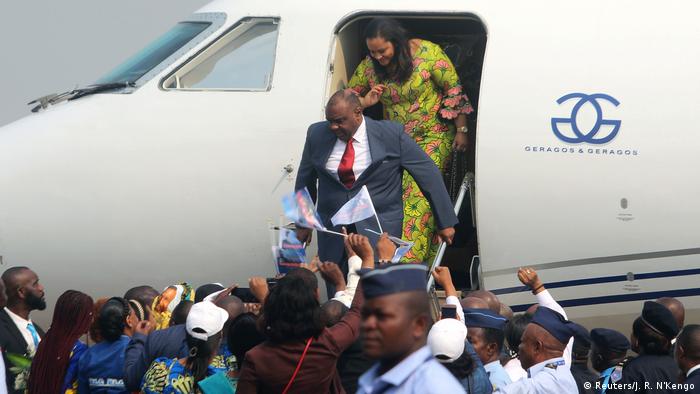 The big question: War or peace?

The mood in DRC is tense. Thousands of supporters of the Union for Democracy and Social Progress party (UDPS) gathered in front of the electoral commission building in Kinshasa on Tuesday. They had followed their chairman Felix Tshisekedi across the city and say they were bombarded with tear gas by police along the way.

"If the electoral commission does not want their country to return to war, then it must organize credible and transparent elections," said USPD district chairman Fiston Mbuyo. "If they manipulate the elections to allow the government to win, then they are responsible for any blood which is shed."

Some experts fear that these elections could lead to a new war. Political scientist Pamphile Ngoma says the current signs are alarming, especially considering that Kabila pushed through army reforms just a few weeks ago. "He has given new posts to new generalswho will now remain in power and do not want to see the end of this regime," he says. Ngoma believes these generals could incite the many militias roaming thorough the war-torn east to spark a rebellion, and that Kabila could be put  in charge as a supreme military leader..

The country's youth movement, LUCHA, sees the impending election as a disaster waiting to happen — and one in which they don't want to participate. "I don't  think we will go to the polls with all of these irregularities," says LUCHA representative Enoch Nyamwisi. Some fear that the new voting machines could be used to manipulate the outcome and fake candidates could even be included on the roll. Nyamwisi does not believe that these problems will be solved before the election, "with or without Kabila."

DRC presidential hopeful Moise Katumbi could be arrested when he re-enters the country. The second opposition figure to return this week to try and unseat President Joseph Kabila appears willing to take that risk though. (03.08.2018)

The Democratic Republic of Congo's army is fighting militias on several fronts. Now more trouble is brewing in the east of the country, where militias are uniting in opposition to President Joseph Kabila. (24.01.2018)