DRC presidential hopeful Moise Katumbi could be arrested when he re-enters the country. The second opposition figure to return this week to try and unseat President Joseph Kabila appears willing to take that risk though. 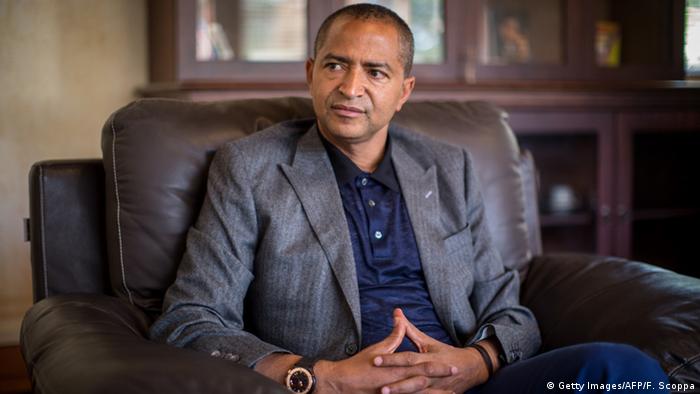 Moise Katumbi was governor of Katanga Province in the south of the Democratic Republic of Congo (DRC) from 2007 to 2015. He went into self-imposed exile after he declared his bid for the presidency two years ago.

Earlier this week, he announced he would return to submit his candidacy in time for the August 8 deadline for the planned election in December. Elections in DRC have been postponed several times, with President Joseph Kabila pushing for the possibility of running for a third term.

Authorities have threatened to arrest the 53-year-old billionaire businessman as soon as he sets foot in the country.

Katumbi on the road

After failing to receive authorization to land by private jet in his stronghold of Lubumbashi, Katumbi on Friday travelled to the Congolese border by car from neighboring Zambia with a group of close advisors.  At 6 p.m, one of Katumbi's advisors posted a picture on Twitter saying that the team had spent five hours at the Zambian border trying gain entry into DRC.

"The fact that he was not allowed to land shows President Joseph Kabila's continuous attempt to restrict freedom of expression in the country and desire to remove potential presidential candidates," Georges Kapiamba, human rights lawyer and president of the Congolese Association for Access to Justice (ACAJ) told DW.

The United Nations and human rights groups have repeatedly called on the government of the DRC to put "an end to restrictions of the political space." In July, the UN High Commissioner for Human Rights Zeid Ra'ad Al Hussein said "numerous violations of human rights norms and principles in relation to people's rights to participate in the democratic space" raised "serious doubts about the credibility of the country's long-delayed elections." 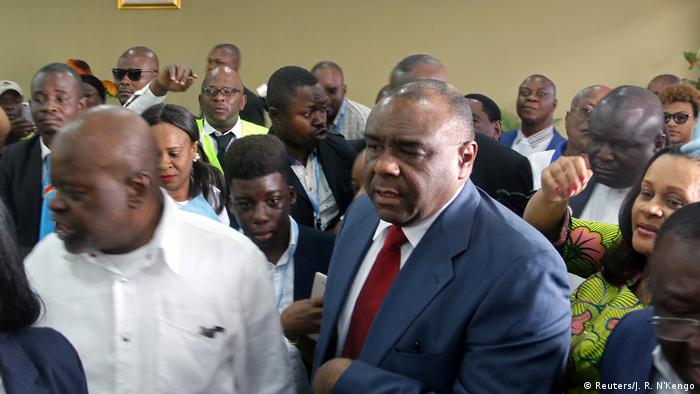 Bemba was free to land

One-time warlord and former DRC vice president Jean-Pierre Bemba returned to the country on Wednesday after an 11-year absence. In June, the 55-year-old was acquitted of war crimes charges by the International Criminal Court (ICC) in The Hague, after a decade behind bars.

He flew in at Kinshasa's airport from Belgium aboard a private plane. He was welcomed by huge crowds and hundreds of police equipped with anti-riot gear were deployed at the airport and in Kinshasa.

While Bemba was allowed to return, many are wondering why the government is attempting to block Katumbi.

"He appears like the main challenger because he is from the east of the country, like Kabila, and his platform, 'Together for Change,' is well implemented across the country," said Kapiamba. "More importantly, Moise Katumbi and Felix Tshisekedi would certainly join forces and this worries the government." 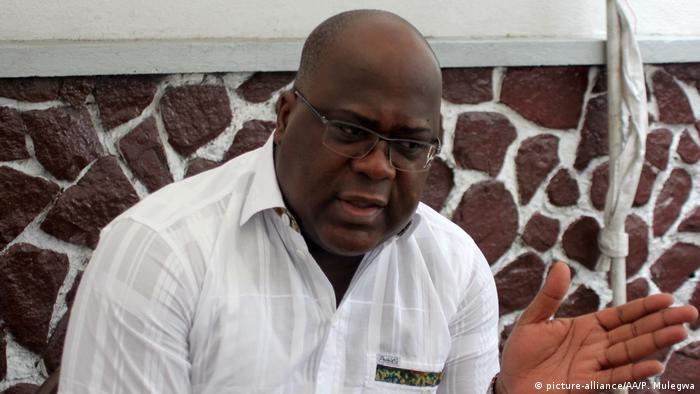 Polls point to Katumbi and Tshisekedi

In a recent opinion poll conducted by the independent Congo Research Group (CRG) and the consulting group BERCI, Katumbi and Tshisekedi – a likely candidate from another opposition party –  tied at 19 percent of votes nationwide. Bemba polled at 17 percent and Kabila, who is not allowed to run under the current constitution, was at nine percent.

Kapiamba has called on the state prosecutor not to arrest Katumbi upon arrival, saying in a statement he believes such action would be "illegal."

Government representatives, who deny receiving a request from Katumbi to land his jet in Lubumbashi, have repeatedly said he needed to be arrested because of several charges he faces and cases he is involved in. These include: a three-year sentence for real estate fraud, hiring mercenaries and threatening national security, as well as holding dual citizenship – all of which Katumbi denies.

With days to go before the registration deadline and five months to elections, Katumbi is running out of time. 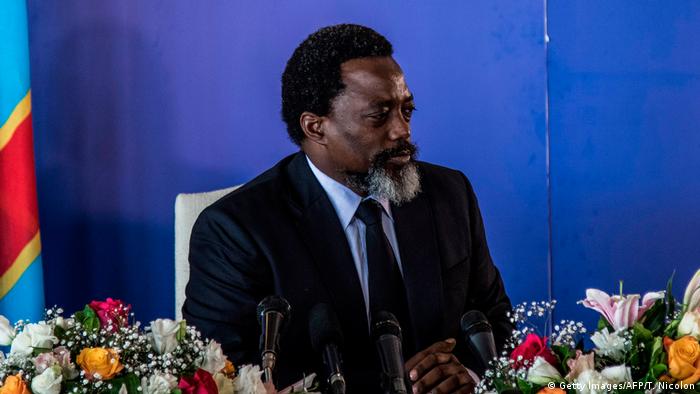 Joseph Kabila, who became DRC president after his father Laurent Kabila was assassinated in 2001, has repeatedly postponed elections

But will Kabila step down?

On Friday, police checkpoints were set up on the road leading to the Zambian border. At the same time, hundreds of Katumbi's supporters were gathered at the border.

"If Katumbi is arrested, it will be Kabila's personal responsibility," said Olivier Kamitatu, chief of staff for Katumbi.

There is widespread distrust in the electoral process in DRC. 62 percent of Congolese do not trust the National Independent Electoral Commission (CENI) to ensure free and fair elections. The same percentage does not have faith that courts will decide electoral disputes fairly, another recent CRG/BERCI opinion poll showed.

"There is still considerable uncertainty whether President Kabila will step down in accordance with the constitution and permit a credible vote that would mark Congo's first democratic transition since independence,” said Ida Sawyer, Central Africa director at Human Rights Watch.

"Kabila's failure to do so would heighten the risk of large-scale violence and instability, with potentially devastating consequences across the region."

No change likely in DRC

According to the Constitution President Kabila cannot stand for re-election when his term ends in December. But he doesn’t seem keen on leaving. And the chances for a change at the top are not good. (04.10.2016)

After rumors of bad health and a conviction in absentia, DRC presidential candidate Moise Katumbi has kept out of the public eye for some months. In this DW exclusive, he expresses the need for a united opposition. (09.09.2016)

Tens of thousands of people have protested in Congo, calling for the resignation of President Joseph Kabila once his term ends in December. Opposition leaders fear Kabila may try to extend his rule for a third term. (01.08.2016)