Forty inmates have escaped amid a riot that broke out at a prison in northern Iraq. Six guards and 30 detainees were also killed in the violence. Some of the fugitives were convicted on terrorism charges. 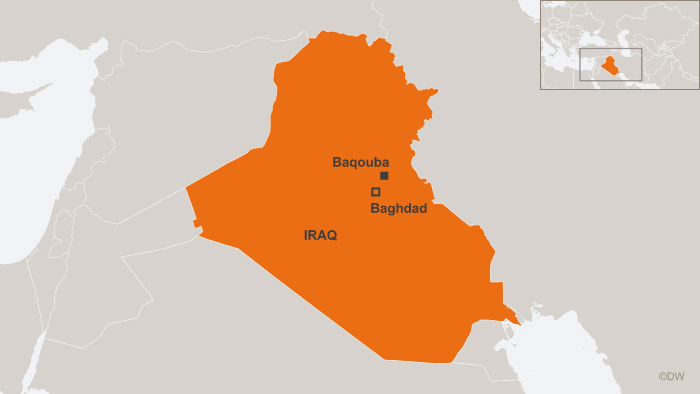 Violence erupted at the Khalis prison facility near Baquba, about 50 kilometers (30 miles) north of Baghdad after prison inmates managed to seize weapons from wardens, a spokesman from Iraq's Interior Ministry said on Saturday.

"Clashes erupted inside. We lost a first lieutenant and five policemen, 40 prisoners fled. Nine of them were held on terror charges and the rest for common crimes," he said.

"Police are now hunting for the escapees in the nearby areas and have published their pictures for identification."

There were conflicting casualty reports about the attack on the prison, which houses hundreds of inmates in the northeastern Diyala province. Two provincial police officials and a medical official, who spoke on condition of anonymity, told the Associated Press that more than 200 inmates had escaped, while 51 inmates and 12 policemen had been killed.

Jailbreaks are not uncommon in Iraq, although they are usually staged by militants on the outside seeking to free their colleagues. In Mid-2013, militants freed more than 500 inmates in a carefully orchestrated attack on Iraq's notorious Abu Ghraib prison.

Al Qaeda has freed hundreds of prisoners in Iraq. Interpol warns they could threaten global security, but Iraq expert Jochen Hippler says the risk is not too great. They are more likely to add to local tensions. (25.07.2013)