PAOK hands Dortmund their first home loss of the season, escaping the Westfalenstadion with a 1-0 victory. Dortmund pass up an opportunity to win their group, making their set of knockout opponents much more difficult. 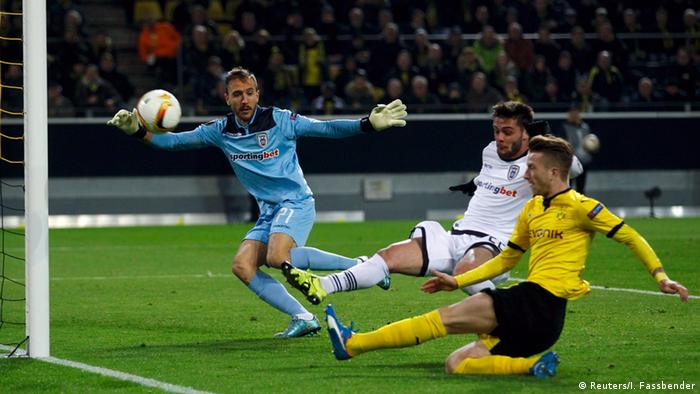 The deflating defeat to Krasnodar still gave Dortmund a chance to win their Europa League group. PAOK came to Dortmund to play and handed the yellow-and-blacks their second-straight Europa League defeat.

The two results were eerily similar. Joo-Ho Park took a page out of Mats Hummels’s book, providing Dortmund with a crippling defensive mistake in the first half. Park cheated up from the back to allow PAOK forward Robert Mak to slip in behind. Ioannis Mystakidis found Mak’s run, and the PAOK forward poked the opening goal into the back of the net.

Dortmund dominated the match after that, completing nearly 700 passes and holding three-quarters of the possession. Adnan Januzaj got the ball several times in dangerous positions, but his final touch continued to let him down. Even the addition of Pierre-Emerick Aubameyang could not jumpstart Dortmund’s attack, PAOK blocking off the goal with five defenders.

The defeat parked Dortmund in second place behind Krasnodar, who beat Armenian club Qäbälä to clinch the group victory. They now await Monday’s Europa League draw to find out their Round of 32 opponent.