The Menschen für Menschen charity has said 5.7 million Ethiopians could die of a lack of food. Part of the problem is that other countries are faring even worse and thus getting most of the publicity. 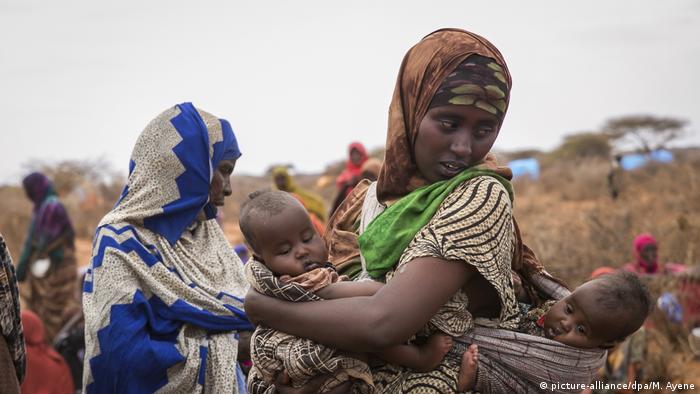 Some 6 percent of Ethiopia's population of 98 million suffers from food shortages resulting from a catastrophic drought in the eastern African country. But that doesn't qualify as a risk of famine for the United Nations, which defines the term as 20 percent of a country's population having fewer than 2,100 kilocalories of nutrition per day.

The German NGO Menschen für Menschen (People for People), however, is worried that the situation in Ethiopia could deteriorate if Ethiopians' needs are drowned out by news reports of even more acute food shortages in Somalia, South Sudan and northern Kenya.

"Of course there's a catastrophe in Somalia, but let's not forget the situation in Ethiopia," Menschen für Menschen executive director Peter Renner said on Wednesday at a press conference in Berlin. "It's not like everything is fine there while there's a major drought 500 kilometers away. A climate catastrophe doesn't stop at national borders."

Menschen für Menschen was founded by the late German actor Karlheinz Böhm in 1981 specifically for Ethiopia. The NGO's view of the threat of starvation in the country tallies almost exactly with estimates by the UN's World Food Programme, which says 5.6 million Ethiopians are currently in need of emergency food assistance.

Ethiopia can count itself lucky, Renner said, that the country got a normal amount of rainfall in 2016. But he added that Ethiopians are still struggling to overcome a catastrophic dry spell two years ago.

In 2015, precipitation during Ethiopia's two annual rainy seasons was extremely low. It was the worst drought since 1984, the catastrophe that prompted the Live Aid relief concerts. 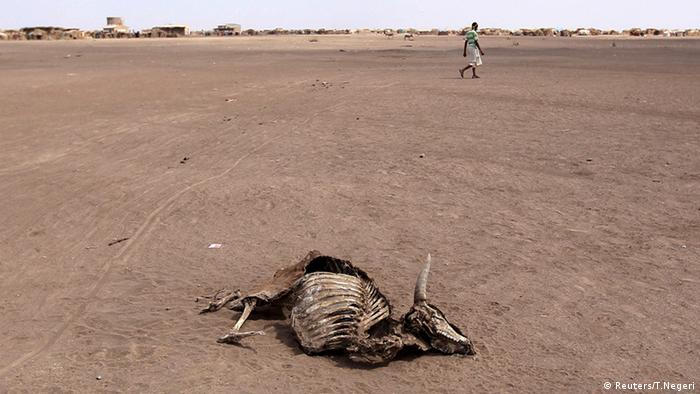 Ethiopia is still reeling from effects of the 2015 drought

The 2015 dry spell ruined the harvest in a country where 80 percent of the population are farmers, and the Ethiopian government was forced to deplete food reserves to keep people from starving. Moreover, Renner pointed out, there were other knock-on effects for one of the poorest countries on earth. More than 68 percent of electricity in Ethiopia, for example, comes from hydroelectric power.

The country has yet to fully recover from the drought, Renner said, and is depending on normal levels of rainfall in 2017 to avoid slipping back into crisis. But the el Nino climate phenomenon has brought potentially deadly instability to weather patterns in eastern Africa.

"Despite el Nino, there was decent seasonal rainfall in 2016, but there's no guarantee of that in 2017," Renner pointed out. "We've observed in the past two or two-and-a-half years that we can no longer predict when the short and long rainy seasons will start, how long they'll last or the amount of rain they'll bring."

The world's industrialized nations need to provide additional aid, Renner argued, to ensure that the tentative progress Ethiopia has made isn't wiped out. Germany's Ministry for Economic Cooperation and Development said Berlin earmarked 129 million euros ($136 million) in aid to Ethiopia from 2015 to 2017.

Despite criticism of Ethiopia's repressive ruling coalition, the UN and NGOs like Menschen für Menschen said the country's ability to respond to natural catastrophes has improved and that Ethiopians have grown more self-reliant.

But the areas of Ethiopia that border on Somalia, South Sudan and Kenya remain, in Renner's words "chronically critical" regions - rocky deserts that are naturally susceptible to recurrent droughts and that are far more likely to experience crop failures than the relatively fertile center of the country. That's what's happening at the moment in Somalia, South Sudan and Kenya.

"These countries are now experiencing what Ethiopia went through 15 months ago," Renner said. "If it rains in one place, it doesn't mean it rains in another."

Despite the country's poverty and climate problems, Ethiopia currently hosts some 650,000 refugees from neighboring countries. Those people are particularly vulnerable to hunger.

Long-term solutions a long way off 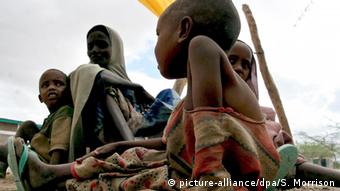 The chances of reversing the climate trends that cause droughts in eastern Africa are exceedingly slim. In the medium term, Renner said, that means the world's industrialized nations have a duty to help countries like Ethiopia deal with failed harvests and avoid food shortages. European countries also have an interest in reducing the number of migrants from the region as a whole and an improvement in living conditions there would keep some people from heading to Europe.

If that is to happen, there needs to be what Renner called a "paradigm shift" in aid away from donors giving money to recipients and toward sustainable development and self-reliance. Renner said that the so-called "Marshall Plan for Africa" currently being drawn up by the Ministry for Economic Cooperation and Development was a step in the right direction.

If the 2017 rainy seasons yield a normal amount of precipitation, Renner said, Ethiopia could be able to overcome the effects of the 2015 drought by this autumn. If not, the country will need immediate assistance to prevent the situation from becoming catastrophic.

Germany: A Marshall plan for Africa?