African leaders give Germany's Marshall Plan a 'thumbs up'

Germany's Marshall Plan, which calls for an equal partnership to industrialize Africa, has received positive feedback among African business leaders at the World Economic Forum in Davos. But some are a bit wary. 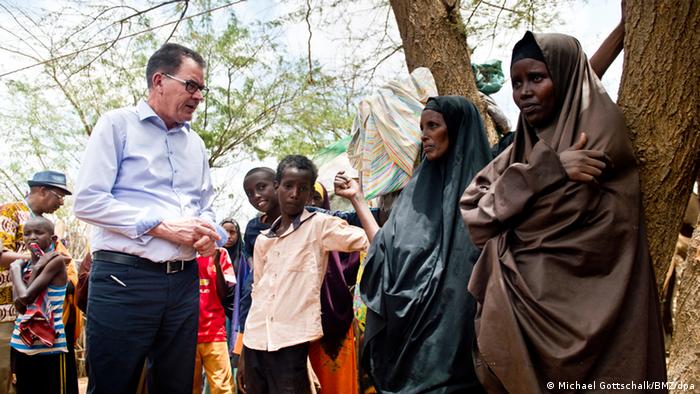 Germany's Marshall Plan with Africa received a lot of praise but also criticism. Some call the economic plan to ambitious. Germany's Development Minister Gerd Müller presented his long-awaited new Africa strategy on Tuesday in Berlin. He said his plan was aimed at developing joint solutions with African countries. The so-called "Marshall Plan” - drawing a direct parallel to the huge United States program that kick-started the ravaged German economy after World War Two - talks about a new level of development cooperation. The plan foresees a complete restructuring of the German economic cooperation with Africa.

"It is a wonderful development," said Tony Elumelu, a Nigerian billionaire and one of Africa's most influential entrepreneurs. He commended this initiative and wants to give it a "serious push" by collaborating with the German government through his foundation. The Tony Elumelu Foundation was founded in 2010 and is headquartered in Lagos, Nigeria. The philantropic organization supports entrepreneurship in Africa. Adesina layed out his plans of how Germany and Africa can collaborate. "Africa needs a Marshall Plan that addresses youth unemployment. Most importantly to alleviate poverty and include more women in main stream global affairs," he told DW. 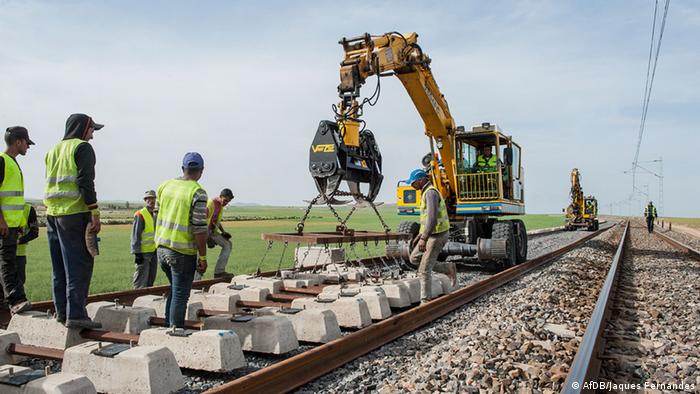 The Marshall Plan with Africa proposed by Germany, which includes programs focused on youth, education and bolstering economies and rule of law, explicitly targets the private sector. It has the potential to achieve a similar degree of mutual benefit for Africa and Europe, Elumelu said.

According to businessman Elumelu, aid should be given without strings attached. "It needs to create independence and not a syndrome of dependency." Also, as a continent in the 21st century, African leaders must be more responsive and take responsibility, he added. "Some African countries are showing good governance, but we still need to support other countries rather than condemning them. We need to help them build capacity and see how they can improve their governance systems."

Many Africans took to social media to express their opinions on the initiative. Kenneth Ofori from Accra asked on Facebook: "To benefit who? The Germans at the end. We as Africans have to do better to counter the European traps."

Matthew Ackerson is also not in favor of the new approach tabled by the German government. "Africans must have their own plans and they do not need any foreign plans to prosper. Trade is trade, business is business. We do not need aid from anyone. We are not beggars," he said.

Awais Bangash has given a warning and wrote: "Africa, stay away from this Marshall Plan. The foreign, finance, defence and even media policies will be dictated from elsewhere to make profit and all countries will lose their sovereignty. It's a financial death trap."

On the other hand there is quite a positive reaction on the social media platform as well. Manasses Kamau welcomes the initiative along with others: "It is a welcomed move, but it shouldn't be about loans. Let the German government give us a market share for our manufactured goods without the restrictive conditions they impose. That way they will create jobs in Africa and nobody will require aid." 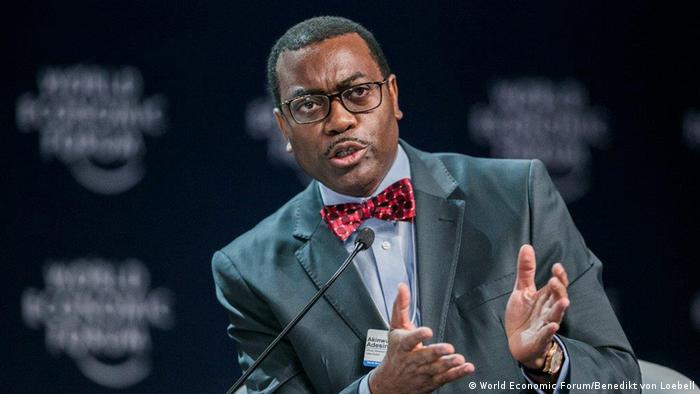 According to Akinwumi Ayodeji Adesina, the President of the African Development Bank, there are a number of good reasons why Germany should invest in Africa. "The continent is the second fast growing region in terms of foreign direct investment. The population is very high. By 2050 the population will have the same population as India and China together."

Solution to crises in Africa

Consumer demands will reach one trillion dollars, Adesina said. "So if you are looking for a place where the demand is high for infrastructure, energy, water and sanitation, it is definitely in Africa." He looks forward to working with German Chancellor Angela Merkel on the Marshall Plan. But it has to go together with Africa's own plans to transform the continent, he added.

The African development bank president highlights important topics for investment that the African bank has put in place. Energy power is most important thing in Africa, he said. "Help the continent to industrialize. That will create employment for a lot of young people and make Africa more competitive."