Germany's Christian Democrats in Saxony are facing criticism for their fundraising methods, following a similar scandal in North Rhine-Westphalia. Meetings with the state premier had been offered for donations. 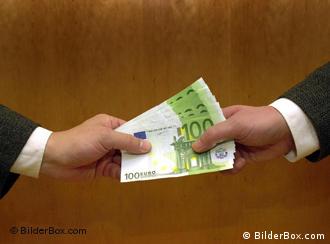 Germany's Christian Democrats (CDU) are facing renewed criticism after reports surfaced that personal meetings with another high-ranking party member were offered in exchange for cash.

Potential corporate sponsors of the CDU event Denkfabrik Sachsen, scheduled to take place on Monday in Dresden, reportedly had the option of sponsoring the party at four different price levels between 500 and 8,000 euros ($680 and $10,900).

Sponsors at the top two levels would have the option of a "short meeting" with Tillich, according to the Spiegel report.

Kretschmer said the sponsorship was necessary to finance the event. “We're expecting between 800 to 1,000 people on Monday. We're not able to finance that ourselves from the few donations from our party members,” he told regional public broadcaster MDR.

Kretschmer stressed that the situation was nothing like the recent CDU scandal in North Rhine-Westphalia.

Earlier in the week, reports surfaced that CDU officials in North Rhine-Westphalia had solicited as much as 6,000 euros ($8,170) for a personal conversation with Juergen Ruettgers, the premier of that state, and other high-ranking CDU leaders. The meetings were to have taken place at a party convention in March.

In an attempt to divert attention from Ruettgers, who is up for re-election in early May, the regional CDU's general secretary Hendrik Wuest resigned on Monday, assuming full responsibility for the affair.

Ahead of an election, the Christian Democrat premier in Germany's most populous state of North Rhine-Westphalia says he didn't know about plans to ask for cash in exchange for the chance to talk to him. (22.02.2010)