In his final hours in office as US president, Donald Trump pardoned former adviser Steve Bannon. He was one of the dozens of people to receive a pardon or commutation, including a rap star and former members of Congress. 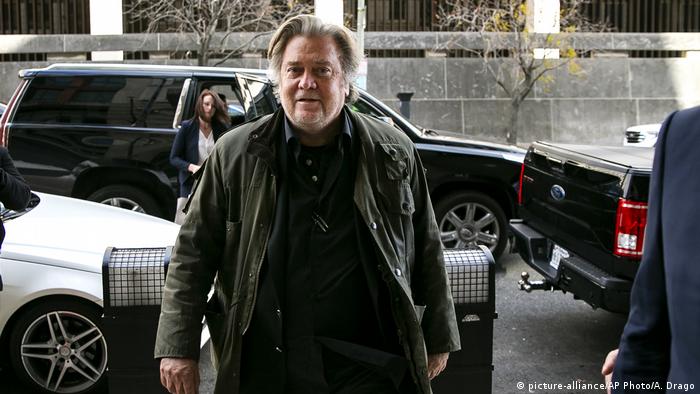 Bannon, who was a key adviser in Trump's 2016 presidential run, was charged last year with a case over defrauding the public in an effort to raise private funds to build the US-Mexico border wall, to which he pleaded not guilty.

"President Donald J Trump granted pardons to 73 individuals and commuted the sentences of an additional 70 individuals," the White House said in a statement.

White House officials had advised the outgoing president against granting clemency to Bannon, US media reported.

Trump and Bannon have lately rekindled their relationship as the president sought support for his unfounded claims of fraud in the November presidential election.

Trump leaves office on Wednesday, when Joe Biden, a Democrat, is sworn in as the next US president. The Republican president, who will skip Biden's inauguration, was not expected to pardon himself, members of his family or lawyer Rudy Giuliani, who was at the forefront of Trump's unsuccessful efforts to overturn the results of the 2020 presidential vote.

Bannon, 67, is the latest prominent Trump ally to receive a presidential pardon. Previously, Trump pardoned former National Security Adviser Michael Flynn for lying to the FBI about his conversation with a former Russian ambassador, and conservative lobbyist Roger Stone, who was convicted of lying to the Congress during its probe into Russia's  interference in the 2016 presidential election. The president also pardoned Paul Manafort, Trump's 2016 campaign manager who was convicted in 2018 in connection to an investigation into Russian meddling in the presidential election.