A Norwegian lawmaker has nominated the US president for the 2021 award for helping to broker the Israel-UAE peace deal, according to FOX News. And it's not the first time Trump has been put forward. 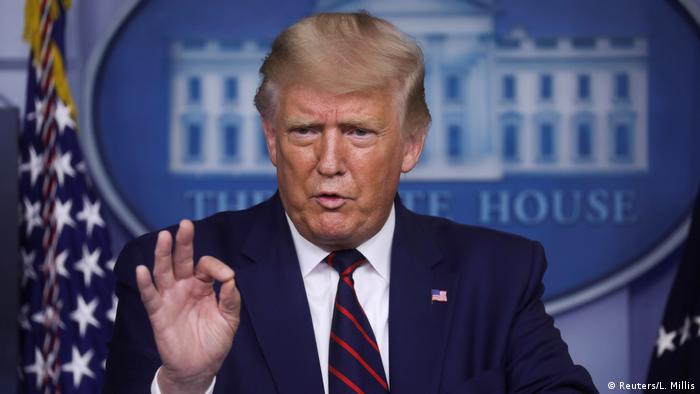 US President Donald Trump has been nominated for the 2021 Nobel Peace Prize, US news site FOX News reported Wednesday.

The nomination was submitted by Christian Tybring-Gjedde, a member of the Norwegian Parliament.

Trump helped broker a peace deal between Israel and the United Arab Emirates in August.

"For his merit, I think he has done more trying to create peace between nations than most other Peace Prize nominees," Tybring-Gjedde, a four-term member of parliament who also serves as chairman of the Norwegian delegation to the NATO Parliamentary Assembly, told Fox News.

Tybring-Gjedde also submitted a nomination for Trump in 2018, following the US president's summit with North Korean leader Kim Jong Un. Trump did not win the award.

Trump previously implied that he deserved the prize, after Ethiopian Prime Minister Abiy Ahmed won the award in 2019. In remarks made in January 2020, Trump claimed he, not Ahmed, was key in brokering peace in the African nation, and did not formally congratulate Ahmed.

Over 300 individuals and organizations have been nominated for the 2020 award, the most ever. The winner of the award will be announced in October this year.

Nominations may be submitted by any person who fits the criteria, and the Nobel organization does not formally announce a list of nominees until 50 years have elapsed. The Norwegian Nobel Committee decides on the winner.

The 2021 award would be nominated in October of that year, after Trump's current term as president will be over.

US elections: Trump's support at risk over alleged military insults

Donald Trump has come under fire for allegedly calling fallen US soldiers "losers." The military is revered in the US, and Trump claims the charges are false. Any perceived disrespect could hurt his election chances.