Former President Donald Trump has slammed Republican Senate Minority Leader Mitch McConnell after he said Trump is responsible for US Capitol breach. Republicans are divided over Trump's future in their party. 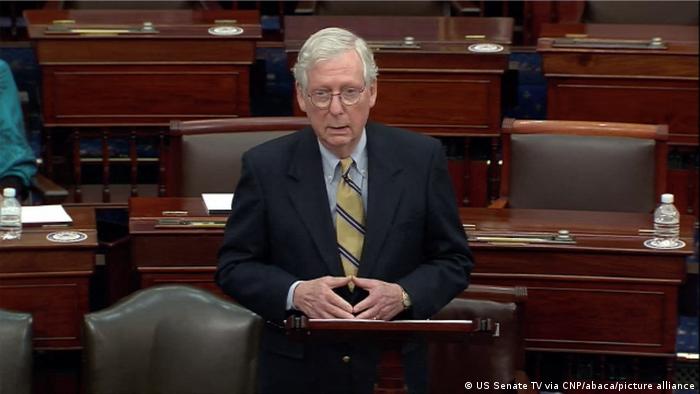 McConnell voted to acquit Trump during the Senate impeachment trial

"The Republican Party can never again be respected or strong with political 'leaders' like Mitch McConnell at its helm," Trump said in a statement. "Mitch is a dour, sullen, and unsmiling political hack, and if Republican Senators are going to stay with him, they will not win again," he added.

Trump said he would vow to support primary challengers against congressional Republicans that voted for his second impeachment. In the House of Representatives, 10 Republicans voted to impeach Trump over his role in the January 6 Capitol breach, while seven Republican senators voted to convict Trump during the Senate impeachment trial on Saturday.

Trump's statement comes after McConnell said Saturday that the former president was "practically and morally responsible" for the storming of the Capitol. Although McConnell ultimately voted to acquit Trump during the Senate trial, he said Trump could face legal repercussions for his actions.

The many reported misdeeds of Donald Trump

"President Trump is still liable for everything he did while he was in office, as an ordinary citizen, unless the statute of limitations has run," McConnell said in a speech on the Senate floor, adding the former president "didn't get away with anything yet."

In a Wall Street Journal op-ed published on Monday, McConnell defended his decision to vote in favor of Trump's acquittal, but said he had been "outraged" by Trump's actions. He has also recently signaled he would oppose Trump-backed Republican Senate primary candidates if he believes they are not electable.

Republicans are divided over the role Trump and Trumpism should play in the future of their party. Jeff Flake, a former Republican senator from Arizona, has said the party should move on from Trump.

"Let's not compound the grievous injury to the country and our party by continuing to embrace him, for Trumpism is the opposite of conservatism," Flake said in an op-ed published on CNN's website on Monday, referring to the former president. Flake had endorsed Democrat Joe Biden against Trump during the 2020 election.

House Republican Adam Kinzinger of Illinois has also frequently criticized Trump's influence in the party. Kinzinger launched a political action committee in January to support anti-Trump Republicans and to purge Trumpism from the party.

An op-ed from the conservative editorial board of the Wall Street Journal published on Sunday warned Republicans that Trump would not be able to win another national election.

"The country is moving past the Trump Presidency, and the GOP will remain in the wilderness until it does too," the op-ed said. 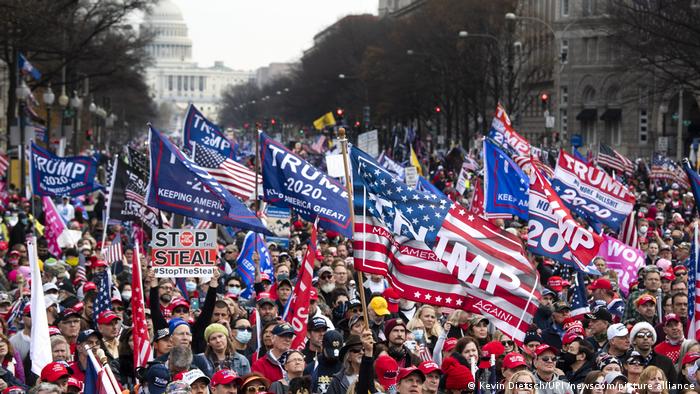 Although some Republican politicians have expressed their opposition to Trump, a majority of Republican voters have said they would support Trump if he ran for the presidency again in 2024.

A Politico/Morning Consult survey released Tuesday showed 59 percent of Republican voters believe Trump should play a "major role" in the party going forward, with 54 percent saying they would support him during a hypothetical 2024 presidential primary election.

Even if Trump does not run in 2024, he could serve as a kingmaker during the Republican presidential primaries. Several staunch Trump Republican allies, such as Missouri Senator Josh Hawley, Florida Governor Ron DeSantis and Texas Senator Ted Cruz are some of the prominent conservatives who may choose to run in 2024 with the former president's support.

Top Democratic leader Nancy Pelosi has announced a probe into the breach of the US Capitol by former President Donald Trump's supporters in January. Some Republicans have also expressed support for the idea.