Doggerland: How did the Atlantis of the North Sea sink? | Science | In-depth reporting on science and technology | DW | 23.12.2020

Doggerland: How did the Atlantis of the North Sea sink?

For a long time, scientists believed that a powerful tsunami destroyed Doggerland 8,200 years ago. Sediment analysis now suggests that the land once connecting Great Britain with the rest of Europe had a later demise. 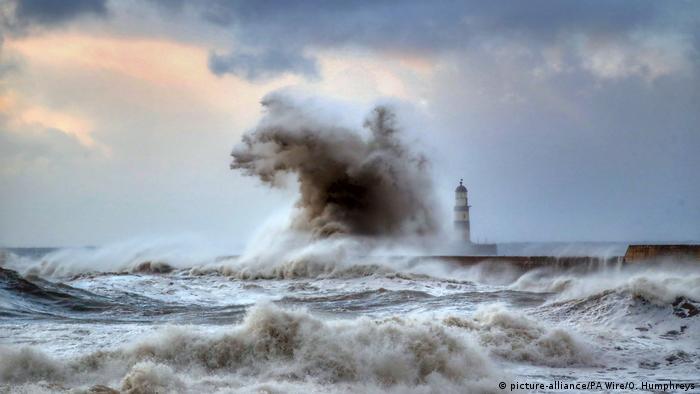 Around 10,000 years ago, at the end of the last ice age, the sea level in northern Europe was still about 60 meters (197 feet) below what it is today. The British Isles and the European mainland formed a continuous landmass.

Relatively large rivers crossed this landmass, but in a different way than we know today. The Elbe, for example, flowed into a large inland lake. The Rhine flowed from east to west over long distances. Before it reached the sea at the latitude of Brittany, the Thames flowed into it.

Where the North Sea is today, there were fertile meadows and forests through which hunter-gatherers roamed. The coast ran about 300 kilometers (186 miles) further north along an area of about 30,000 square kilometers (11,580 square miles) that received the name of "Doggerland" in the 1990s, called after a sandbank now located in the region.

We do not yet know much about life on this sunken tract of land. Every now and then, fishermen have found mammoth teeth and bones of now-extinct land animals, such as aurochs, in their nets.

In 1931, fishermen discovered a 21.6-centimeter-long (8.5-inch-long) prehistoric harpoon made of bone with ornate decorations in their trawl nets, which has been dated to 11,740 BC. In 1988, a stone disc ax from the Mesolithic was recovered. For a long time, however, Doggerland remained a seeming myth.

Systematic mapping of the seafloor

It is only in the last 20 years that researchers from the UK in particular have been using special ships to systematically examine the seabed for traces. Most of the investigations focus on the area of Brown Bank, also known as Brown Ridge, a shoal about 30 kilometers long between the UK and the Netherlands. Today, the sea there is between 18 and 20 meters deep.

The scientists are compiling geophysical data and analyzing cores from the sediment layers there. Using artificially generated seismic waves, archaeologists at the University of Bradford have been able to map the geological makeup of the seabed fairly accurately.

In the sedimentary layers, they have found the genetic material of animals and plants, which suggests there were extensive mixed forests and sprawling hilly landscapes with wild cattle and pigs, reindeer and other mammals — ideal conditions for the Stone Age hunter-gatherers. 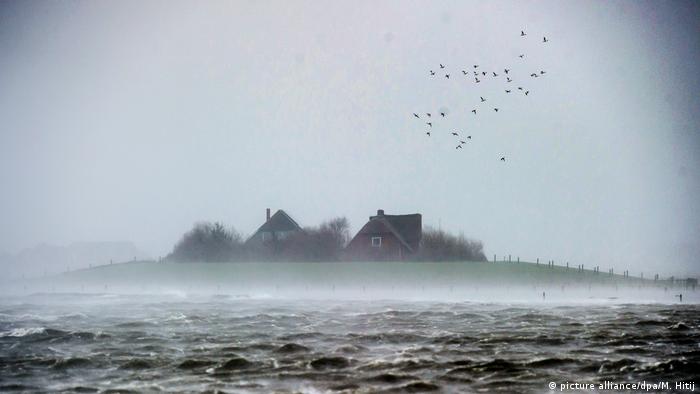 Many of today's Halligen, or small islands without protective dikes, in the North Sea also barely peek out of the water

However, this fertile land became smaller and smaller over time, because with the end of the ice age, the sea level rose — by 35 meters in two millennia, or almost 2 centimeters per year. Gradually, only the higher parts of Doggerland still rose out of the sea. But the remaining island was still about as large as today's Wales, with an area of some 23,000 square kilometers.

An apocalyptic catastrophe far off the Norwegian coast put an end to the shrinking island. About 8,200 years ago, huge parts of the continental slope broke off in the sea far below the surface in several phases during the so-called "Storegga Slides". Over a stretch of about 290 kilometers, an estimated 3,500 cubic kilometers of rock and debris plunged into the water's depths.

The resulting tsunami, at least 10 to 12 meters high, raced across the sea. On the Shetland Islands north of Scotland, sediment data have indicated a tidal wave that was more than 20 meters high. Even in England, the effects of this wave can still be traced 40 kilometers from the present-day coast.

Destroyed, but not sunk

For a long time, scientists assumed that a tsunami of this kind also caused the Dogger Bank, which was still protruding from the sea, to sink completely. According to a study by researchers at the University of Bradford, however, there was no single, all-destroying tsunami.

Rather, by examining sediments, the researchers were able to prove  that only the northern part of Doggerland was submerged after the tsunami and that the destructive force of its floods was probably slowed down by hills or forests on the island.

New life after the flood

It is true that large parts of the forests were destroyed, that people and animals perished in the floods, that the seawater salinized the soils and that, in many places, only marshlands were left behind.

However, after the water receded, the flooded area recovered over the years, as is demonstrated by the fact that evidence of plants and animals can be found again in the sediment layers above the disrupted tsunami layer. 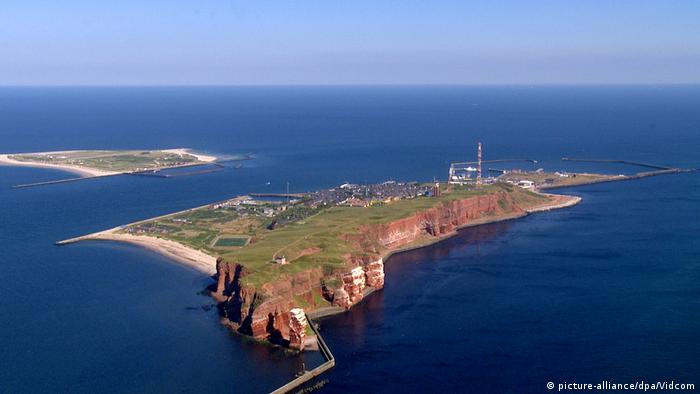 So life probably continued on the Dogger Bank for some centuries after the tsunami,.

It was not until 700 years after the Storegga landslides — around 5500 BC — that the sea level rose so much that the North Sea engulfed the rest of the Dogger Bank. At that point, the island was completely submerged, and all traces of it vanished into the waves of the rough North Sea.