After his owner slipped and fell 150 meters (nearly 500 feet) on Mount Velebit, an Alaskan malamute called North kept him warm for 13 hours until help arrived. 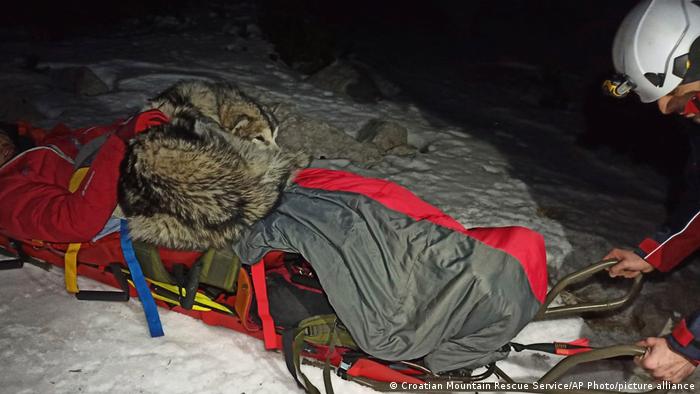 An Alaskan malamute called North fell together with his owner, but remained uninjured

The Croatian Mountain Rescue Service (HGSS) praised an Alaskan malamute for rescuing his human, writing on Twitter that "friendship and love between man and dog knows no boundaries."

The incident left the hiker with a badly hurt leg, but the dog remained uninjured. North kept his master warm with his body heat for 13 hours until rescuers arrived.

"North was uninjured, but his friend, the young mountaineer was less fortunate," the rescuers said.

The emergency service said the overnight operation was particularly difficult because of snow, ice and broken tree boughs that blocked access to the spot. A team of 27 people took part in the rescue, reaching the pair around midnight and handing over the hiker to medics at 8:00 the next morning.

The dog "curled beside him and warmed him with his body," HGSS wrote on Twitter. "His loyalty didn't stop even when the rescuers came, he was one of us, guarding his man for 13 hours.''

They added that "this example could teach us all how to care about each other.''

AP material contributed to this report.