Dog Commits Big No-No in Germany: Free-Riding a Train | News and current affairs from Germany and around the world | DW | 02.01.2008

Only in Germany would police arrest a dog. But arrest a collie they did, for a major canine "faux-paw:" trying to get a free ride on one of the country's most treasured modes of transport. 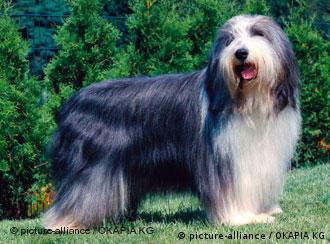 Surely nothing this cute could commit a crime?

Lovers of law and order that they are, Germans just couldn't have it that a dog would dare to ride the train without a ticket. So, police arrested the rollicky collie near the central city of Kassel.

But rather than be angry, Kassel cops were amused by the dog's antics. Police said the collie jumped aboard the passenger rail-car at a stop in Hümme, a tiny town near Kassel, in the state of Hesse. 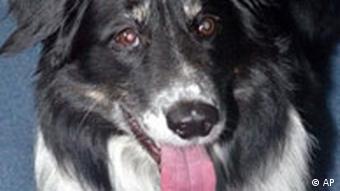 Then again, some collies look clever enough to make a dash for the train

The train driver, luckily, was adept at multi-tasking and managed to grab the canine beast and tie it up to his seat. Police in Kassel later placed the dog in the city pound.

The dog also committed a second big no-no in the German handbook of responsible living: not registering his identity to city officials.

The Kassel cops were still impressed by the scoundrel, though. They said it reminded them of canine screen star Lassie, who always managed to make the cross-country journey home to its owners -- without a train ticket.

After cat and dog fur were found in products sold in the European Union, the bloc moved to prohibit trade in the animals' fur as of 2009. That's too late, say animal rights activists in Germany. (27.11.2007)

A Shaggy Dog Tale Of Hair to Haute Couture

A German woman has realized there's a lot to be said for the hair of the dog. She's started a business making clothes for customers from the fur of their pet dogs. (30.08.2007)

Germans take their dogs almost everywhere, and some claim the nation's relationship to them is unique. At least, it seems to be the only place with a reality TV show set on finding the most talented, telegenic pup. (18.12.2006)

How can other animals be prevented from train free-riding? Please include your name and country in your reply.

Two dog owners engaged in a fight which culminated in one woman biting another in eastern Germany. Meanwhile, their dogs "simply looked on," police said.