Documenta Artists Sees Her Work Scraped Off the Streets | News and current affairs from Germany and around the world | DW | 15.06.2007

Documenta Artists Sees Her Work Scraped Off the Streets

An artist showing at Germany's Documenta exhibition of cutting-edge contemporary art is irate that her work, which consists of white tape stuck on roads to form crosses, was quickly removed by Kassel municipal workers. 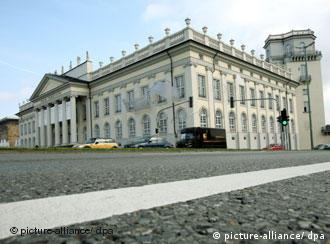 Rosenfeld's work has been in front of the White House

Lotty Rosenfeld described herself as "appalled" that her work of art was unceremoniously removed by sanitation workers in the city of Kassel, who, one should add, probably had little idea they were destroying works of art when they scraped her white tape off the pavement on city streets.

"It's an act of violence and I feel I've been completely disregarded," she fumed to the dpa news agency.

The Chilean artist's work, putting white tape crosses on streets, dates back to an illegal art action from 1979 in Chile's capital Santiago. There she created hundreds of crosses -- representing death -- to protest the brutality of the dictator Augusto Pinochet. 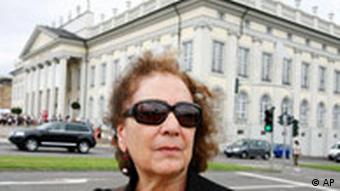 Since then she has repeated the work in many countries and cities, including India, Berlin and in front of the White House in Washington, DC.

"Sometimes the crosses were removed on the same day, sometimes after a year and sometimes not at all," she said. "But in Kassel, the process seemed particularly brutal."

It appears German efficiency and an inborn need for order took the South American by surprise.

"They scraped it off with shovels and just threw it into the trash," she said. "That hurt."

But she's not blaming sanitation workers. Rather, she's pointing her finger at Documenta officials, saying they didn't really appreciate her work.

As for the exhibition, a spokesperson said the curators do regret the destruction of the work, "but traffic rules still apply, even in the city hosting the Documenta."

Germany, with its fairy tale castles and Romantic Road, is a hot new destination for Chinese tourists. Now, one town here is going to host 1,001 visitors from Beijing. But don't call them tourists -- they're art. (13.06.2007)

A Mix of Old and New, Kassel Prepares for Documenta 12

The Documenta art show begins on Saturday in Kassel, a city caught between old and new very much to the delight of its many visitors. (12.06.2007)