Do refugees travel to their home countries on vacation? | Germany | News and in-depth reporting from Berlin and beyond | DW | 11.09.2017

The German media has reported that refugees have been vacationing in the countries from where they fled persecution. How often has this happened, and what types of consequences exist for the refugees who do this? 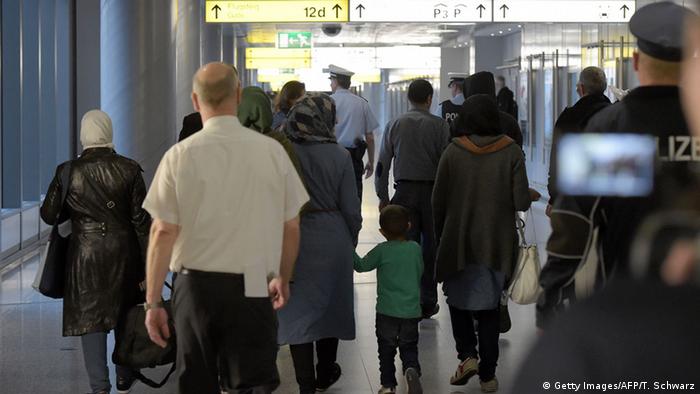 Chancellor Merkel has threatened refugees who travel to their countries with consequences for their actions. She told the "Welt am Sonntag" newspaper on August 27 that this was unacceptable and that it may be "a reason to reconsider the right to asylum."

The Welt on August 27 cited local media saying that the Foreigners Office in the German state of Baden Wurttemberg had documented cases of 100 refugees who had traveled to their countries of origin, sometimes several times, and nevertheless managed to retain the legal protection granted to them as asylum-seekers. The German media based this on a survey done by the German Interior Ministry. The refugees would go on business trips or on family visits to their home countries.

Karim al-Wasiti, a member of the refugee council in Lower Saxony, told InfoMigrants that, "The review of refugee files is done periodically, and as long as the refugee has not yet obtained German citizenship, the authorities can re-examine their case." He told InfoMigrants that revising asylum laws is something that "exists only in Germany" and is influenced by the laws of asylum in other European countries. In 2016, asylum authorities reviewed 842 Iraqi refugees' files and 630 decisions were issued. In 26 cases, people had their asylum withdrawn.

In the same year, 782 Syrian cases were re-examined, with 317 decisions made. There was one withdrawal of asylum under the German Basic Law and 41 withdrawals of refugee status under the 1951 Geneva Convention. Article 73 of the Asylum Act regulates the reasons and mechanisms for the withdrawal of asylum. One of the reasons for reviewing asylum files is a change in the security and political situation in the country from which the refugee fled.

How does the law work?

Refugees who spent holidays in their home countries mostly came from Iraq and Syria, German newspaper Welt quoted a spokesman as saying. The spokesman said one had to expect "large undeclared figures" for such cases. Wasiti disagreed, saying, "The individual cases are very limited and it does not rise to the level of a phenomenon." 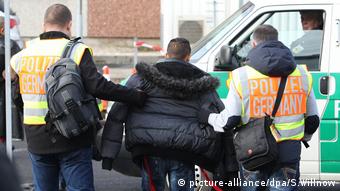 Some refugees may have their asylum status revoked in Germany

"The law provides that travel itself does not constitute grounds for abolishing asylum, but it may lead to reopening  their asylum case," Edith Afram, a spokeswoman for the Federal Office for Migration and Refugees (BAMF), said in a statement to InfoMigrants. "The Federal Office for Migration and Refugees recently issued an explanation that not every trip of this kind violates the asylum law," Wasiti added on a similar note.

However, this process does not happen overnight. "The refugee provides the reason for his visit to the country where he fled from and on the basis of the refugee's answers, the Federal Office for Migration and Refugees decides either to close the case or withdraw asylum."

Even so, the case does not end, because the refugee can appeal to the court against the decision. "Before the deportation of the refugee, the Department of Immigration and Foreigners must take a lot of factors into account, such as the length of stay in Germany and their level of integration into the country," Wasiti said.

A spokeswoman for the Federal Office for Migration and Refugees stressed that "travel for leave may be evidence that the refugee is not being persecuted." This is the legal justification for the withdrawal of asylum. However, the spokeswoman reiterated that humanitarian and special cases are taken into account: "Temporary residence in the country of origin can be understood in special cases such as a disease or death of an immediate relative."

Several German agencies are sharing information on these cases. The most important are the Federal Police, the Immigration and Foreigners Service and the Federal Office for Migration and Refugees. A spokesperson for the Federal Office for Migration and Refugees said the office could not re-examine the cases if it didn't have any idea about it in the first place. There is cooperation between the different offices, which provides information on the travel of the refugee to his country of origin. However, Wasiti stressed that the exchange of information occurs "within the scope of common responsibilities and legal controls and through channels codified by the Privacy Protection Act."

In response to a request by the right-wing Alternative for Germany (AFD) party in the state legislature, Julian Würtenberger of Baden-Württemberg's Ministry of the Interior stated that when a recognized refugee travels to his country of origin for a holiday despite persecution or threat, the legality of the protection enjoyed by that refugee is questioned.

The excitement of the AFD party does not raise question marks at this particular time, especially since it comes less than a month before the next legislative elections on September 24. But what about the chancellor? The Federal Office for Migration and Refugees ignored our question as to whether the parties were seeking to highlight the issue within the debates of the elections.

In Germany, deportations of rejected asylum seekers to Kabul are set to resume, reviving the heated debate over the security situation in Afghanistan. InfoMigrants looks at the current developments. (11.09.2017)

German Interior Minister Thomas de Maiziere wants to extend the temporary ban on family reunification for refugees in the country. DW explains how the process works – and why critics want to lift the ban permanently. (11.09.2017)

A senior Bavarian cabinet minister has suggested that it was safe to have hundreds of thousands of refugees sent back. Markus Söder's comments came as Germany looks back at one year of the migrant crisis. (28.08.2016)