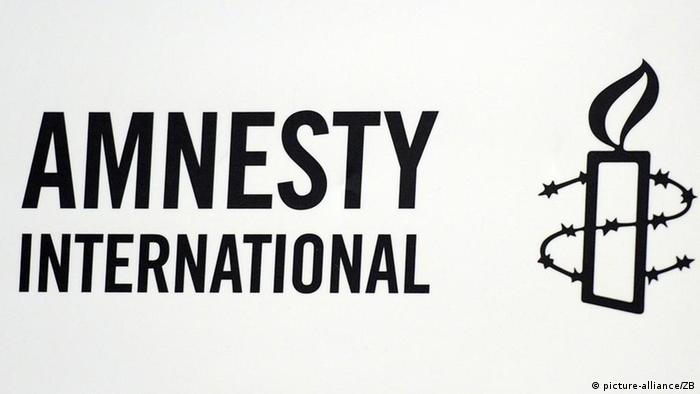 DW: Tens of thousands of people have taken to the streets in Dhaka to demand the death penalty for those convicted for war crimes, genocide, and crimes against humanity in the war crimes tribunal. Considering that one million people are said to have been murdered in 1971 at the end of the war for independence, can you understand peoples' demand to have those responsible for war crimes hanged?

Abbas Faiz: I would like to make things clear: We consider the people who are in protesting in Shahbag Square, they have the right to freedom of assembly and freedom of speech and we will always, as with any other gathering, defend their right to do that. However, we do not support the message that they are giving. And that is the message of death penalty. We are completely opposed to the death penalty and we cannot accept that.

Parliament recently passed an amendment to the law governing the proceedings of the war crimes tribunal. It allows appeals against any sentence, including inadequate sentence or acquittal. What does Amnesty International (AI) think about this initiative?

On the face of it, there is no problem with that. But we need to look at the context in which this is being done. If they are going to use this opportunity to call for a death sentence, AI has always been against the death penalty. We are not against the trial of people who have been accused of serious human rights violations in 1971. But we are against the death penalty and we believe that the government must not call for it and we hope that they will appreciate that there is a problem with the death penalty because it is irreversible. In many cases, new evidence comes to light after several years, and if someone has already been executed, they do not get the chance to receive justice. At the same time, AI considers the death penalty a violation of the most basic human right of every human being in the world.

Human rights organizations have criticized the procedures of the war crimes tribunal. What are the main aspects they criticize?

There are two aspects to the trials. One is the legislations under which this trial is taking place, and the other one is the conduct of the trial. With regard to the legislation, we have a legal analysis and we believe that some aspects do not conform to the internationally accepted fair trial standard. For example, there is a constitutional ban on the right of the defense to challenge the jurisdiction of the trial. They should be able to do that, but because of this constitutional ban, they are unable to. With regard to practice, we are still studying the details and the evidence put forward both by the defense and by the prosecution to find out whether or not the conduct of the trial has been fair or unfair.

What happens if people inside Bangladesh criticize the tribunal or its procedures? Can they express their views freely?

Exactly that is the one of the issues that we are planning to raise with the government of Bangladesh. When we talk about freedom of speech, opinion or expression, it should cover every single person. It mustn't just be for people who are supporters for a particular party or supporters of the government. We believe that everyone has the right to express their rights freely and openly. However within this [movemebt] we have come to notice that the people who are gathering in the Shahbag Square calling for retrial and those calling for death penalty, all seem to be under attack. Some members of those groups have been attacked. One person has already been killed - hacked to death. There are rumors or other attacks. At the same time, journalists who have criticized the conduct of the trial and the legitimacy of it also seem to be under attack. So really it is for the government of Bangladesh to ensure that no one is subjected to any harassment or to any attack for expressing their opinions. And that is what we have been telling the government of Bangladesh. 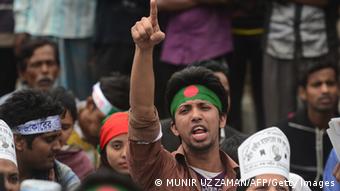 The movement of the protesters is anti-fundamentalist and stands for the reconciliation with the past and for democracy which is a remarkable civil society initiative. How can this mass movement reach its aims without having to demand the death penalty?

I think it is very possible for the mass movement to bring Bangladesh to a better future. The people are expressing their views, their feelings. They are really trying to talk about their past. And let's not forget that the people who have been responsible for those mass killings in 1971 have been enjoying impunity. I am not saying that any particular person who is now on trial is one of those people, but that chapter in the history of Bangladesh has got to come to a close, and this movement has the capacity to close it. But we believe that the initial stages of this movement, their go for the death penalty, is not going to lead to the future that this movement itself is looking to bring to the country.

I think the movement should call for justice - justice for the more than one million who were murdered during the 1971 war of independence in Bangladesh; justice for tens of thousands, possibly hundreds of thousands of women who were subjected to gender-based violence during this period; justice for millions of people who actually had to escape the country in search of safety over the borders of India. All of these victims and the survivors, they deserve justice, and it is the responsibility of the government to bring them to justice. But that justice has to respect certain principles. The trials should be fair. And as an independent human rights organization, AI will also defend the rights of the accused. We are not just defending the rights of the survivors and the victims, but also the human rights of the accused.

How does AI recommend the government ensure a fair and transparent tribunal that will bring justice while at the same time respecting human rights?

We have been asking the government of Bangladesh that these trials should take place in a certain way: first of all there should be no torture. Fortunately, there haven't been any serious allegations of torture up to now. That area has been taken care of. The second issue is that the trials should be fair, based on internationally established standards. And thirdly, we have been calling upon the government of Bangladesh to ensure that the death penalty is not used. But unfortunately, new changes to the law mean that the prosecution can call for the death penalty more easily.

The execution of Afzal Guru, who was convicted for the 2001 attack on the Indian Parliament, has triggered outrage among activists who believe the man was denied a fair trial. (12.02.2013)

The Afghan authorities have confirmed that 14 prisoners on death row were executed over days earlier this week. The reason given for the executions: political pressure from the government. (23.11.2012)

The Mumbai execution was hailed by many Indians but there are others who opposed it, citing reasons that the death penalty should be abolished. Kasab's hanging has, however, reignited the death penalty debate in India. (23.11.2012)