Diversity the norm in one German classroom | Germany | News and in-depth reporting from Berlin and beyond | DW | 07.06.2013

Diversity the norm in one German classroom

Children who are immigrants or the children of immigrants often need special lessons. In Bonn, some parents reach into their own pockets to make sure kids get the language help they need. 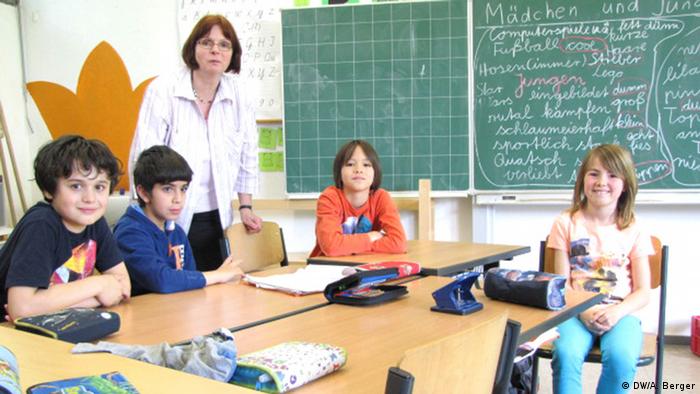 The school day began with tears: Pauline started crying after Denise teased her about her new glasses. Ms. Schäfer needed a little extra time to assure Pauline that she looks fine and tell Denise that she shouldn't make fun of people. Finally, everyone in class 3A is calm and ready to learn.

During German instruction, Pauline clearly and loudly asked Emre a well-formed question - with subject, verb and object. After his correct answer, Emre turned to ask a question of Ali. Altogether, 23 schoolchildren from 12 countries fill Gabriela Schäfer's third-grade class in the German city of Bonn.

Some, like Leo, include more than one foreign country in their heritage: "I'm from England, my father is from the Netherlands, my mother is from South Africa and my sister is from Germany."

German forms the primary language for interaction at the Bonn school, despite some students having a shared language they may speak at home. Teacher Markus Wolf said that children do speak a shared second language during breaks, "when it's about making sure other children don't understand them." 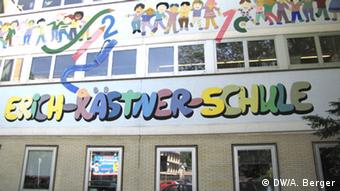 "German as a second language," or GSL, has become a fixture here: "We consider which subject they won't miss much in, and during this time they go into GSL instruction," Schäfer said.

Such additional language support has become standard at virtually all schools in Germany. School officials have learned from sobering studies, such as standardized testing known as PISA, in which Germany has ranked low in relation to more than 50 other countries.

But parents at the Erich Kästner School in Bonn said they felt this is not enough. With their own, often generous, donations and a contribution from school officials, the parents fund an additional teaching position.

For Wolf and Schäfer, the question is not whether parents are concerned for the children who need extra help or want to prevent these from holding their own children back. For the teachers, it's about how a little extra money can go a long way to solving problems by giving children individual attention.

Time to learn Chinese or German?

In Schäfer's classroom 3A, no one makes a point of which nationality someone is. Even Viktor, from Shanghai, fits right in, despite that fact that when he arrived two years ago he knew not a word of German.

Since Viktor will leave Germany next year, his parents have put less emphasis on his learning German. "I have to learn a lot of Chinese," Viktor said.

But for Schäfer, that's no reason for him to miss out on instruction. Viktor and his classmates regularly go into the room lined with books beside the school's entrance. There, Wolf helps them practice German, and assists with whatever other subjects with which they may be experiencing difficulties.

Wolf explained how he works with teachers to develop individual support curricula for each student, "since their needs are completely varied." 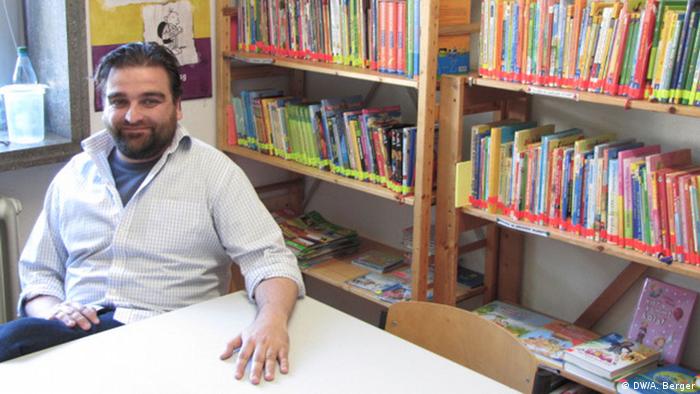 Emre, for example, hardly has any problems with his German, though he said it wasn't easy to learn. "My father comes from Iran, my mother from Iraq, and at home we speak Persian," said Emre, who is proud to be able to speak fluent Persian in addition to German.

Viktor, Leo and Ali are also all proud of their second-language abilities. The children have also benefited from learning with each other. "Leo sometimes helps others who want to know the English word for something," said student Rabea enthusiastically.

Elias also finds it good to know other languages. "They sometimes say something in their language, or can write a name in Chinese on their hand. That's cool."

Schäfer said she is convinced that they're doing things right at the Erich Kästner School: "The children believe it's completely normal to have other nationalities around. And they also see that there are children who can use a bit of their help," she said.

As Viktor, Emre and Leo speak of their heritage and families, Ella stands by shyly. She seems almost a little jealous of second language skills and foreign backgrounds. She indicates her own migratory heritage: "I'm Ella and I'm from southern Germany and Germany."

Almost one-in-four apprentices in Germany drop out of their training programs, and many intern and training positions remain open. Vocational training specialist Felix Rauner talks about the reasons for this problem. (21.05.2013)