German students are poorly prepared for the job market | Germany| News and in-depth reporting from Berlin and beyond | DW | 21.05.2013

Almost one-in-four apprentices in Germany drop out of their training programs, and many intern and training positions remain open. Vocational training specialist Felix Rauner talks about the reasons for this problem. 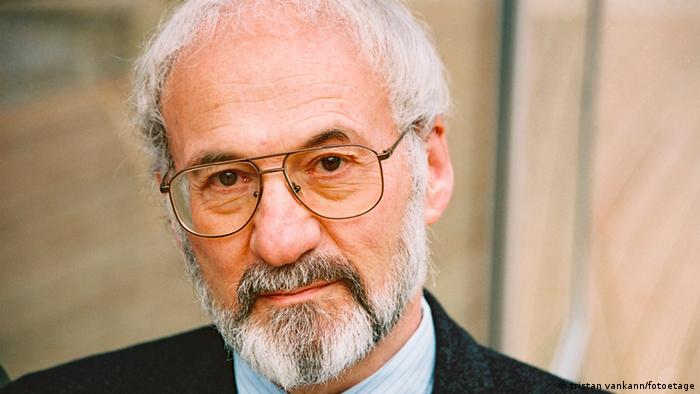 Germany's dual vocational education system may be an export hit, but that does not automatically mean everything is fine on the country's market for apprenticeship positions - to the contrary. A recent study shows that, in 2012, about 550,000 new training contracts were signed - the lowest level since 2005. Many young people break off their apprenticeship, while other positions remain unfilled. German students often have misconceptions about work routines, Bremen-based vocational training specialist, Felix Rauner, says. He says that has to do with the poor career counseling at German schools.

DW: In order to better prepare students for the working world, some schools have launched projects, like school snack bars, or school unions. Is this what every German school needs?

Felix Rauner: The idea comes from the US, where such projects have existed for decades. It spread to Germany and, of course, such initiatives are a good idea in principle. But that does not excuse the federal states from their duty of systematic attention to work orientation.

That is exactly what the state of North Rhine-Westphalia is trying to do with a new school-to-work initiative, beginning with pilot projects where, beginning in 8th grade, students are regularly advised and where traineeships are arranged. Is that what you are looking for?

It is not bad, because it is a bit more than we had before. But if we look at international developments, it is far from what is happening in other countries. In some countries, dealing with the world of work begins in kindergarten and continues from first grade onward. That is a completely different quality from the German practice. Internationally, we lag far behind when it comes to vocational counseling.

Germany spends millions of euros on professional orientation programs in schools - but still, almost one out of four apprentices drops out of their traineeship. How could all that money be reasonably spent?

I have no idea where the millions go. If you take a look at official OECD statistics, you will see that Germany is at the lower end of the spectrum concerning involvement in occupational orientation. In addition, the transition from school to work in our education system is strongly determined by a child's social background. Young people with an immigrant background learn the motor mechanics trade, while children from academic families move on to university. Wherever that system exists, occupation counseling is underdeveloped.

We have seen an ongoing debate about home economics and technology theory for the past 50 years now, and everything has been tried out with great enthusiasm, but to little avail. We just concluded a youth study on the desired profession versus the actual occupation requiring formal training. We found that only about 20 percent of the young people trained for instance as dental technicians originally wanted to learn that trade. But after completing the three-year apprenticeship, they gave the profession the highest possible rating. By comparison, animal care jobs were high on the list as desired professions, but after completion of the traineeship, the young people gave the profession a low rating. They had no idea what to expect when they began training. These results are evidence of the fact that vocational orientation does not work well nationwide in Germany.

Have such studies caused politicians in Germany to rethink the strategy?

Interest in the matter is remarkable, but there are a lot of structural problems we must solve first. Unfortunately, we do not have the tradition where schools are a part of the community, as is the case with US high schools. Instead of a culture of cooperating forces - parents, teachers, businesses and the city administration - preparing young people for the world of work, the German participants point a finger at each other. Trade representatives admonish teachers to teach the children to read and write well, and the teachers in turn criticize business demands. That is exactly what we can no longer afford to do.

Apart from the US, are other countries grappling with problems similar to Germany's but doing a better job of career counseling?

To a certain extent, it is paradox that countries with a highly developed dual training system – that includes Germany, Austria and Switzerland – have a rather underdeveloped professional orientation system. Some countries, like Norway and Luxembourg, have a highly developed professional training system with skilled workers, just like Germany, and they also offer students good occupational orientation.

If we manage to improve job orientation in Germany and to better prepare young people for the job market, that move will certainly contribute to lowering the large number of dropouts. That is important in making the dual occupational training system more attractive, in addition to constantly improving the system's quality, while developing a dual education plan that includes apprenticeships and graduate programs. It is important to show young people where their professional lives could go while they are still in school.

US companies like Ford, IBM and McDonalds have invested some 130 billion euros in Germany. Most would expect an attractive business location behind that drive, but can Germany really deliver? (14.03.2013)

UK youth get equipped for the office

Whether it's going to a job interview with clean shoes or thinking outside the box, a London initiative is combating youth unemployment by teaching the work skills you can't learn from books. (20.03.2013)

Turkish Prime Minister Recep Tayyip Erdogan is visiting Gabon, Niger and Senegal as part of an African tour. China, India and Brazil have all increased their presence on the continent. Now Turkey is in the mix. (08.01.2013)