Disney's first resort in mainland China has opened its doors after years of construction. The park is expected to draw between 15 and 50 million visitors a year. 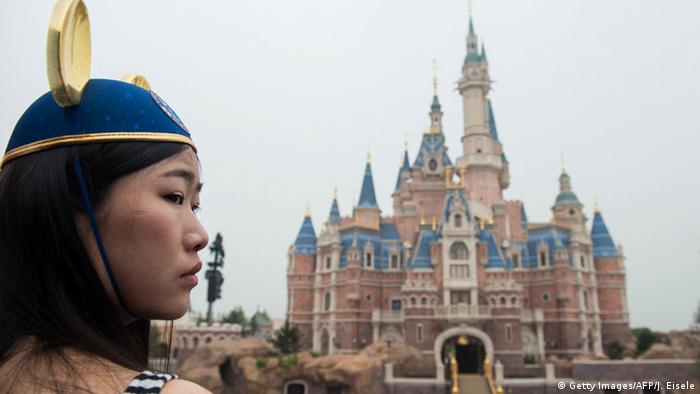 Despite gray skies and light rain, thousands of Mickey Mouse enthusiasts streamed into Shanghai Disneyland on Thursday when the park officially opened its doors.

Wang said the park was an example of US-Sino "practical cooperation" and "people to people exchanges." Commenting on the rain, Wang joked: "I would like to call this a rain of US dollars or of renminbi," the Chinese currency.

The lavish ceremony featured a children's choir singing "When You Wish Upon a Star," as well as actors dressed as Sleeping Beauty, Donald Duck, and other Disney characters dancing on stage.

"I have visited the resorts in California and Tokyo, and I feel so proud that we can visit Disneyland in our home city now," state-run Xinhua news agency quoted Shanghai resident Wan Wenqiang as saying.

"I just can't wait to see how they combine Disney with traditional Chinese elements," Wen said. 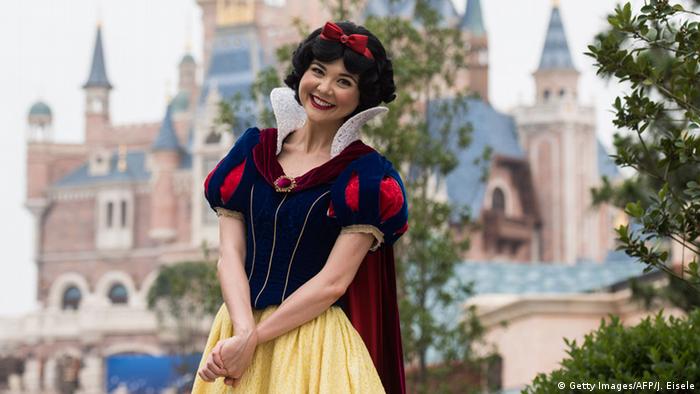 In order to appeal to Chinese tastes, Disney played down elements of Americana when designing and building the park.

"We didn't just build Disneyland in China, we built China's Disneyland," said Iger, calling it a "one-of-a-kind…destination that is authentically Disney and distinctly Chinese."

The entrance of the park is called "Mickey Avenue" instead of "Main Street USA." Stores feature Minnie Mouse in traditional quipau dresses and the Wandering Moon Teahouse is modeled after a building in eastern China.

The resort's "Garden of the Twelve Friends" mixes characters like Remy the rat from "Ratatouille" and Tigger from "Winnie the Pooh" as animals of the Chinese Zodiac.

Chinese acrobats also feature in a production of "Tarzan," while many visitors lined up to see a performance of the Chinese-language version of "The Lion King." 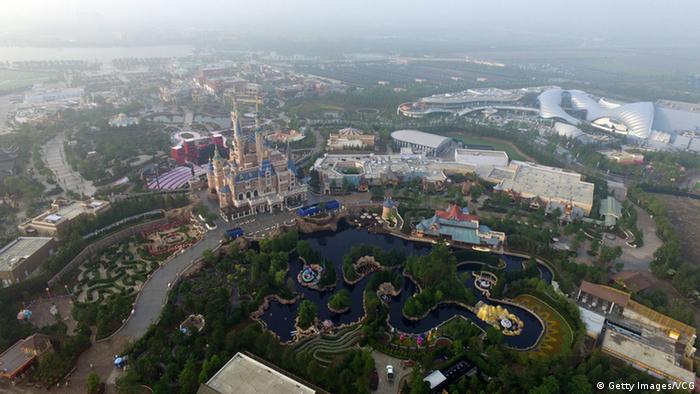 Builders broke ground on the sprawling 3.9 square kilometers (1.5 miles) resort in 2011, eyeing some 300 million potential customers who live within three hours by car or train from park.

Some analysts predict that Shanghai's Disneyland will attract between 15 and 50 million guests a year, which would make it the world's most-visited theme park. In contrast, Walt Disney World in Orlando, Florida, drew 19.3 million visitors in 2014.

Still, the park faces fierce competition for tourist cash, since China constructs more theme parks than any other country in the world.

Hopes are high for the Shanghai park, Disney's sixth one worldwide, as the company's international parks in Paris, Hong Kong and Tokyo have been struggling to attract visitors in recent years.

The opening ceremony on Thursday was dampened by the death of a two-year-old boy at Disney's resort in Orlando, Florida. The boy was grabbed by an alligator and later found dead.

The Magic Kingdom comes to the Middle Kingdom. Disney opens its first theme park in mainland China, betting the growing middle class will spend big on leisure despite a slowing economy. (16.06.2016)

Body of boy killed by alligator discovered at Disney park

A dive team has found the body of a two-year-old boy who was attacked by an alligator in Florida. The attack happened while the boy was with his father at Disney World. (15.06.2016)