According to Indian and German researchers, an experiment that involved dumping tons of dissolved iron into the Southern Ocean does not appear to be a viable way to prevent global warming. 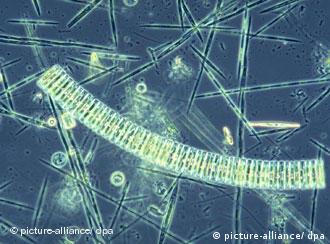 The experiment involved "fertilizing" a 300-square-kilometer (115-square-mile) area of ocean inside the core of an eddy with six tons of dissolved iron.

The iron stimulated growth of planktonic algae called phytoplankton, which researched had hoped would absorb and reduce the amount of carbon dioxide in the atmosphere.

But the scientists from India's National Institute of Oceanography (NIO) and Germany's Alfred Wegener Institute (AWI) did not expect the phytoplankton to be eaten by crustacean zooplankton.

"The cooperative project Lohafex has yielded new insights on how ocean ecosystems function," the AWI said in statement published earlier this week.

"But it has dampened hopes on the potential of the Southern Ocean to sequester significant amounts of carbon dioxide (CO2) and thus mitigate global warming." 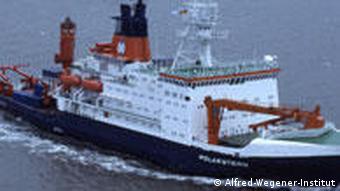 Polarstern is the most important tool in Germany's polar research program

The team set sail from Cape Town on the Polarstern vessel in January and spent two and half months conducting the geo-engineering experiment.

The idea behind iron fertilization was simple. Algae living at the ocean surface have plenty of nutrients but are starved of iron. Sprinkle iron dust on the water and they reproduce rapidly, absorbing carbon dioxide from the surface water.

At the end of their life cycle the algae die and sink. Most of the carbon would thus end up in deep water or on the sea bottom.

The ocean would absorb more carbon dioxide from the air, reducing the greenhouse effect. Sequestering carbon this was thought to be a possible strategy against global warming.

Similar projects, however, have been heavily criticized by environmentalist groups for failing to address the human behavior that causes global warming and for having the potential to change the ecosystem in unforeseen ways.

Other geo-engineering ideas include sowing sulphur particles in the stratosphere to reflect solar radiation and erecting mirrors in orbit that would deflect sunrays and thus slightly cool the planet.

The German government will go ahead with a project to dump iron sulfate in the sea causing algae to bloom and soak up carbon dioxide. Attempts by environmental groups to stop the project have failed. (26.01.2009)

After international outcry from governments and envrionmental groups, Germany has postponed an experiment in the South Atlantic which could potentially pull massive amounts of carbon out of the air. (16.01.2009)