Discord in Munich over city's philharmonic

There's wide agreement that something needs to change at Munich's prestigious Gasteig concert hall. But the city is divided over building a new hall or renovating the Gasteig. 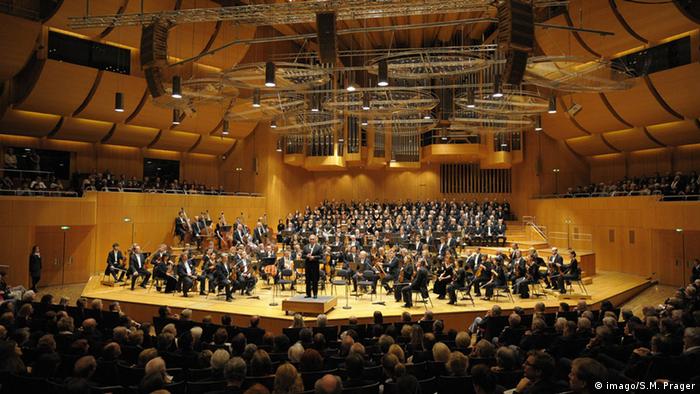 "A catastrophically bad decision," is how Munich's star violinist Anne-Sophie Mutter described the move. "It's the worst of all conceivable alternatives."

Many in the cultural arena agree with her, such as the head of Bavarian Broadcasting, Ulrich Wilhelm, as well as the broadcaster's orchestra and its principal conductor Mariss Jansons - who are outraged by a recent decision by the state's minister-president, Horst Seehofer (CSU).

Seehofer announced that Munich's Gasteig building, which hosts the city's Philharmonic Orchestra, should be renovated. The edict swept plans for a brand new concert hall from the table.

Munich residents had high expectations when the Gasteig was formally dedicated in 1984. But the reaction was subdued even in the beginning. Difficulties with the building's acoustics soon became known. After a Gasteig performance, conductor Leonard Bernstein complained that it would be best to burn the venue down. 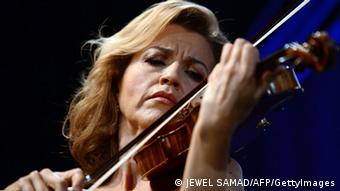 As a result, Munich's philharmonic lagged somewhat behind other top concert halls in Germany and Europe. Nonetheless, it has often played host to leading international orchestras and star soloists. The venue's ties to the Munich Philharmonic Orchestra make it the most important concert house in the city, although many consider it to be overburdened with its programming.

As early as 2005, proposals for a new orchestral space emerged in the Bavarian capital. Mariss Jansons and the Bavarian Radio Symphony Orchestra were joined in their calls by the Gasteig's official organization of supporters and donors. They wanted to see the Odeon rebuilt - a building destroyed during World War II.

"We have just one large concert hall here with over 2,000 seats - that's the philharmonic, but we don't have a second hall of similar size," explains Manfred Wutzlhofer, who chairs the Gasteig's supporter organization. "But that's exactly what the city of Munich needs on account of its significant and global programming and the demand for its concerts. The orchestras cannot develop further and expand their programs, and the rapid rise until now in subscriber numbers can't grow any more."

Regarding the proposed renovation, Wutzlhofer also argues that there are far more questions than answers when it comes to what to do in the interim period, how much the plans would cost and how they would address the current building's acoustic issues. 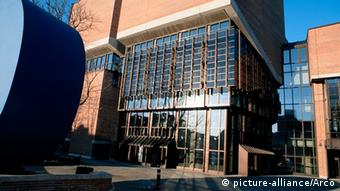 At the end of last year, all signs pointed toward work on a new concert hall - until Seehofer made his decision in favor of a renovation. It sparked a controversy both in the arts scene and in the city council. Members of the Green Party expressed disappointment, but the Social Democrats' local chairman Alexander Reissl spoke of a "good solution," saying he doesn't see the need for a further concert hall in addition to the Gasteig and a second existing venue known as the Hercules Hall.

Not an isolated issue

Germany, which offers significant state subsidies to the arts, has seen a number of proposals for new multifunctional music venues. Such projects often prove highly controversial. The concert house that has topped German headlines most in recent years is Hamburg's Elbphilharmonie - for an explosion in its building costs and repeated delays to its opening date. The first concert is now set to take place in 2017, a full decade after construction began.

While Hamburg has realized some spectacular architecture with the Elbphilharmonie, Bonn's new Beethoven Festival concert hall still exists only on paper. It was originally slated to replace the city's current Beethoven Hall on the banks of the Rhine River. However, the Beethoven Hall stands under protection as a historic building, a fact opponents of the new project used to ensure the preservation of the existing hall. Now Bonn is set to build a new home for its annual Beethovenfest next to the Beethoven Hall - with the aim of completing it by the 250th anniversary of the composer's birth in the city.

Meanwhile, construction of a new music center in Bochum continues. There, too, the sleek new building invited controversy. Critics said concert halls in the nearby cities of Essen and Dortmund made Bochum's plans superfluous. 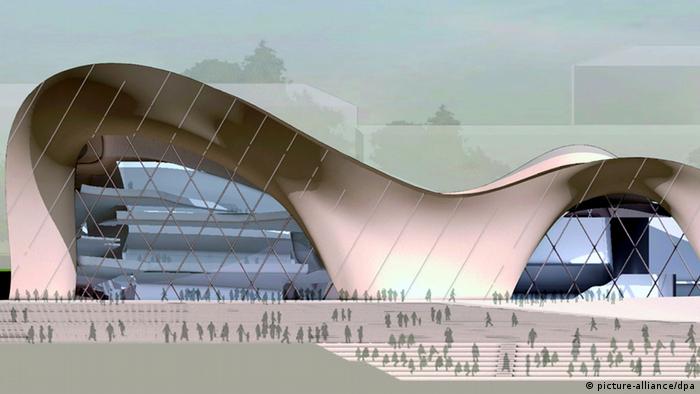 What exactly happens next in Munich's music landscape remains unclear, despite Seehofer's decision in favor of renovation. Opponents of the move say they're worried about the city's good reputation.

"When it comes to orchestral music, I can say without patriotic exaggeration that Munich is in the same league as New York, London, Vienna and Tokyo," says Manfred Wutzlhofer of the Gasteig supporters' association. "The truly great concerts take place in these places, and those cities have more than just one concert hall at this level."

Wutzlhofer dismisses concerns about the financial side of building a new venue, saying there's high demand in Munich that makes it hard to get tickets even now.

"If the city of Munich doesn't defend its position in the realm of music, it will fall out of the international league," Wutzlhofer says.

A female composer's fight to be heard

At age 30, Milica Djordjević is considered one of the most interesting composers of her generation. But the journey to get where she is today has been far from easy. (12.01.2015)

As the designated principal conductor of the Munich Philharmonic, Russia's Valery Gergiev has faced criticism for his seeming support of some of Putin's policies. Now, he is appealing to audiences in an open letter. (22.05.2014)

"Divine Spark" was the motto of the most recent Beethovenfest: magic moments with famous soloists, ensembles, orchestras, conductors and convincing performances by young artists. Listen here! (24.10.2014)