Diplomats reach agreement on Syria and Iran | World | Breaking news and perspectives from around the globe | DW | 27.09.2013

A change in tone from Iran and a draft plan for dealing Syrian chemical weapons opened windows of opportunity between the international community and the two countries. Now leaders need to agree on the details. 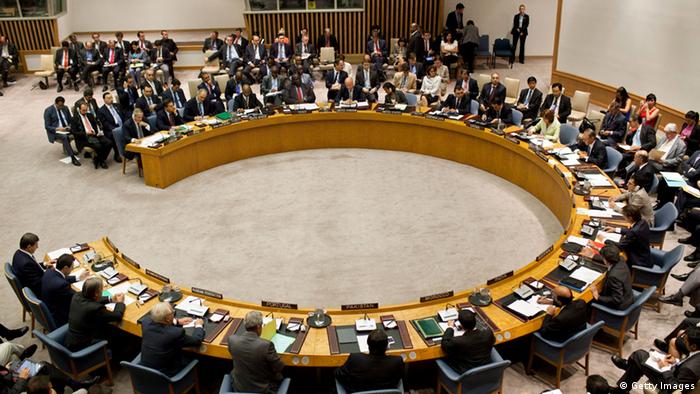 Within hours, there were long awaited reports of success concerning conflicts with both Syria and Iran. However upon closer examination, the parties' existing positions are unchanged, and key questions remain open.

Undoubtedly, there is some movement in the dispute over the Iranian nuclear program. It is almost sensational that the foreign ministers of the five UN veto powers, the United States, Russia, China, France and the UK, as well as Germany expressed optimism after meeting with Iranian Foreign Minister Mohammad Javad Zarif.

Timetable for negotiations with Iran 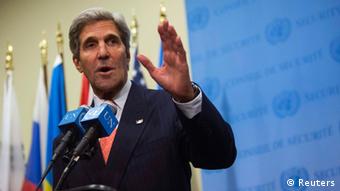 "All of us were pleased that Foreign Minister Zarif came and made a presentation that was very different in tone and very different in the vision he held out with respect to the possibilities for the future," said US Secretary of State John Kerry, comparing it to that of the former Iranian President Mahmoud Ahmadinejad, whom he described as blustering and provocative. "We've agreed to try to continue a process that we'll try to make concrete, to find a way to answer the questions that people have about Iran's nuclear program."

This needs to be done very quickly during talks set for mid-October in Geneva, Switzerland. It will almost certainly boil down to some kind of bargain: Iranian concessions on the nuclear program against the easing or even removal of economic sanctions.

"Tangible results are what counts" 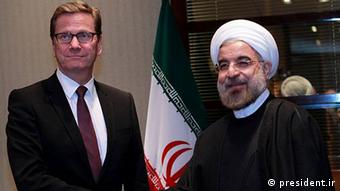 Negotiations by the experts in Geneva will be seen by many as the real test of the seriousness of Iran's intentions. "Words are not enough - action and tangible results are what counts," said German Foreign Minister Westerwelle, who is said to have a good relationship with Zarif: Westerwelle had met with Zarif and the new Iranian President Hassan Rouhani two days earlier.

Kerry took a notable step toward the Iranians. After the meeting of the five major foreign ministers he held the first bilateral meeting with Zarif, and along with it came a long-awaited US-Iranian handshake.

Zarif also spoke afterwards of "very substantive discussions." Like his president in the much-publicized speech to the UN General Assembly, Zarif also promised to take the concerns of the international community seriously and to ensure "that there is no concern at the international level that Iran's nuclear program is anything but peaceful."

To show this, the Iranians should allow UN inspectors to visit nuclear facilities, Kerry said in a televised interview.

Matthew Duss of the Washington Center for American Progress said the news that Kerry and Zarif met one-on-one is very positive, as is the news that Zarif put offers on the table.

"This indicates the new Iranian government's conciliatory words are being matched by a willingness to engage on the tough issues," Duss told DW. "As with the Syria resolution, it shows that the Obama administration's patient diplomacy is beginning to pay off."

Use of force in Syria remains controversial

The Americans also announced what they called an agreement with Russia on a UN Security Council resolution concerning Syria. Standing alongside his Russian counterpart, Sergei Lavrov, Kerry said: "We did reach agreement with respect to the resolution. We are now doing the final work of pulling that language together."

An analysis published in "The New York Times" said the draft did not refer to Chapter VII of the UN Charta, which permits the use of force. Instead of an automatic mechanism permitting the use of force, if Syria fails to comply with international regulations - a move strongly opposed by Russia - the draft calls on the UN Security Council to decide on further measures.

The US ambassador to the UN, Samantha Power, wrote in a message on Twitter that the draft resolution "creates a new norm against the use of [chemical weapons]" and would be presented to the entire UN Security Council on Friday.

In the draft resolution, there is also no reference to those responsible for the deadly use of chemical weapons in the vicinity of Damascus.

German Foreign Minister Westerwelle praised the text as a "step in the right direction." The agreement raises hope for a legally binding framework giving the Syrian government "clear guidelines" and a "precise timetable" for the elimination of chemical weapons.

Resolution does not change the Syrian civil war 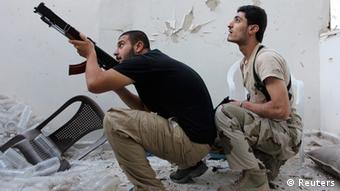 While international diplomats celebrate the results of their negotiations in New York, fighting continues in Syria. Regardless of the language in the final Security Council resolution, little, if anything, will change in Syria's bloody civil war.

"It's true that the resolution does not move us any closer to a resolution to the civil war, but it does address Obama administration's more immediate goals with regard to chemical weapons," Duss said. "I think the movement toward including Iran in talks over Syria's future is positive sign for a political resolution."

In New York, the diplomats are working feverishly and it's possible a date for an international conference on Syria will be announced in the coming days. Geneva II, as experts call the conference, may finally bring all parties to the table.

As the UN comes closer to reaching a resolution on Syria to give up its chemical weapons, DW asks five Syrians how, if at all, the international community can help bring the conflict to a close. (27.09.2013)

The new Iranian President Hassan Rouhani is signaling a desire to approach the West. DW's Jamsheed Faroughi thinks Rouhani's speech at the UN assembly stokes hopes for a possible reconciliation. (26.09.2013)