As the number of refugees arriving in Germany continues to decrease, many shelters are closing. A facility in Cologne is using the current calm as an opportunity to become more prepared. DW's Kate Brady reports. 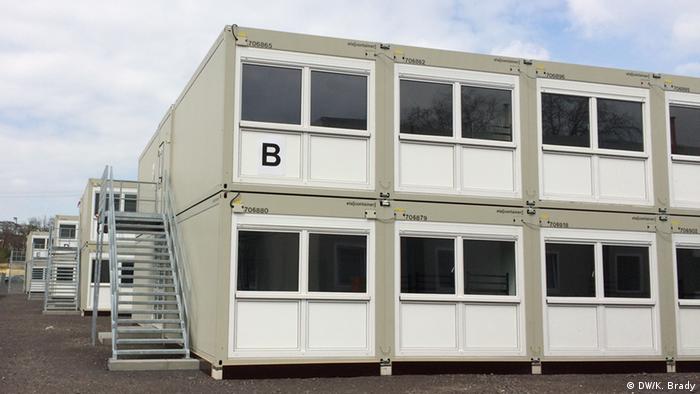 Set back from the roadside in the Cologne suburb of Bayenthal, a small portable village stands ready and waiting to provide shelter to some 480 refugees. But with the number of refugees arriving in Germany on the decrease, the temporary accommodation is currently home to just 30 people.

"We first noticed that there were fewer residents arriving at our refugee accommodation at the beginning of the year," Patrick Quack, the leader of the education team at the Bayenthal shelter, tells DW.

According to the latest figures from the Interior Ministry, a total of 5,000 refugees came to Germany in March - or about 200 per day. Just two months earlier, more than 2,000 people were still arriving in the country every day.

The ministry has largely attributed the decrease to the closing of the Balkan land route used by hundreds of thousands of people headed to northern countries from Greece, as well as the implementation of a deal between the European Union and Turkey to reduce the number of people with asylum claims on EU soil.

As a result of the decrease, many of the makeshift shelters that quickly went up last year in sports halls and gyms have been shut down. In the state of North Rhine-Westphalia, where Cologne is the largest city, 22 such shelters have already closed. 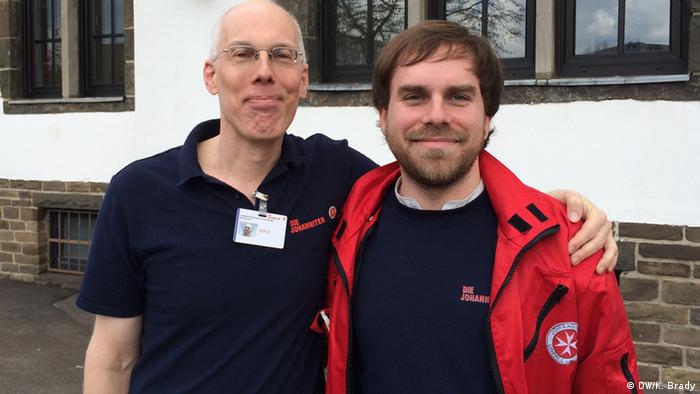 Walking around the site of the former brewery, it's easy to presume that the Bayenthal shelter, run by the Johanniter help organization, will be following suit. Empty corridors and a dining hall occupied by more security personnel than residents highlight the significant decrease in refugee arrivals. In the on-site kindergarten, most of the teddies and dolls are left unplayed with while four young girls entertain themselves in a far corner.

The current calm at the site has its benefits, Quack says, providing temporary relief not only for staff and volunteers, but also for the people who live there. "Of course, when there are fewer residents here, it gives us the opportunity to work more intensively with the refugees and improve what we offer the residents," he says.

The decrease in numbers following the unprecedented arrival of 1.1 million refugees to Germany in 2015 has provided aid organizations and local authorities with time to evaluate what improvements could be made - both in the meantime, and if the numbers should dramatically rise again.

"We would react differently to the situation now compared to say six months ago," Quack says. "And that's something the residents here can benefit from.

"We've been able to use the time to develop concepts for protection against violence and then of course implement them," Quack says. "We've also been able to expand what services we can offer refugees staying here and maintain comprehensive and varied facilities." 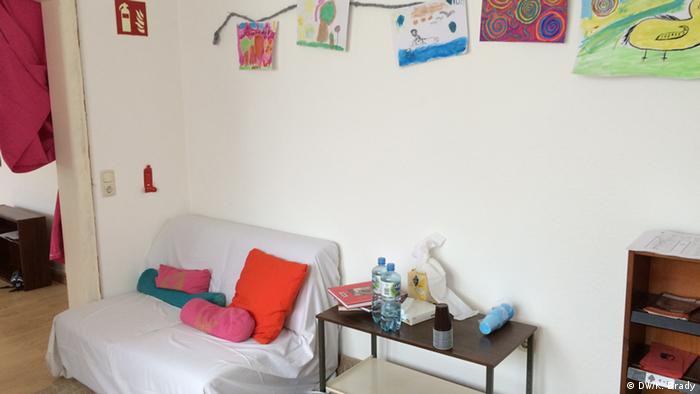 An example of the accommodations

Such changes are reflected in the main building of the refugee complex, where the clean, white, bright interior is a far cry from the cramped and humid emergency shelters erected in 2015. Artwork painted by the children, colorful cushions and embroidered table covers are the small touches that make the interim accommodation a short-term home.

Despite the huge drop in demand for beds at the shelter, Quack says there are no plans to close it anytime soon. "The situation could change at any time," he says.

At the moment, only the Balkan route has been shut down. In Libya, however, hundreds of thousands of new refugees, mostly from African countries, may already be waiting to travel to Europe. Smuggling gangs are also apparently fully operational.

With the Bayenthal site currently being expanded to house up to 960 refugees, Quack says the Johanniter organization is preparing for any turn in events: "We've gained a lot of experience and we're well-prepared if more refugees come to us."