Award-winning Ethiopian-American novelist Dinaw Mengestu just published his third book in Germany. He talks to DW about what’s wrong with the label "immigrant fiction" and the lessons to be learned from Ferguson. 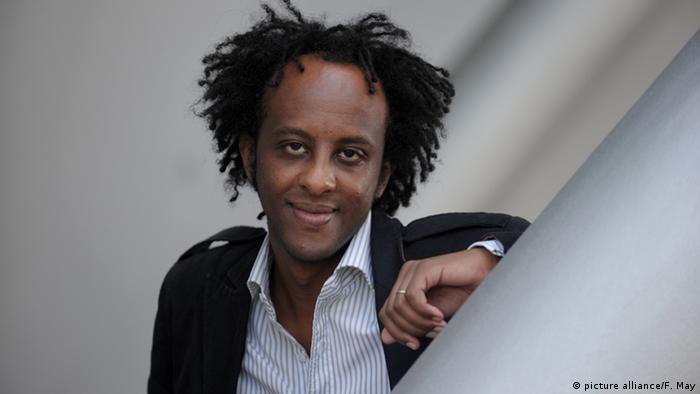 DW: Your newest book, "All Our Names," is the last novel in a trilogy that began with "The Beautiful Things That Heaven Bears" and "How To Read The Air." How are these three books related?

Dinaw Mengestu: They are very closely related, not necessarily because the characters or the settings are the same, but because the ideas are similar and revolve around dislocation. What is it like to lose the things that you value most in your life, your family, your country, your friends? What happens to the person who has lost those things; how do they rebuild themselves?

We often think that the immigrant story is unique to people who have left their homes. But for me it has increasingly become a story of people who have lost something essential to who they are and have to reinvent themselves and decide who they are in the wake of that loss. How do they find someone to love again? How do they find another home? How is this tied to the experience of violence? How does it reshape our sense of identity and how do we come to terms with it? 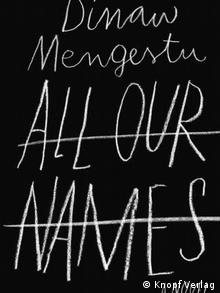 "All Our Names" is Mengetsu's newest book

"All Our Names" takes place in the 1970s and juxtaposes the voices of Helen, a social worker in the Midwest, and Isaac, a witness to the violent revolution in Uganda. It turns out they are not that different.

For all the differences in skin color and gender, they have a lot in common. The larger ideas of the novel have to do with the way our histories mirror one another. For example, how the post-colonial era in Africa and the post-civil rights era in America grew out of two similar forms of liberation movements, which, although I wouldn't say they were crushed, were disturbed by the events that followed.

Your fiction tends to get described as an exploration of the immigrant experience. You're skeptical about this description. What don't you like about it?

Partly that it's simplistic. But also, the idea of an "immigrant" is a very political term. It doesn't exist as a real definition of a certain body of people. When I lived in France for years I was called an expatriate, not an immigrant, and had I written a novel it would have been called an "expat" novel, not an "immigrant" novel.

As a writer, what you're writing from is not the act of immigration itself but its emotional consequences, and those consequences form a core that is much more universal than merely the experiences of people who have left their homes and gone to another country. My work begins with a sense of loss, but not with having lost a country per se.

You're part of the "Africa39" project, which showcases African writers. Given that you left Ethiopia as a child and grew up American, are you comfortable being labelled an African writer?

Yes, so long as it's not the only thing I am being referred to. The idea that you can only claim one space for yourself seems a little bit shortsighted, especially given the consequences of the diaspora: How we often live in more than one place these days, and the fact that very few of us have a singular identity. 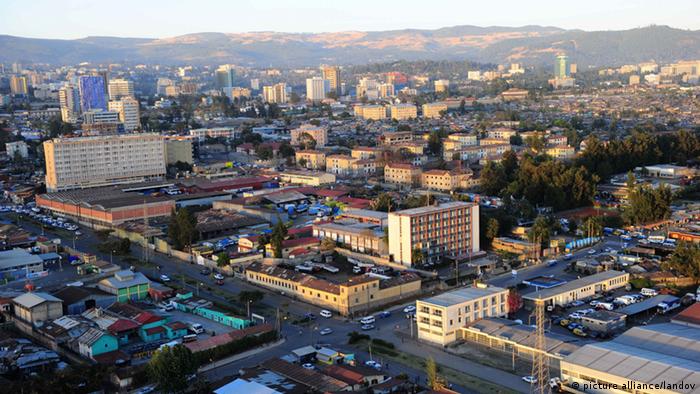 Africa is definitely one of my identities; all of my books have a foot in Africa, and I consider myself still deeply attached to Ethiopia, my home country. So yes, I'm comfortable with this label, and although I might have left the country when I was young, I have chosen to keep it central to my work and my imagination.

Do you feel there's resistance to the idea of multiple identities?

People like easy storylines. It's an easier pitch when there's only one category to put you in. When people ask you where you're from, they don't want to hear four different places, they want to hear one. Plus sometimes there's resistance from people who want you to choose a side; claim allegiance to one type of narrative, one type of flag, one type of concern. That's fine, they can have those frustrations, but I don't have to share them.

In your book, Helen lives in an average Midwest town much like Ferguson, Missouri, which just saw weeks of protests following the fatal shooting by a policeman of Michael Brown, an unarmed black teenager. Does what happened in Ferguson chime with you?

Completely. What we saw in Ferguson is the frustration of feeling invisible in your own cities, which is why oftentimes violence becomes a response. You are part of a city, a country, a state, yet at the same time you feel absolutely powerless and victimized by that state.

When my new book came out, people said, oh, the kind of racism that happens in the novel would never happen today, and I thought, well that's just crazy, only someone who has never experienced it would say that. Just ask anyone in Ferguson. It might not play out in the same way, someone might not be served their food in a diner on a plastic plate because of the color of their skin, as happens in the book, but they would certainly be discriminated against in other ways.

It doesn't mean that it's less powerful because it's not so overt. Those small gestures are indicative of the greater issues. Problems to do with power and stereotyping, all those underlying issues that reemerge with something like Ferguson, they haven't died out just because we've managed to eliminate small acts of discrimination. 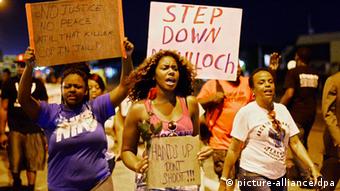 Some have said that Ferguson shows there is a need for a second civil rights movement. What don you think about that?

The civil rights movement was able to create some very powerful legislation that to some degree addressed the discrimination of the Jim Crow era. But what we're now left with is probably more to do with social-economic justice. There needs to be investment in our cities again, in our public schools, in minority communities that have been historically disenfranchised for generations and generations, because of not being able to accumulate wealth and instead being trapped in cycles of poverty. Legislative problems have been addressed but not economic problems. To address those you need smart social policy or advocacy. Not another law.

Would you describe yourself as a political writer?

Yes, I would. Without wanting to generalize, among many American writers there tends to be a sort of resistance to the idea of being a political writer because it sounds as though it means you're arguing for a certain type of politics, for one political spectrum. But in fact the idea of a political writer is just one who is engaged, which is an idea that writers have historically always embraced. We are there to bear witness. Camus said the writer is a freelancer, he doesn't take sides but watches both carefully. I think that's valid.

The Nobel laureate and South African author Nadine Gordimer has passed away, according to her family. The literary icon used her craft to shed light on the social and psychological tensions created by apartheid. (14.07.2014)

Nigerian Wole Soyinka - the first African to win the Nobel Prize for Literature - is turning 80. A recurring theme in his work is opposition to dictatorship and to the use of force, in his homeland and elsewhere. (11.07.2014)