Some experts already see the end of printed books as the digital revolution has thrown everything into question. But opinions on the future of books remain divided. They'll be hotly debated at the Frankfurt Book Fair. 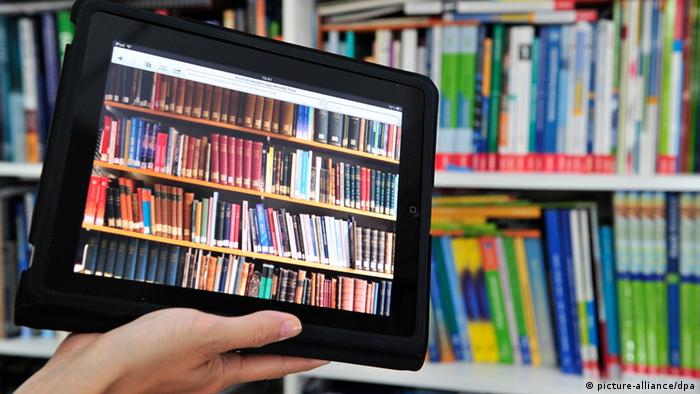 When 7,300 exhibitors from over 100 countries come together for a few days, you can guarantee there's a lot to talk about. That's especially true in the fragile branch of book publishing.

Organizers of the Frankfurt Book Fair, taking place from October 10-14, are expecting 300,000 visitors this year. Despite all the difficulties the industry faces in the midst of the digital storm, the event is the biggest of its kind in the world.

Many observers have long seen it as a multimedia fair, a major cultural event. But the printed book remains the focal point - even if it is forced to compete with new media technologies.

The majority of books are still sold in classic bookstores, but more and more Germans are buying their literary morsels online and publishers feel threatened by the trend.

E-books are in direct competition with tradition, printed books. On top of that, many authors are now opting to publish their works directly on the Internet, making "self-publishing" this year's big thing.

The latest trends and enterprises are set to be hotly discussed in Frankfurt. "The net is the historical intermediate step between the culture of printed and the culture of digital books," is how one national daily newspaper put it.

There's no question that the industry is on the brink of a revolution. But opinions differ as to where the branch is headed.

A couple of things seem certain: The number of bookstores in Germany will decrease, while Amazon and other online booksellers will continue to grow. Warehouses filled with printed, literary treasures could become a thing of the past.

Paperbacks are seriously under threat. Electronic books, in whatever form, will increase their market share. Everything else is pure speculation. 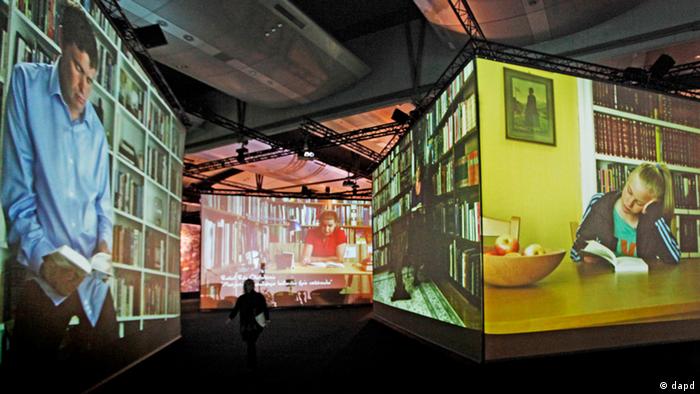 Attracting 300,000 visitors, the Frankfurt Book Fair is the biggest of its kind in the world

Around 3,000 events to coincide with the Book Fair are planned in Frankfurt. Around 1,000 authors are expected to attend. International literary stars such as Richard Ford, Herta Müller and Martin Walser are scheduled to make an appearance.

A roundtable discussion on the future of books and specialist events on every aspect of the rapidly transforming industry are also planned.

The genre of children's books and youth literature will be paid special attention this year. Printed and digital books are nowhere more closely connected than in this area, Book Fair Director Juergen Boos said.

Comics are also playing an increasingly important role. By the close of the fair, visitors will be much more familiar with publishing buzzwords like "crowd funding" and "fan fiction."

Unlike in the US, where e-books and self-publishing already produce huge turnovers - e-books made more money than classic hard-cover titles there last year -, there's still a traditional book market in Germany.

"Every single bookseller can do more than Amazon," Alexander Skipis, the director of the German Publishers and Booksellers Association, said optimistically.

But targeted customer loyalty with the help of an online store is a must in order for small stores to compete with online giants. "A great atmosphere of departure currently dominates the book trade," Skipis said.

Specialization is the magic word. The German Publishers and Booksellers Association recently launched a competition of ideas for the future of books. The winner was a book that combines other media such as Facebook, film and computer games.

Following the US model?

Whether or not the developments in the US anticipate the way the German book trade will go, as some experts believe, will only become clear in the next few years. 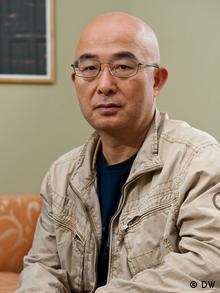 Not all of the wishes of enthusiastic disciples of a digital book world will become reality. At least, not so soon. The market share for e-books on the Germany book market is between just one and two percent. The many reading devices to have come onto the market over the past few years have also failed to instigate a reading revolution in Germany.

Many experts are already predicting the end of devices such as Amazon's Kindle or Sony's eReader; tablet PCs and smartphones are set to eat away at their market.

Naturally, the global, digital revolution is the talking point at the Frankfurt Book Fair. Traditional publishers are having to adapt to new business and production models and incorporate online social networks in their marketing strategies.

In the wake of the digital revolution, questions will also be raised concerning the price of books and copyright issues.

The number of new publications is still on the rise in Germany. Last year, 82,000 titles were released. But the ceiling appears to have been reached. The Swedish furniture chain IKEA plans to reduce the number of bookcases and shelves it stocks - a sign of things to come?

New Zealand is this year's guest country and around 70 authors from the island nation are expected in Frankfurt.

But the highlight will be the awarding of the Peace Prize of the German Book Trade. In Frankfurt's Church of St. Paul, Chinese author Laio Yiwu, who is currently living in exile Germany, will accept the one of the most coveted culture prizes in the country.

Liao Yiwu became famous for his critical writings on conditions in modern Chinese society. Despite many years in jail, torture and ban on writing, Liao Yiwu's books were published but only banned in China where they remain as explosive as ever.