The virus has yet to arrive at full strength in developing countries, but poor health care facilities and weak finances point to grim times ahead. For most, the pandemic already rivals the 2008 global financial crisis. 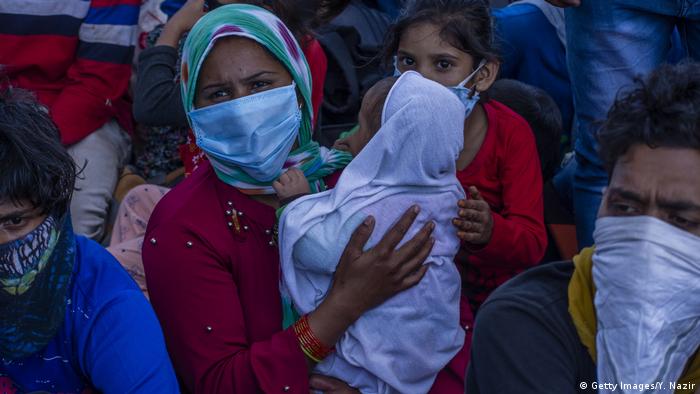 A majority of the so-called emerging economies have younger populations and suffer from connectivity issues, so, they may not be as vulnerable to the coronavirus as their more advanced peers. The good news ends there.

The developing countries are staring into what could be a deep and prolonged recession as the rapidly spreading coronavirus pandemic forces more than a quarter of mankind indoors, bringing the global economy to an unprecedented halt.

While COVID-19 has yet to arrive in full force in emerging markets — barring China, where the disease originated and wreaked havoc in a key industrial region — their fragile finances, crumbling health care infrastructure and overdependence on commodities such as oil make them more vulnerable than the current hotspots in the West.

"In many respects this is worse than the global financial crisis for the emerging markets," Nariman Behravesh, chief economist at IHS Markit, told DW. "The collapse in commodity prices is bigger, the recession in the developed world is worse and the debt levels in the emerging world have risen largely since the financial crisis because interest rates have been so low."

Developing countries across Asia, Africa and Latin America are suffering from lockdowns imposed to contain the virus: Their key export markets in Europe and North America have virtually been killed, local economies have come to a standstill, demand for commodities, including oil, has collapsed, and their currencies have taken a battering.

Economists at Oxford Economics ranked Bolivia, Costa Rica, Nigeria, Peru, South Africa, and Egypt as the most vulnerable emerging economies based on the state of their health systems, fiscal positions, and reliance on commodities.

Foreign investors rushing for safer havens are turning their backs on emerging market bonds and shares. In March, more than $80 billion (€73 billion) in investment fled from a group of over 20 emerging economies, including India, China, South Africa and Turkey, according to the Institute of International Finance. The outflow dwarfs the capital flight seen during the 2008 crisis by a margin.

The massive withdrawal of capital has raised the specter of defaults in the most vulnerable economies such as Argentina, Nigeria and Angola, which saw its dollar-denominated sovereign bond maturing in November 2025 jump to nearly 30% last week, from under 7% at the beginning of March, according to the Wall Street Journal.

Higher borrowing costs would especially hurt countries such as Turkey and South Africa, which have depended on external borrowing in recent years to fund infrastructure projects like a new airport in Istanbul.

Encouraged by low US interest rates, emerging economies have piled up billions in dollar-denominated debt in the past few years. A recent rally in the dollar would make interest payments on these bonds more expensive, a painful prospect especially at a time the bond issuers are seeing exports plummet due to shutdowns. 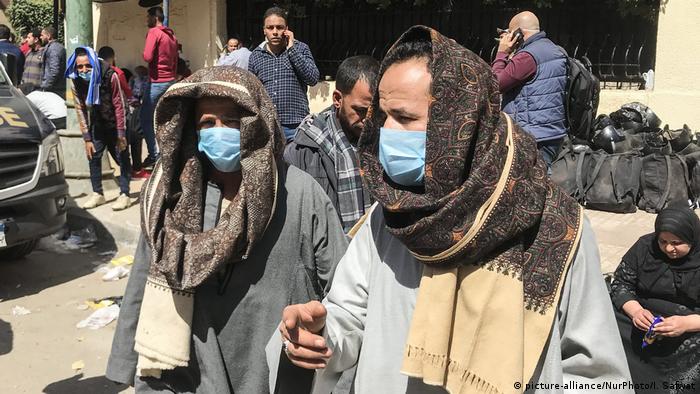 Emerging market currencies saw one of the biggest sell-offs on record in March, rivaling the fall seen during the 2008 crisis. The Russian ruble, the Mexican peso and the South African rand were the worst-hit, losing 11-20% against the dollar.

For Turkey, the pandemic threatens to revive the pains of the 2018 currency crisis, when investors went cold on the economy and pulled out their funds, causing the lira to plunge to record lows and tipping the economy into a recession. South Africa, Africa's most industrialized nation, is entering the pandemic in an extremely weak position with its economy in recession, business confidence lowest in over 20 years and almost a third of the labor force unemployed.

India, which has seen its public finances deteriorate over the last couple of years amid slowing growth and record unemployment, is also in a relatively weak position to face the crisis. The Indian government has declared a 21-day national lockdown to combat the virus.

"India also faces capacity issues. It's a huge country with over 1 billion inhabitants and just coordinating a response across different regions is logistically very challenging. So, they too can be quite hard-hit," Per Hammarlund, chief emerging markets strategist at Swedish investment bank SEB Group, told DW. "Social tensions could also rise in a country like India, which is already simmering with social discontent."

The emerging world's problems have been compounded by a dramatic drop in the prices of oil and other commodities, which are a major source of revenue for several African and Latin American countries.

A record decline in demand due to the pandemic coupled with a price war between Saudi Arabia and Russia has dragged oil prices to their lowest levels in 18 years, causing a major crisis for countries like Angola and Nigeria, which depend on the commodity for 90% of their export earnings. The low oil prices are also hurting Russia — one of the world's biggest oil producers — which has seen its ruble plummet in the past month.

Many energy-producing economies in the emerging world are ill-prepared for lower prices, with three in every four countries running fiscal deficits, economists at Oxford Economics said in a note to clients.

Some emerging economies such as Thailand, Croatia and the Philippines, and Turkey, which depend on tourism for 20-25% of their gross domestic product, are bracing for mass layoffs as unprecedented travel bans keep people homebound.

As infection rates rise rapidly in key economies such as India and South Africa, health experts are keeping their fingers crossed. They fear that once the virus gets out of hand in a country like India, it would be difficult to contain, given their overcrowded cities and often stretched and inadequate medical facilities.

The poor state of health care in emerging countries is forcing many of them to adopt sweeping social distancing measures. But, unlike in the West, social distancing in poor countries, where families cram into slums and survive on daily wages, is not that simple.

"We identify some economies where the economic costs could be so large that they shake confidence deeply, leading to sovereign and/or financial crises," economists at Oxford Economics said. "In this sense, saving lives will turn out to be dramatically more costly than in advanced economies. And even if the economic disruption is extreme, reversing course may be very difficult."

While the true extent of the economic damage caused by the COVID-19 outbreak is yet to be determined, what's certain is that the crisis will claim millions of jobs. But a handful of sectors may escape with minimal pain. (25.03.2020)