Deutsche Bank has agreed to pay a massive penalty for its role in manipulating Libor interest rates. Germany's biggest private lender is also being forced to fire individual employees who engaged in misconduct. 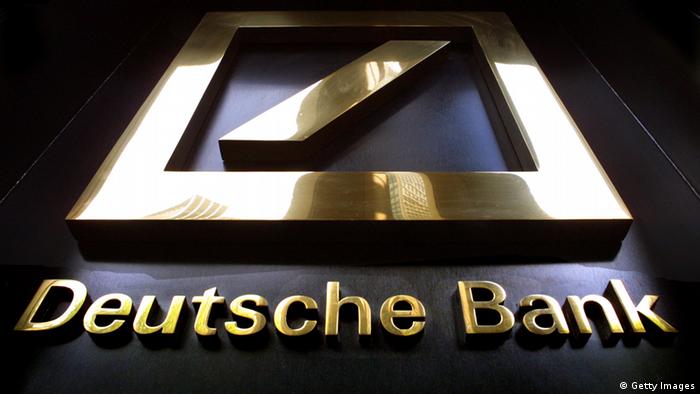 The New York State Department of Financial Services (NYDFS) announced Thursday that Deutsche Bank had agreed to pay $2.5 billion (2.3 billion euros) to US and UK authorities as part of a legal settlement over the bank's role in manipulating the London Interbank Offered Rate (Libor).

Germany's biggest lender would also terminate and ban individual employees who engaged in misconduct, NYDFS said in a statement. In addition, the bank would set up an independent monitor for interest rate manipulation as part of the deal.

"While a number of the employees involved in misconduct have already left the bank, those that remain are being terminated or banned from the New York banking system," he added.

Under the settlement deal, Deutsche Bank has entered into a deferred prosecution agreement to settle charges it rigged the rates. The overall $2.5 billion penalty includes Deutsche Bank paying $340 million to the UK's Financial Conduct Authority (FCA), while the rest is paid to various US agencies.

The statement included example communications between Deutsche Bank traders as evidence that the bank was involved in manipulating banking rates between 2005 and 2009.

The Libor rate is an average of what banks charge for lending to each other. Moreover, it sets a benchmark for interest rates for trillions of dollars' worth of loans around the world - from mortgages and student loans to credit cards and complex derivatives.

Other banks, including Switzerland's UBS and Britain's Barclays, were also involved in the scandal. While UBS agreed to pay $1.5 billion in 2012 as part of a global settlement, Barclays paid $453 million.

The fine imposed on Deutsche is so large because the bank also "misled the regulator, which could have hampered its investigation," British regulator FCA said in a statement, adding that it was a record penalty handed down in Britain for such an offence.

Employees at Deutsche Bank-owned Postbank have walked off the job in eastern Germany. It comes as Deutsche is considering a sale of the retail bank to streamline its operations and enhance profitability. (20.04.2015)

The US Federal Reserve has slammed the breaks on the German bank's plans to raise dividends and buy back shares. The central bank says its US operations are too weak to survive another major economic crisis. (12.03.2015)

According to media reports, the New York-based Department of Financial Services has started investigating Deutsche Bank over alleged Libor manipulation. The lender is already under fire from the Justice Department. (23.03.2015)

Video has emerged of a theater in the port city of Mariupol after it was allegedly flattened by a Russian bomb. And Ukrainian President Volodymyr Zelenskyy made a direct appeal to US lawmakers. Follow DW for the latest.