German media report that Deutsche Bank has suspended its security chief after allegations that Germany's largest bank spied not just on its employees but also on people outside the financial institution. 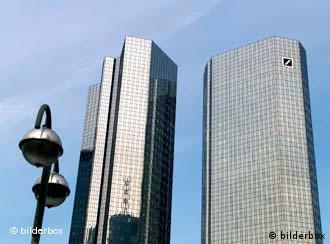 After writing off billions in the economic crisis, Deutsche Bank is now grappling with a spying affair

The news agency Reuters says unnamed sources have confirmed reports published by the German daily Frankfurter Allgemeine Zeitung (FAZ) on Wednesday, that Deutsche Bank had spied not only on its employees but also on people outside the bank. The paper said the bulk of the spying allegedly took place in 2006. However it is unclear what kind of data the institution's security department had gathered.

Reuters says senior bank managers were among those under surveillance. Deutsche Bank has so far not commented on the report.

Also on Wednesday,the German business daily Handelsblatt reported that Deutsche Bank had suspended the security chief of its German operations. Rafael S., a former officer with the German army, had been responsible for managing daily security. His tasks included gathering and assessing "relevant security information." 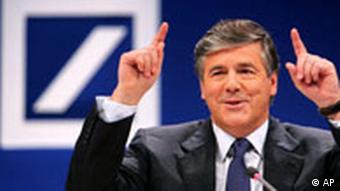 Deutsche Bank admitted last Friday that security breaches had taken place within the bank in the past years. The bank denied that account information or other data about clients were affected.

The bank said it had commissioned a law firm to conduct an independent inquiry into what it said were "possible violations of internal or legal rules."

Germany's financial watchdog BaFin has also said it will investigate spying at the bank.

Deutsche Bank CEO Josef Ackermann faced down criticism from shareholders last week and promised to personally investigate the charges of spying at the bank.

"Whenever we establish that the rules have been broken, there will be immediate action," Ackermann told investors. "I have put myself in charge of the investigation."

The Swiss boss of Germany's biggest bank vowed that the bank would show zero tolerance if the spying allegations were confirmed. 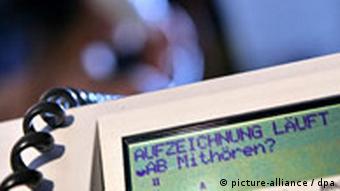 In the past few weeks, a surveillance scandal forced the departure of top management at Germany's national rail operator Deutsche Bahn. On Thursday it was announced that marketing boss Ralf Klein-Boelting had been sacked in connection with the use of advertising to mislead the public.

Spying scandals have also plagued other companies in Germany in recent months. They include retail discounter Lidl, Airbus and Deutsche Telekom which has come under fire following media reports that it had commissioned reports on the personal details of prospective employees, including their sex lives.

Deutsche Telekom has also admitted spying on journalists and members of its own supervisory board in a bid to find the source of press leaks.

The German discount supermarket chain Lidl has fired the head of its domestic food operations amid accusations of spying and data abuse. (06.04.2009)

The German unit of Airbus has admitted to having secretly compared employees' bank account numbers with those of suppliers in what it said was a bid to fight corruption. (02.04.2009)