Deserted Syrian children flee to Lebanon | World| Breaking news and perspectives from around the globe | DW | 13.11.2013

According to UNICEF, thousands of Syrian children are fleeing their country alone. Separated from their families and forced to survive on their own, they face high risks of abuse and violence. 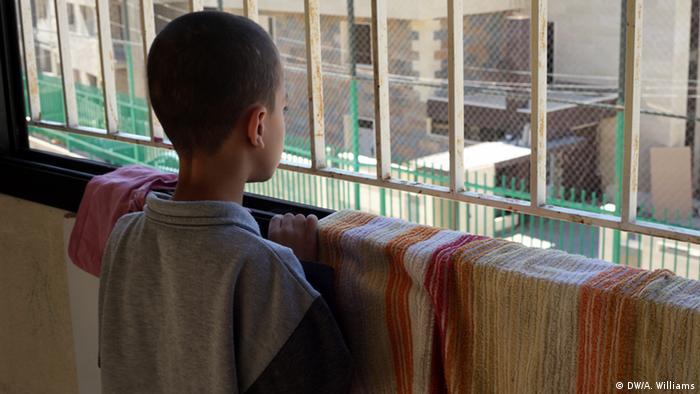 Seven year-old Abdallah says he doesn't know how long he has been in Lebanon for. Sitting in the sun in a playroom of Home of Hope, a shelter for streets children in Lebanon, he recalls the first day he arrived at the shelter. "When I arrived there was a party with the other children. They gave me a gift, some slippers and some clothes," he told DW.

Abdallah fled Idlib in Syria with his uncle a few months ago, after his family was killed in bombardments. After living in a church for a couple of weeks, the young boy and his uncle were arrested. Abdallah says his uncle abandoned him at the shelter and never came back. "There was war in my country. A bomb fell on my house and it [the house] exploded. I didn't have a home anymore so I came to Lebanon. I don't know where my family is. Maybe they are dead," he says, calmly.

In Lebanon, between 800 and 2500 children are unaccompanied or have been separated from their families according to UNICEF. "One Syrian child arrived at the shelter covered with blood. Someone had tried to rape him. He got in a fight and his aggressor hit him with a rock. He told us that he had been living in the streets for two months because his parents had abandoned him in Lebanon. His stepmother didn't want him," Maher Tabarani, Director of Home of Hope, told DW. 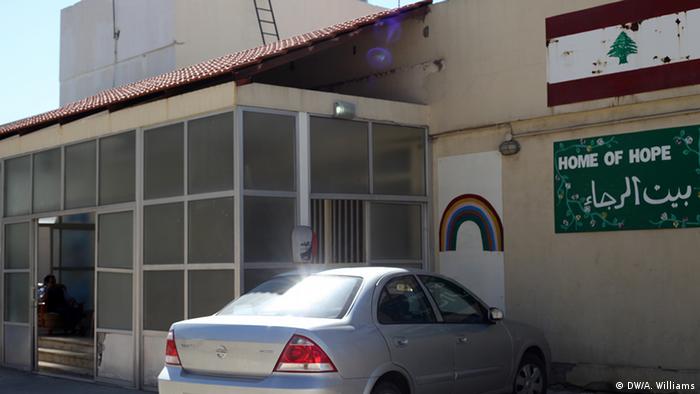 In the past year alone, 20 unaccompanied Syrian children were sent to his shelter. "Most of these children's parents were either dead or forced to fight in Syria. The kids come by themselves from Syria and have to work to survive. Most of them are aged between seven and 12. Sometimes, after five or six months, their mother shows up again to take them back to Syria," he adds.

According to Anthony MacDonald, Chief of the Child Protection service at UNICEF Lebanon, the country has witnessed a significant increase of Syrian children working in the streets in the past six months. "Children are forced to work because of the harsh economic situation. Some have even become the primary breadwinners of their family. It clearly exposes them, in many cases, to risks from adult abuse and violence … In the rural regions, some of the children are involved in agriculture labor and we hear about some of these children being beaten, mistreated and exposed to the use of dangerous tools and machinery. In some cases we heard about young girls married off," he explains.

Taking children off the streets

In the impoverished Armenian municipality of Burj Hammoud close to Beirut, the center "Mouvement Social" works to get children off the streets. It caters to around 600 children a week, including Syrian refugees. Today, about 20 of them are gathered in a small classroom for their English class. They are all between eight and 12-years old but when the teacher asks them who has already been forced to work, six little hands are raised. 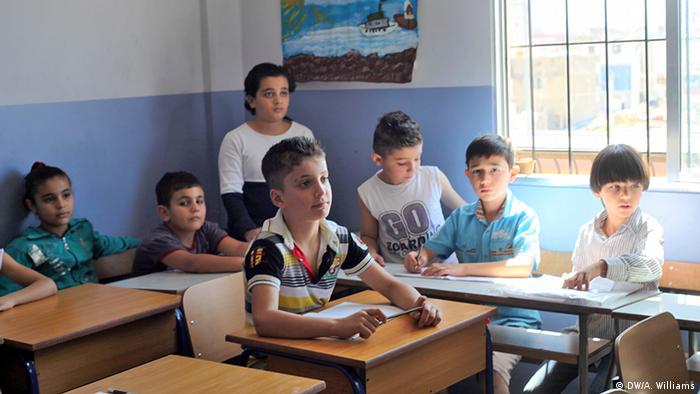 Thirteen-year-old Ivan is one of them. Originally from Aleppo, he arrived in Lebanon a year and a half ago. He has already worked in several shops across the capital. He says long working hours are tiring and his employers sometimes treat him badly. "One of my bosses would always yell at me and I would only get paid 20$ a week. I am tired at night. I work in a new narguile shop now. I still don't know how much I will get paid but I am happy I have work," says Ivan who works before and after school every day until 10.30 p.m.

"There are about 200 Syrian children at our center. They had to work to support their family," explains the director of Mouvement Social, Fayrouz Salameh. She says that her first objective is to take the children off the street and to put them in school. "We try to explain to the parents and the employers the dangers of the streets and the necessity of school."

But Syrian children face many difficulties with the Lebanese school system. Unlike in Syria, math and sciences are taught in English. Many young children also never had the chance to enter the school system in Syria because of the war.

On the other hand, Lebanese public schools don't have enough places to absorb the increasing number of Syrian children. According to the UNHCR, approximately 90 percent of Syrian refugee children aged six to 17 are out of school and lack access to education due to the limited capacity of Lebanon's public school system.

300,000 Lebanese students and 30,000 Syrian refugee children are currently enrolled in public schools. The Lebanese Ministry of Education and Higher Education (MEHE) recently agreed to increase the current schools' capacity by putting in place a 'second shift' in 70 schools for the year 2013-2014. This initiative would provide seats for 210,000 Syrian children. 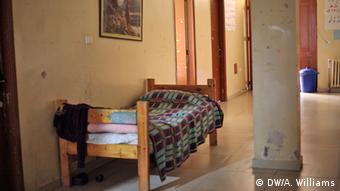 A home from home

However, with no end in sight to the conflict, people like Maher Tabarani say it is very hard to predict what will happen to these children. "It is very difficult to build a future for these kids in Lebanon. Many of them don't even have an ID here. The only thing we can do is wait and see what will happen to Syria. Maybe their parents are still alive somewhere, waiting for a chance to come and get them," he says.