According to Der Spiegel, Germany's intelligence agency has a 100-million-euro plan to expand Internet surveillance. Meanwhile, the interior minister wants travelers to fill out a questionnaire before entering the EU. 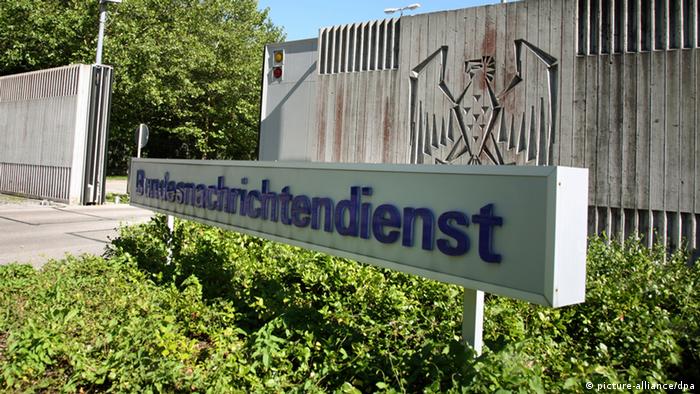 Der Spiegel reported on Sunday that the Federal Intelligence Service plans to expand its Internet surveillance program to cover 20 percent of all communications between Germany and foreign countries.

Because of technical limitations, the intelligence agency - known by its German acronym, BND - currently only monitors 5 percent of all Internet and telephone communication. However, according to German law, the BND can snoop on a maximum 20 percent of all communications traffic.

The 100-million-euro ($133 million) expansion targets the BND's "technical reconnaissance" division, according to Der Spiegel. With the money, the agency wants to hire 100 new employees and expand its computer and server capacities, the weekly magazine reported.

Pressure on Merkel to talk PRISM with Obama

Millions of German citizens use Microsoft, Apple, Google, Skype or Facebook on a daily basis. According to German politicians, the PRISM affair is less of an American issue than a very troubling bilateral one. (12.06.2013)

The revelations about PRISM sparked outrage in Europe, particularly in privacy-sensitive Germany. Chancellor Angela Merkel has said she would broach the subject with US President Barack Obama when he visits Berlin this week. He is scheduled to arrive late on Tuesday and stay for a day.

Unlike the NSA, the BND does not save the data it monitors. Instead, it filters the information for leads to track down terrorism suspects.

Germany's interior minister, Hans-Peter Friedrich, justified Internet surveillance by intelligence agencies. He told Der Spiegel that "we have to balance out a loss of control over the communication of criminals through new legal and technological means."

"Of course our intelligence agencies also have to be present on the Internet," Friedrich said.

In an interview with the Welt am Sonntag newspaper, Friedrich also called for the introduction of a security questionnaire for flight passengers before they enter the EU. According to the interior minister, the questionnaire would cost passengers 10 euros and would mirror the US Electronic System for Travel Authorization (ESTA).

ESTA forms, which have to be filled for a fee of $14 before entry into the US, ask for personal information such as name, date of birth, primary place of residence and credit card number. Friedrich said that, like ESTA, a European security questionnaire would be used to cross-check travelers with lists of wanted people.

"This information could be checked with the anti-terrorism data," the interior minister said.