Dengue and Zika Virus can make you smell tastier to mosquitoes | Science | In-depth reporting on science and technology | DW | 07.07.2022

Dengue and Zika Virus can make you smell tastier to mosquitoes

Some tropical viruses can change your scent to attract mosquitoes. This is how they find new hosts. 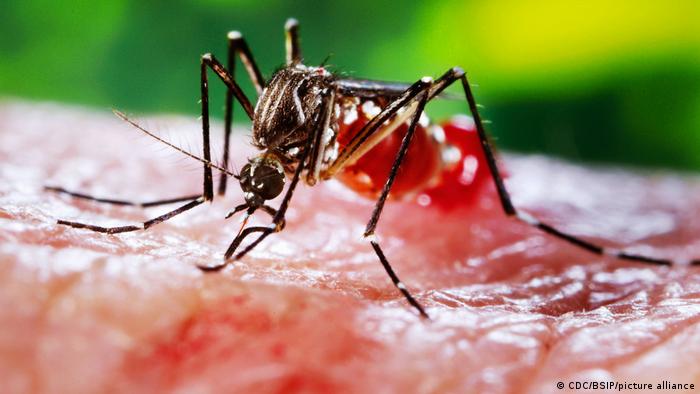 Dengue fever is primarily spread by the Aedes aegypti mosquito

Viruses that cause tropical diseases like dengue and Zika can hijack their host’s scent to better attract mosquitoes, according to new research.

This finding is significant because mosquitoes are the main vectors responsible for the spread of dengue and Zika viruses. When mosquitoes bite infected humans, they then carry the virus and subsequently spread it to healthy humans and other animals.

This smelly strategy helps explain how many mosquito-borne illnesses spread, according to a paper published in the journal Cell on June 30.

The study shows that when humans and mice are infected with dengue or Zika viruses, they secrete a chemical that makes them smell delicious to mosquitoes.

Researchers already knew that some microorganisms were capable of  manipulating the scent of a host’s body — a 2014 study showed that plasmodium, a malaria-spreading pathogen, can hack the body’s odor to attract more mosquitoes.

To understand whether the Zika and dengue viruses had evolved to attract mosquitoes' attention, the researchers decided to ask the insects themselves.

A group of mice with either Zika or dengue were placed in one enclosure and a control group of healthy mice were placed in another. The mosquitoes were then allowed to pick their meal option.

Around two-thirds of the mosquitoes moved towards the enclosure with infected mice, suggesting that these animals smelled yummier. 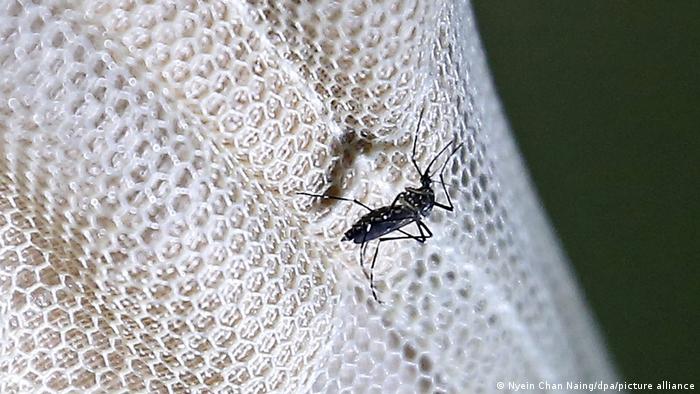 The Aedes aegypti mosquito, pictured above, is often responsible for spreading the Zika virus

In order to understand the chemistry behind the mouse experiment, researchers also sampled air from each enclosure for analysis. Gong Cheng, a study co-author, told DW that a total of 422 volatile chemicals were detected.

However, composition of only some compounds varied between the enclosures containing the uninfected and infected mice. Cheng said researchers tested the air with different compounds to see which stimulated the mosquitoes' sense of smell the most. The compound with the highest response was called "acetophenone."

The mice infected with Zika or dengue produced ten times as much acetophenone as the healthy mice.

After smearing the rodents — and some human volunteers — with acetophenone, the researchers were able to confirm that mosquitoes were indeed drawn to the smell.

"Thus, we focused only on acetophenone in this study. However, we cannot exclude the possibility that humans may secrete different volatile chemicals," Cheng said, adding that he plans to study those chemicals in future experiments. 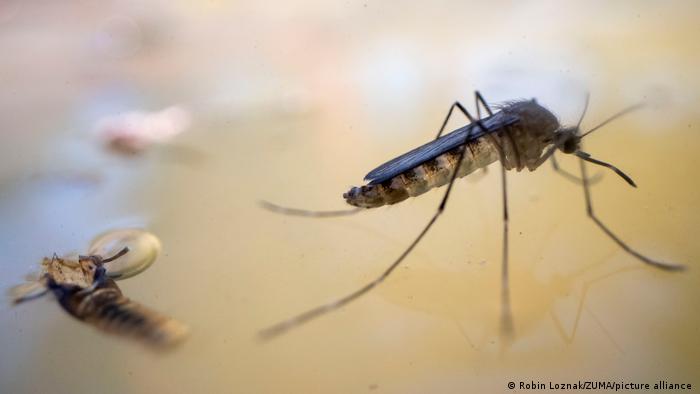 How do the viruses manipulate humans?

Cheng and colleagues found that the increased levels of acetophenone were caused by an interplay between hosts' skin microbiota, flaviviruses (that cause Zika and dengue) and mosquitoes.

The bacteria that produce acetophenone grow naturally on the skin. This growth is usually managed by an antimicrobial protein that is secreted by skin cells. The study revealed that the gene responsible for making this protein was less active when mice were sick with dengue or Zika.

This caused them to secrete more acetophenone than usual, attracting hungry mosquitoes. Essentially this means that the viruses are capable of weaponizing the odor of acetophenone to spread.

The World Health Organization estimates that 390 million people are infected with dengue virus each year, and that almost half of the world's population lives in an area at risk of dengue fever.

Poor treatment infrastructure in many of these areas can cause unnecessarily high mortality rates.

By identifying the chemical responsible for the spread of the disease, researchers are now investigating ways to reduce its release to limit mosquito bites once someone is infected.

One solution, the study proposed, was dietary isotretinoin, a commercially available acne medication derived from Vitamin A.

They orally fed isotretinoin to mice, then put them in a cage with mosquitoes. They found that mosquitoes approached isotretinoin-treated infected mice the same way they they did uninfected animals.

"We may develop a novel avenue to interrupt the dissemination of flaviviruses by mosquitoes in the future," Cheng said.

Disease-spreading mosquitoes kill more humans than any other animal. They are responsible for 1 million deaths per year. Global heating will expose half the world's population to dangerous mosquitoes by 2050. Time for drastic measures?