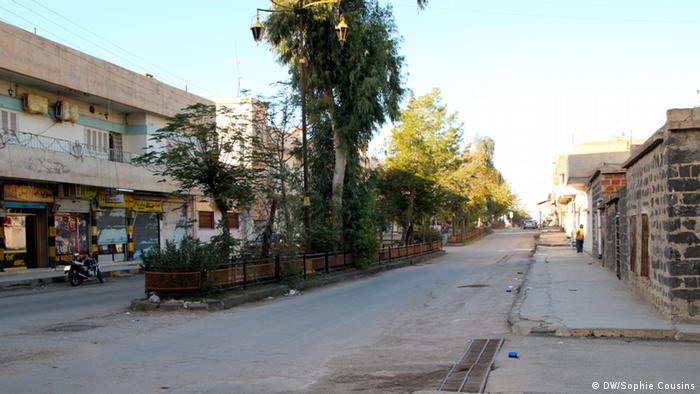 Twenty-five-year-old Harrod Joseph just returned from patrolling a Christian neighborhood in the northeastern Syrian city of Qamishli, right near the Turkish border.

He joined the Syriac Christian security force, Sutoro, which works to secure the inner city of the three Kurdish-dominated cantons in northern Syria, half a year ago after he returned from eight months in Armenia and eight months in Lebanon.

"I was so worried about the situation and I wanted to continue my education so I went to Armenia," he told DW.

But Armenia didn't live up to Harrod's expectations. He'd planned to send money back to his family in Syria but instead had to borrow money from them because he couldn't find a job.

Eventually he got a job washing dishes at a cafe, but the wages were so dismal he could barely afford to survive in a cramped, two-bedroom apartment that he shared with seven other Syrians.

"We as Syrians got really low wages and only jobs that didn't require any skill or education. There wasn't much of a warm welcome. I felt like a stranger. Of course they were Armenian, but I'm a Syrian Armenian and that made a big difference," he said.

Realizing there were no education or employment opportunities on the horizon, he travelled to Lebanon aiming to cross from there into Syria but became stuck for eight months because the border and route home wasn't safe.

Harrod made it back to Qamishli, but after 16 months abroad, the city was almost unrecognizable.

"In the early days of the revolution, there were no checkpoints and no political parties on the streets," he said. "When I came back the city was completely different and new - even the people had changed. So many people had left and so many refugees had arrived."

Harrod said he was happy to be supporting his family but hoped to be able to continue his education in Europe one day.

"If I leave again, I wouldn't leave by myself, I would take my family. I don't want the same story to repeat itself."

Many people DW talked to across northeastern Syria were critical of those who choose to leave for Europe. Kurds in particular stressed that it was their duty to protect their land, identity and people from the onslaught of the "Islamic State."

A senior member of Sutoro, Aboud, who didn't want to use his surname, shared similar sentiments. 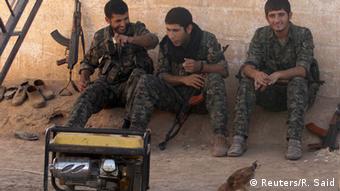 Many Kurds in northeastern Syria are devoted to fighting IS

"We want to stop the migration of Assyrians to Europe," he told DW. "We want to encourage everyone to come home and fight.

George, a man with a thick grey moustache and round belly, his wife Jacqueline and their four children left Derike, a small but largely deserted city in the Hasaka province, one year into the Syrian crisis. While they were grateful the city had been spared the war's most gruesome features, the family struggled to cope with no work, rising food prices, a lack of electricity and water and the general feeling of instability.

They fled to the Netherlands in the hopes of better job prospects.

There George worked as a farmer, harvesting cucumbers, and tried his best to pick up the language.

But the family struggled to live comfortably off George's low pay and in living conditions - they shared a one-room apartment - that were a stark contrast to their modest family home back in Syria.

"I realized that I was only regarded and treated as a human being where I come from," George told DW, adding that he endured verbal abuse for being Syrian. "I am Christian. Doesn't that mean I have rights in Holland, too?"

After two years, the family moved back to Syria.

Sixty-eight-year-old Armenian priest Dajad Hagopian wears his clerical clothing every day even though he only gives a sermon once a week to a handful of people at the Armenian Orthodox Church in Derike. There used to be 450 Armenians here but now only 200 remain. 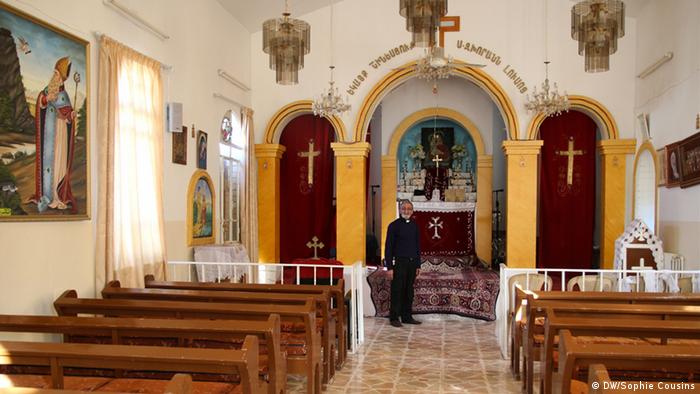 Even war couldn't keep Dajad away from home

Dajad left Syria before the war broke out because he was despondent about the plight of Armenians. He spent four years in Germany before returning: He missed his homeland.

"People ask what Germany was like and I tell them my house had four walls like theirs," he said, adding that he's not in the position to tell people not to leave when three of his own children recently took off for Europe.

"God said give us our daily bread, and we get it. We may not get as much, but we have fruit, meat and bread, and that's all we need," he said.

"People think that death is just in Syria, but it's everywhere."

Jordan is considered a safe place for refugees. Many Palestinians, Syrians and Iraqis have sought refuge in the small country, but the influx is increasingly creating problems. Tania Krämer reports from Jordan. (17.11.2014)

Tribes still divided as 'IS' executes other Sunnis

Almost 300 members of a Sunni tribe are said to have been executed in the Iraqi province of Anbar by the Sunni militia "Islamic State." But that has not convinced the tribes to ally with the government. (06.11.2014)

Besieged and under attack, the Syrian enclave of Kobani is hanging on due to the joint action of US airstrikes and the resistance of the Kurdish YPG (People's Protection Units). DW spoke to YPG spokesman Redur Xelil. (17.10.2014)