A researcher in Cyprus claims to have found a new coronavirus variant that combines characteristics of delta and omicron. Other researchers have their doubts. But the Cypriot scientist has doubled down on his discovery. 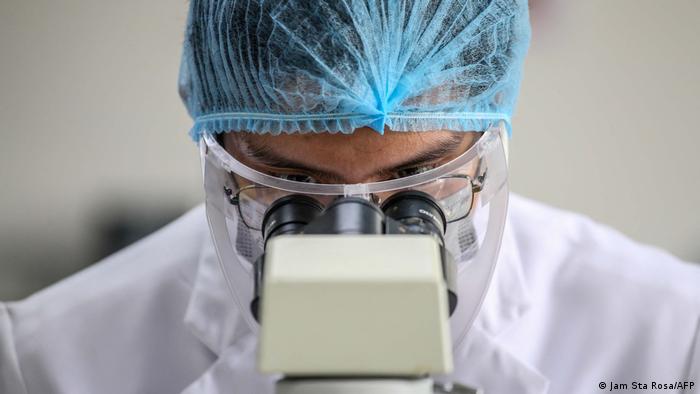 Could the "deltacron" variant be a result of contamination in a lab?

Even if you've become somewhat numb to the constant onslaught of COVID-19 news, this might have caught your attention over the weekend: A University of Cyprus-based researcher said he had discovered a new strain of the coronavirus that combines characteristics of the delta and omicron variants.

Leonidos Kostrikis and his team have identified 25 cases of what the professor of biological sciences and head of the Laboratory of Biotechnology and Molecular Virology is calling "deltacron."

Omicron is highly contagious and has become the dominant variant of SARS-CoV-2 in many countries, including the UK and the US. Delta was the dominant variant worldwide over the summer. Infected patients had a significantly higher risk of hospitalization than those with the alpha variant of the virus. Deltacron, according to Kostrikis, has omicronlike genetic signatures within the delta genome.

"We will see in the future if this strain is more pathological or more contagious or if it will prevail" against delta and omicron, Kostrikis told the Cypriot broadcaster Sigma TV on Friday.

The emergence of a variant with the potential ability to spread just as fast as omicron or lead to more severe cases caused concern when it was first brought up. But experts have since called the veracity of Kostrikis's findings into question.

Pushback after claim of contamination

"The Cypriot 'Deltacron' sequences reported by several large media outlets look to be quite clearly contamination," Thomas Peacock, a research associate at Imperial College London's Barclay Laboratory, which focuses on coronavirus research, wrote on Twitter Saturday. In another tweet, he added that "this is not really related to 'quality of the lab' or anything similar - this literally happens to every sequencing lab occasionally!"

After the pushback, Kostrikis defended his findings to US financial wire Bloomberg News on Sunday. The cases identified "indicate an evolutionary pressure to an ancestral strain to acquire [the] mutations" that led him to believe a combination of delta and omicron had occurred, he said in an email statement. He added that this combination was not the result of a singular event — like, for example, the contamination of samples in a lab.

Kostrikis said the samples he analyzed were processed in multiple genetic sequencing procedures across several countries.

Deltacron 'almost certainly not' a true combination of two variants

So-called recombinant forms of viruses, as deltacron would be, are a known phenomenon. They can arise when there are several variants of a virus circulating at the same time, which is currently happening with SARS-CoV-2.

But experts have pointed out that the discovered omicronlike mutations in the delta genome all lie in one section of the genetic sequence ― a section that is known to be affected by difficulties in certain sequencing procedures. 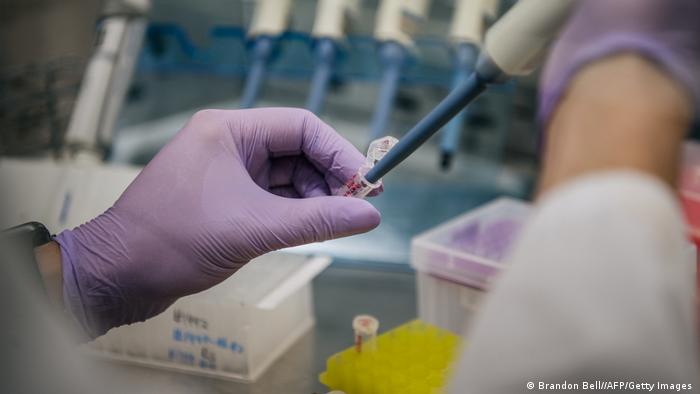 Jeffrey Barrett, director of the COVID-19 Genomics Initiative at the UK-based Wellcome Sanger Institute, points to research his institute has done on the subject, which leads him to believe that the purported deltacron variant "is almost certainly not a biological recombinant of the delta and omicron lineages."

So can we just ignore the Cyprus findings, breathe a sigh of relief and move on? It's a little early for that. Timo Wolf, a doctor and the head of the isolation unit for highly pathogenic diseases at University Hospital Frankfurt, told DW that he is optimistic but staying cautious for the moment.

"I don't think there is a strong indicator that this will cause a huge problem," Wolf said.

Wolf acknowledged that global data such as Kostrikis' still needs to be reviewed thoroughly. "To be definitely sure," he said, "I think we'll have to wait another few weeks."