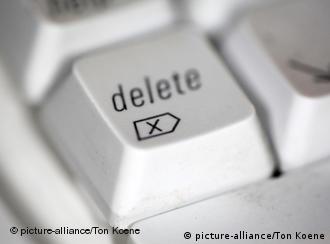 Leading figures in Germany's governing coalition agreed on Tuesday to permanently adopt a policy of deleting online child pornography sites from the internet rather than simply blocking them.

The current CDU-Free Democrats (FDP) coalition believes deleting the sites is a better way to solve the problem and had previously announced it would test out the policy over the course of one year. Now, the old policy is to be lifted and the new one implemented.

The FDP was against merely blocking material because the party believed that could open the door to wider censorship on the internet.

She said the FDP had convinced the CDU that "deleting forbidden material like child-pornographic content is really the best and most effective way."

Germany has enacted a law aimed at curbing child pornography on the Internet. But in the face of criticism and protests, the law won't be enforced, says the government. (23.02.2010)