Deep Technology startups — those relying heavily on tech breakthroughs and tangible IP — are on the rise globally. One of them, medtech venture RxAll, has made a handheld scanner that can detect fake drugs in 20 seconds. 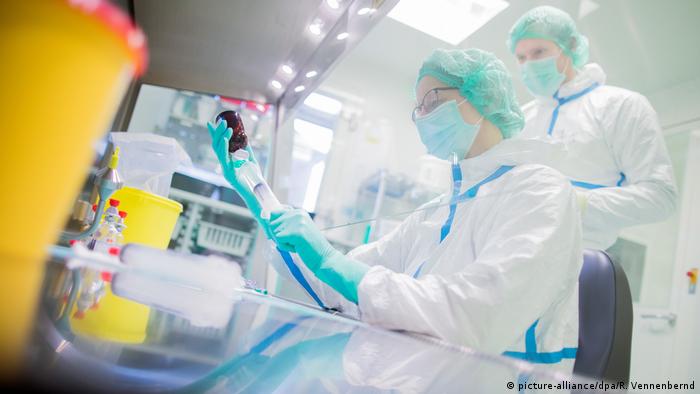 Do you think Uber is innovative? Sure, it is disrupting an entire industry and has millions of daily customers. But it has leveraged the sharing economy and has built its service using existing technologies. In other words, it hasn't reinvented the wheel; it has just made it, arguably, better.

Deep Technology startups, on the other hand, usually come up with novel innovations, such as computer vision to guide autonomous vehicles, artificial intelligence to forecast natural disasters like earthquakes and clean energy solutions that can help curb global warming. Or, unlike Uber and the likes, they create entirely new modes of transportation, such as Hyperloop or flying cars. They make wheels obsolete, in other words.

Coined in 2014 by Indian investor and entrepreneur Swati Chaturvedi, the term Deep Technology refers to fundamental discoveries in science and engineering innovations that offer significant advances over existing technologies. Developed from years of research and lab testing, usually resulting in ownership of patents and other forms of intellectual property, they typically take a "long time to reach market-ready maturity, and require a significant amount of capital to develop and scale," according torecent study by the Boston Consulting Group (BCG) and Hello Tomorrow, a French nonprofit that supports deep technology. 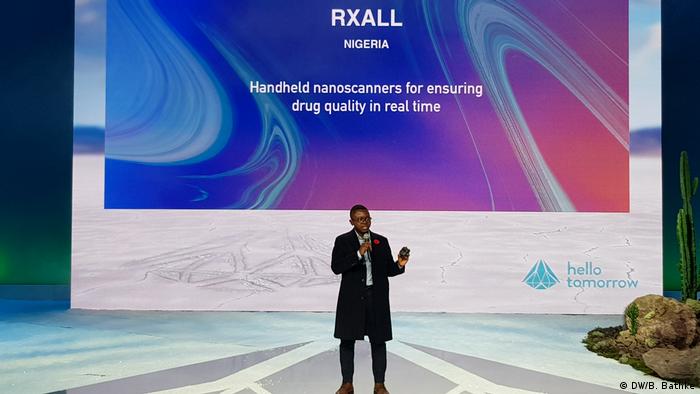 RxAll founder Adebayo Alonge wants to end the global epidemic of counterfeit medications. After a stint at Yale University, where he met his co-founders, he launched the company in 2016 and produced the world's first drug authenticator

Medical devices and drugs that cure diseases and extend life are important areas. That's the field of Nigerian entrepreneur Adebayo Alonge. His Connecticut-based medtech startup, RxAll, has built an AI platform for drug quality checking and surveillance. "The first piece is a handheld device known as a nano scanner," Alonge told DW. "It has a programmable AI sensor that allows users to select and use specific wavelengths to test the identity of the material as well as its quality."

Once the "spectral fingerprint" is generated, it is sent to the cloud where an AI algorithm assesses it against a reference database and then sends back a result on a mobile phone application in 20 seconds. In addition to the identity of the medicine, users can also see how well it compares against a reference sample.

The second component of the RxAll platform is collecting scan data so users can "see where all the bad drugs are in their city." The third feature, according to Alonge, allows regulators to identify "bad batches and supplies so they can carry out product recalls." The fourth component is recording every scan including timestamps "against a blockchain ledger" to enable "prosecution."

Since their commercial launch last October, RxAll has sold around 120 platform licenses, which cost around $2,000 (four-year subscription) or $60 (monthly subscription).

RxAll, whose nano scanner allegedly detects fake drugs with 96% accuracy, has raised $2 million to date, including €115,000 ($129,000) in prize money from the fifth Hello Tomorrow Global Challenge, a pitch competition in which 500 Deep Tech startups from around the world competed in categories including aeronautics, energy and industry 4.0. 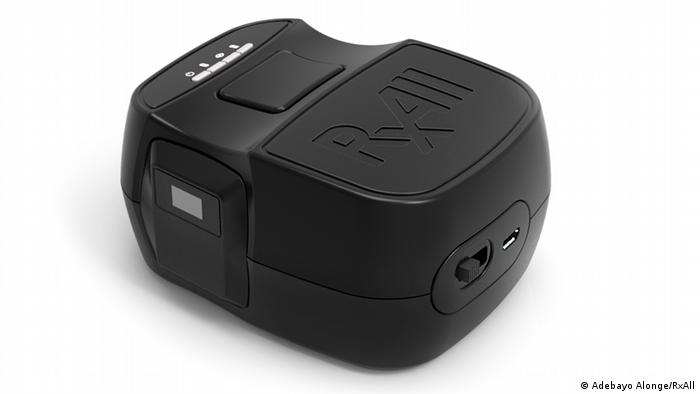 Most of RxAll's nano scanners are currently being used in the US, Southeast Asia as well as Africa, where the scanners are in the hands of a few hospitals, regulators, pharmacies and NGOs

When he was studying to become a medical doctor in his home country Nigeria in 2001, Alonge himself almost fell victim to a fake drug when his asthma was treated with counterfeit salbutamol. He was placed on life support to keep his airways open.

"Surprised that a fake drug could kill you," he switched his focus to pharmacy to "better understand the industry and how to fix it."

In sub-Saharan Africa, between 64,000 and 154,000 people die each year from taking fake anti-malaria medications, according to WHO estimates.

With as many as one in ten drugs sold in developing countries fake or substandard, the counterfeit drug market is worth around $200 billion worldwide annually, the WHO says, making it the most lucrative trade of illegally copied goods.

Developing a practical business or consumer applications in Deep Tech not only requires significant research and development (R&D) to bring them from the lab to the market, it also usually takes much more time and money than launching and scaling a software startup.

Take RxAll, for example. After seven years of PhD research, Alonge produced the first prototype of its scanner in 2016 and launched commercially last year — a decade after he first started working on fake drug detection. Facebook, on the other hand, needed only 20 months to go from idea in January 2004 to spreading globally around September 2005.

According to the BCG study, a biotech startup needs four years on average from incorporation to market, while a blockchain startup needs 2.4 years.

Still, funding remains a challenge since Deep Tech typically requires a lot more capital than other startups. One reason is that many companies seek funding in the early research phase, often years before they can put a product or even prototype in the hands of potential customers. Another factor is technology risk. Many investors don't have the expertise needed to "accurately assess the potential of emerging technologies. Consequently, Deep Tech startups rarely follow the established funding progression," according to the study.

Here, too, RxAll is a case-in-point. "We really scrambled for money, trying to fundraise in every way we could," Alonge said. As "most VCs expect big turnaround in four- or five-year cycles," he added, they still tend to "pour their money into software startups."

In the recent Global Startup Ecosystem Report, an annual ranking on startup ecosystems by Startup Genome, Deep Tech is the fastest-growing group globally in terms of early-stage funding deals over five years. The top four startup sub-sectors with highest growth are advanced manufacturing and robotics, blockchain, agritech and new food as well as artificial intelligence (AI).

Aside from the growth in available capital, two other major factors are driving deep technologies according to the BCG study: the rise of new platform technologies and falling barriers to entry.

However, the still prevalent gap between scientific research and industrial applications is holding Deep Tech back, Alonge said.

'Google of the physical world'

"As a Deep Tech startup, you need a software solution to receive additional funding and scale," he said, referring to RxAll's AI platform for drug quality checking and surveillance. Alonge's plans for this platform are ambitious. He hopes for it to become the "Google of the physical world," meaning it can "test any material and check its identity."

Application areas Alonge has looked into for this "white-label service" — licensing to other companies which then rebrand it — include testing food contamination, narcotics and hair analysis.

For Deep Tech as a whole, Alonge believes it is well-positioned for the future. "Most pressing global problems cannot be solved with purely software-based, self-replicating solutions," he said.

"Meanwhile, we have all this great science sitting out there in the research institutes that we should be able to bring into the market."