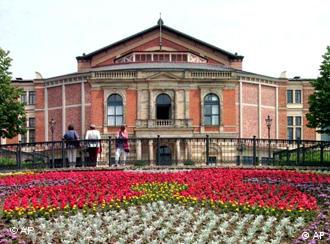 Richard Wagner wrote operas and his descendants seem to be living in one.

The composer founded the Bayreuth Festival in 1876 and it's been a family-run show since then. His grandson, 86-year-old Wolfgang Wagner, has been single-handedly directing the annual opera event since his brother Wieland's death in 1966 and it looks like his daughter Katharina, 28, will be the next to take the reigns.

Then there is Nike Wagner, Wieland's daughter -- Wolfgang's niece -- who successfully directs her own arts festival in Weimar. 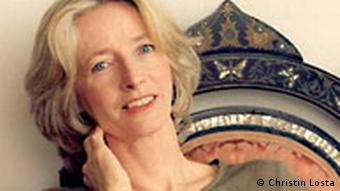 In an article in the July edition of German cultural and political magazine Cicero, Nike Wagner made an explicit appeal that cuts be made to the state subsidies her family's festival receives. The Bayreuth Festival currently receives 1.7 million euros ($2.1 million) each from the federal government, the state of Bavaria and the city of Bayreuth.

"It's difficult to understand why this festival, which is sold out years in advance and can work risk-free, continues to receive millions in public funds instead of hiking the ticket prices for a period of time and making the funds available to needier cultural institutions, festivals and cities," Nike Wagner wrote.

Public money will continue to roll in 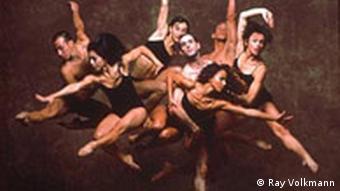 The German news magazine Focus estimated that prices would need to be raised by 70 percent to compensate for public funds to the seen-and-be-seen event. The current maximum ticket price for an evening at the Bayreuth Festival is 208 euros ($263), but the waiting list to get one of them can run up to 10 years. The German Culture Council wrote that last year 370,000 orders were made for around 54,000 tickets, so there's no danger of empty seats.

The demands of Richard Wagner's great-granddaughter, who is also Franz Liszt's great-great-granddaughter, seem to have fallen on deaf ears. During his visit to the festival's opening, German Culture Minister Bernd Neumann announced Tuesday that the federal government's financial contribution to the event would remain unchanged.

A festival made stale by subsidies?

Nike Wagner's article, actually a parallel chronicle of the two music festivals in Weimar and Bayreuth, contained some harsh barbs that infer nothing other than a family feud.

"The Wagner Festival concerns itself year in and year out with the reproduction of its own myth, always subjected to the same program, the same pieces, and it froze up in routine and modernity during the 1970s," she wrote. 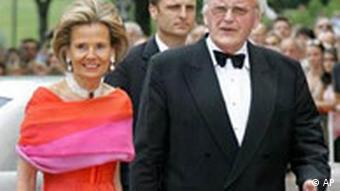 Bayreuth guests like former President Roman Herzog could afford a price hike, but should they have to?

As for the leadership in Bayreuth, not only have "media strategies" and elements of spectacle removed from art and intellect" gained ground, but the "regime" there has been "compared to a police state by many artists," Nike Wagner added. In Weimar, of course, "the police state has ended."

Germany's Frankfurter Allgemeine Zeitung meanwhile commented that as an intelligent person, Nike Wagner "should forego petty battles with the hostile family clan." Besides, she "should know that raising the ticket prices at the Bayreuth Festival would be against the will of her great-grandfather Richard."

Family quarrels aside, does Nike Wagner have a point? Why should a festival that could more than support itself receive public money?

DW-WORLD.DE spoke with Andreas Wiesand, director of two cultural research organizations, about subsidies for the arts. Click on the link below for the interview.

When it comes to opera, the German landscape is like a voluptuous leading lady with a rich repertoire and the power to woo. But how, when the nation is feeling the pinch of austerity, can its opera houses stay alive? (Feb. 23, 2006)

Politicians have always been keen to ingratiate themselves with the arts and culture community. But are their gestures of support mere posturing -- or will they translate into constructive policies? (Aug. 15, 2006)

Culture researcher Andreas Wiesand talked with DW-WORLD.DE about the Wagner family "soap opera" and said that Germany's arts subsidies are deeply rooted in history so the general public doesn't question them. (July 26, 2006)