Debate on Terror in Germany Highlights Political Divisions | Germany| News and in-depth reporting from Berlin and beyond | DW | 07.09.2007 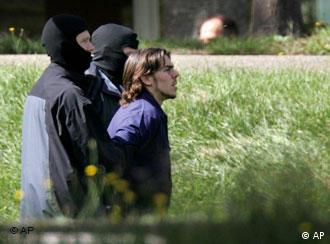 After chairing the high-level meeting of ministers from the all 16 states, German Interior Minister Wolfgang Schäuble said the country remained under threat from terror attacks.

"The threat is very strong, and we cannot presume that it has passed," Schäuble told reporters in Berlin.

The emergency ministers' meeting again highlighted the differences many feel are hindering further progress in Germany's fight against terrorism. 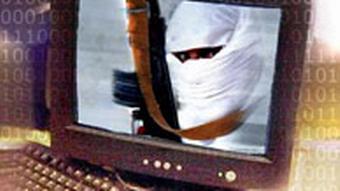 The contentious issues of allowing security forces to spy on personal computers and to make attendance at an Islamist training camp punishable under German law were again on the security agenda and once more were met with a divided response.

Berlin Interior Senator Ehrhart Körting said opinion was divided among the ministers, although there was unity that people who had undergone paramilitary training at terrorist camps "should be taken out of circulation."

Schäuble has long backed plans to deploy a "government Trojan" virus to spy on the computers of terrorist suspects, maintaining that terrorists are making use of the new medium to communicate and that the existing law needs updating to deal with this new concern. 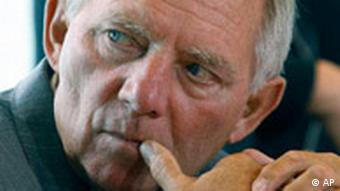 Schäuble's plans have caused divisions in the coalition

But German politicians are divided largely along party lines on the issue. Members of Chancellor Angela Merkel's Christian Democrats (CDU) and their sister-party, the Christian Socialist Union (CSU), tend to be in favor Schäuble's plans, while the Social Democrats (SPD) are inclined to reject them as an intrusion on privacy and an infringement of personal freedoms.

"It makes no sense to pass legislation in a hurry that will be queried next month," she told national public television ARD Friday.

Speaking on the sidelines of the Berlin meeting, Bavaria's Interior Minister Günther Beckstein, who has a hard-line reputation on security issues, said in reference to Tuesday's arrest of three terror suspects that online searches were "well suited and necessary to check how far this network extends."

SPD member Körting broke ranks with his party, saying the law allowing letters and phone calls to be intercepted had to be extended to the new means of communication. Still, he warned that "the private sphere should not be infringed" by excessive security measures.

Ralf Stegner, interior minister for the north-western state of Schleswig-Holstein and an SPD member, referred to another issue that has come to the fore since the foiled German terror plot: the radicalism among some converts to Islam

Those who had converted to Islam "should not become suspect" simply for this reason, he said.

Bomb plot aimed at US interests in Germany 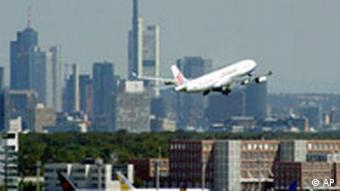 Frankfurt airport and the Ramstein air base were rumored targets

Three men -- two German converts to Islam and a Turk -- were arrested and had been under surveillance for weeks for stockpiling chemicals to make bombs, prosecutors said.

Another suspect had vanished two days before the alleged plot was smashed, according to German media. The missing suspect was a German convert to Islam in his 20s who shared a flat with one of the men arrested on Wednesday, the Süddeutsche Zeitung newspaper reported Friday.

The men had allegedly planned to conduct attacks against US citizens and interests in Germany, the newspaper said.

As more details of the arrested suspects became available, Beckstein added that the three arrested were members of a group of around 50 and that the group had received its directions from abroad. 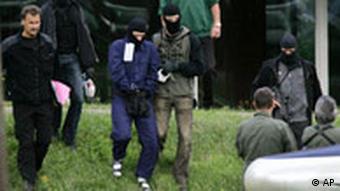 Three men are in custody as police search for others

The apparent leader, identified only as Fritz G., 28, was reported to be a German from a sound family background who had recently got married.

"He was a perfectly normal student," said Herbert Jarosch, chancellor at the college in the city of Ulm where G. was studying.

The other convert Daniel S., 21, was reported to have returned to school recently, with the aim of securing admission to university.

Experts said the amount of explosive material the three had assembled would have been able to cause explosions far greater than those in London in July 2005 and in Madrid in March 2004.

Continuing investigations into the wider network of the would-be bombers have turned their attention to individuals suspected of providing support to the three suspected terrorists, the federal prosecutors' office said Friday.

Although the investigators believe the main suspected terror cell has been shut down, they are continuing to investigate at least seven suspects, both in and outside Germany, five of whom were known to police, Andreas Christeleit, a spokesman for the federal prosecutors, told reporters.

Because the suspects were not currently under suspicion of committing serious crimes, no arrest warrant had been issued for them and they would therefore be free to leave the country, he added.

Prosecutors arrested three men and are searching for five more suspects who are accused of planning "massive" terrorist attacks. Investigators suggested that US military facilities in Germany could have been the targets. (05.09.2007)

After weeks of flaring tempers and tit-for-tat public exchanges, leading German politicians called for the country to approach the issue of proposed anti-terror laws in a calm and objective manner. (29.07.2007)