Fresh rioting in the province has left more than 30 dead as police pull bodies from the wreckage of buildings burned down by protesters. The uprising began with rumors that a teacher insulted an indigenous student. 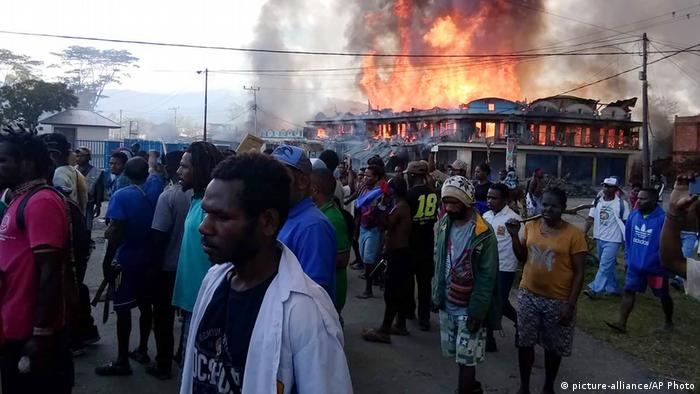 Thirty-two civilians, mostly non-Papuans, were killed when a new round of riots broke out in the Indonesia province of Papua on Monday.

Rioters set fire to government buildings and shops. Papua police say they pulled twelve more bodies from the wreckage on Tuesday, bringing the death toll to 32. That number is expected to go up as the authorities search the area. A further 72 people were hospitalized for burns and head injuries.

Hundreds of people in the city of Wamena joined the violent protest after a rumor spread that a teacher had insulted an indigenous student.

National Police Chief Tito Karnavian said in a news conference that the government had deployed more soldiers and police, who were able to neutralize the situation on Tuesday. He said the majority of the victims were not indigenous to Papua. 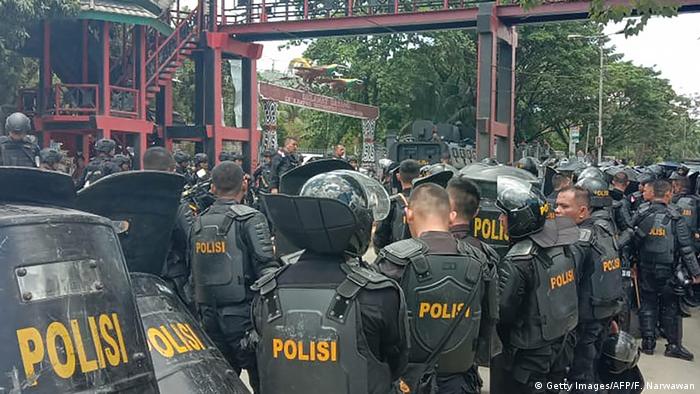 "They were shopkeepers, restaurant attendants and motorcycle taxi drivers," he told journalists.

The police chief accused Papuan separatist groups of organizing the riots to draw attention to the province as the United Nations General Assembly meets this week in New York City.

"We have not taken a stand in this people's protest over racism against indigenous Papuans. This is purely an action carried out by the entire society," he said in a statement.

The violence comes just weeks after protests in the mountainous jungle province left at least five dead. That rioting began after native Papuan students on the Indonesian island of Java felt they had been abused by racist security forces.

Papuans have a culture distinct from that of Indonesia's Muslim majority. The region has been part of Indonesia since 1969, following a U.N.-sponsored vote that is widely considered a sham. Tensions and flare-ups out of the province have been common ever since.

The riot coincides with a series of nationwide demonstrations protesting conservative changes to Indonesia's criminal code. Those protests have also been met with military force, including water cannons and tear gas.