Protesters rallied against police brutality in Buenos Aires after three teenagers and one adult died during a police car chase. Police officers had allegedly opened fire at a car, which then crashed into a truck. 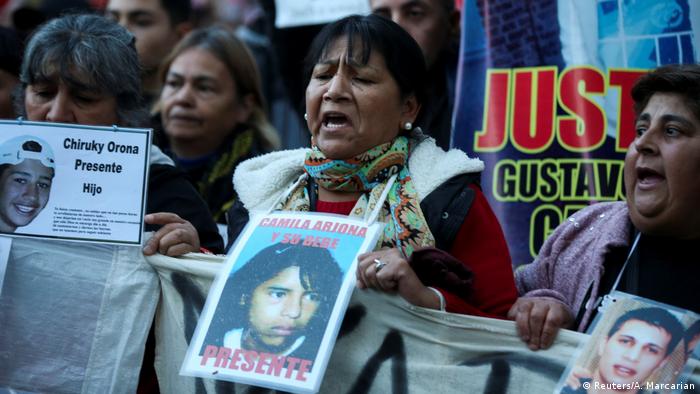 Authorities in Argentina have detained seven police officers and removed six more from the force following a car chase that ended with at least four people dying.

Activists and families of the victims protested the incident in Buenos Aires on Friday.

Earlier this week, police engaged in a car chase in the town of San Miguel del Monte, some 120 kilometers (75 miles) south of Buenos Aires. The car, which carried a 22-year-old man and four teenagers aged 13-14, reportedly refused to stop on police orders.

Police officers opened fire during the highway chase, hitting at least one person. The car then crashed into a truck. The man and three of the teenagers were killed, another remains in hospital.

"There was no reason for them to shoot," said Buenos Aires Attorney General Julio Conte Grand.

"We've determined the deaths were produced by the collision that arose from the speed and destabilization of the vehicle generated by the chase and the shots," he said. 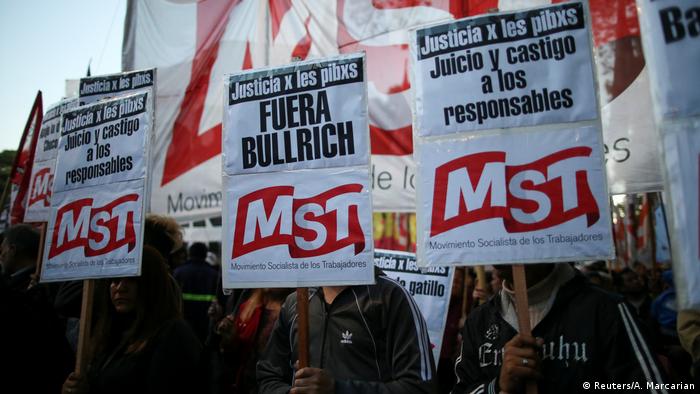 "Stop killing the people, stop killing the young," human rights advocate Nora Cortinas said. "This country must give the image that there's no impunity for these crimes. Everyone who tortures and kills must go to jail."

Some of the protesters blame President Mauricio Macri for his aggressive crackdown on crime, but his government has so far been highly critical of the police behavior in this incident.