A continued strife over control of fertile lands in Nigeria has resulted to the deaths of many farmers and their livestock. Analysts say land disputes pose the greatest security risk after Boko Haram. 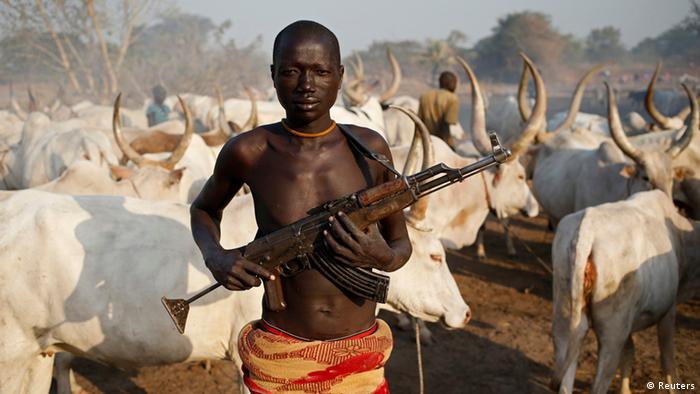 It was too late for the residents of Ukpabi Nimbo, as the attackers invaded their village. According to media reports, heavily armed herdsmen stormed the village in the southeast of Nigeria at the end of April. Dozens were killed, houses and churches were destroyed.

Such raids are common in Nigeria. Herdsmen, often nomads, compete with farmers for fertile lands. The conflicts were often restricted to northern Nigeria. But now nomads, partly from neighboring countries, are reaching the south in search of greener pastures.

In February, 300 people in central Nigeria died after such a raid and 7000 were displaced. According to SBM Intelligence, a consulting company that offers in-depth investigation, there were 400 such incidents between 1997 and 2015, mostly in the fertile green belt of Nigeria. Estimations show that more than a thousand people die every year.

The Nigerian government does not yet have a solution, even though a new draft law intends to reserve land in every state for the nomads. This would mean that farmers would have to surrender part of their land. Nigerian media reports that the population does not agree with the draft law. At a hearing in parliament, many speakers complained that this would lead to more violence.

Baba Usman Ganjama, secretary of Miyetti Allah Cattle Breeders Association of Nigeria (MACBAN), sees the northern state of Kano as a good example. "I think we can use the model of Kano State and try to rehabilitate these criminals without necessarily using force," he said.

Nigeria is not the only country in Africa dealing with disputes between farmers and herdsmen. Other African countries experiencing fewer rainfalls are also affected. Climate change is causing one drought after another, water is scarce, the fertile ground for cattle is disappearing and so is the livelihood of the nomads and cattle herdsmen. 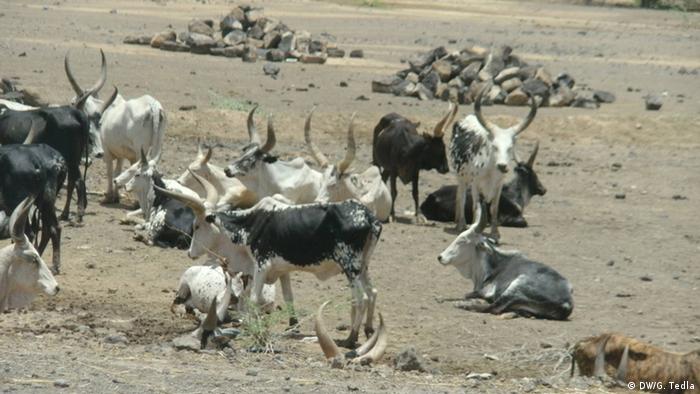 Hersdmen depend on cattle for their livelihood

This leads to a rise in population in many countries. Estimations show that the population in Nigeria will double by 2050; that is 440 from the current 183 million people. The herdsmen have less pasture and the farmers less fields. Farmers usually plant on former grazing corridors and then cattle belonging to the herdsmen eat their harvest or trample on their fields. This leads to conflict.

Religion also plays a major role in Nigeria. Nomads and herdsmen who belong to the Fulani ethnic group are Muslims, whereas most of the farmers are Christians. The Fulani live in large communities in the whole Sahel region from the west coast through Nigeria and Cameroon, all the way to Chad and Sudan. Religious conflicts add to the difficult situation.

The German agricultural scientist Erwin Geuder-Jilg has worked as a consultant for different development organizations in West Africa. He says that lack of communication is the problem. "We have trained mediators. They brought the groups together to talk about the problems," Geuder-Jilg said. "They then agreed on the pasture land, when it should be used for plantation and when it should be used as grazing lands.”

They would need to include authorities and traditional leaders as mediators, but that does not always help. "They could in their role settle the conflicts, but they could also increase conflicts," Geuder-Jilg said. He added that some mediators ask for money for every consultation and therefore profit from the dispute. 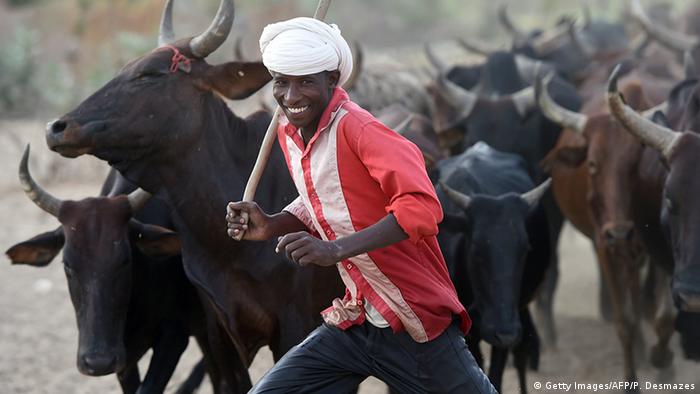 Increase in circulation of weapons

Since the fall of Libyan dictator Muammar Gaddafi, there is a huge circulation of weapons in the west African region. Apart from getting into the hands of militia groups like Boko Haram and al-Qaeda in the Islamic Maghreb, they could also get into the hands of the herdsmen and farmers. During raids, heavy weapons have sometimes been used.

Now the government has to act, according to Nigerian analyst Aliyu Tilde. "Law enforcement in Nigeria has become very weak. This needs to be addressed. This government should, as it calls itself the government of change, ensure that public servants enforce rules and regulations," said Aliyu Tilde.

Nigeria's President Muhammadu Buhari took a step in this direction after the latest attacks. He promised the affected villages that investigations into the cases would be done and the perpetrators would be held accountable.

Uwaisu Idris and Gazali Abdou contributed to this article

Over 60 million people are affected by the atmospheric phenomenon, the head of UN's humanitarian response agency said. But billions of euros are needed to stave off the deadly catastrophes caused by El Nino. (26.04.2016)