Davos is looking for jobs

One reason for rising nationalist and protectionist sentiments in advanced economies is that millions of jobs there are threatened. What can be done about this is a hotly debated topic in Davos, says DW's Andreas Becker. 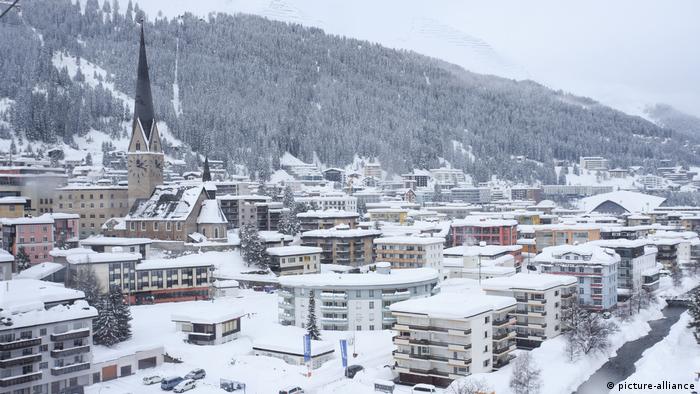 Jobs in the US, Europe and advanced economies in other parts of the world are under pressure. Manufacturing of textiles and electronics has long been moved to China, India and other countries with a large pool of qualified and cheap labor. Add to this the digital revolution which is disrupting one industry after the other, and you have a perfect storm for workers in the West.

For people like C. Vijayakumar, this is good business. He's the CEO of HCL, a multinational provider of IT services headquartered in Noida, India. HCL employs about 120,000 people and has trouble finding qualified workers.

"In every technology company, there's a huge shortfall of skills," Vijayakumar said at the World Economic Forum (WEF) in Davos. "There are probably a million jobs in the technology sector which are not getting filled with the right level of talent."

The fear of becoming irrelevant 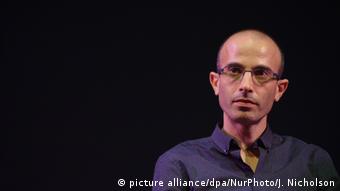 At the same time, there are millions of Americans or Europeans who cannot find decent jobs, or any job at all. They are being told they don't have the skills needed in a digital, globalized world.

Workers of old were often exploited, says Yuval Noah Harari, history professor at the Hebrew University of Jerusalem and author of international bestsellers such as "Sapiens: A Brief History of Humankind."

"Now, people fear something far worse than exploitation. They fear irrelevance," Hariri argues. "When I'm exploited, I'm at least important because they can't shoot me, because who would do the work? When I'm irrelevant, that's far more scary."

That fear partly explains the rise of nationalism and protectionism that can be seen in the US and parts of Europe, said Arlie Russell Hochschild, a sociologist at the University of California, Berkeley.

She studied the situation of blue-collar workers in Louisiana who voted for Donald Trump. "It's not that they love him, but they are desperate. For them, nobody else seemed to recognize their situation of decline."

Most participants at the World Economic Forum believe that this loss of jobs cannot be stopped by tariffs and other protectionist policies. Instead, they stress the importance of learning new skills. "It's really about how can you reskill people and make them capable to meet the new demands," said Vijayakumar. 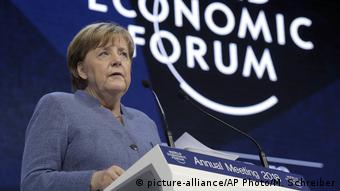 Some studies see up to one-third of all jobs at risk by the digital transformation — from cashiers and truck drivers to office workers, bankers and law clerks. But the studies also say that new jobs are being created which demand entirely new skills.

While this might be hard for younger workers, it becomes more difficult at the age of 40 or 50, according to Hariri.

A question of age

German Chancellor Angela Merkel agreed. While she stressed that Germany had to catch up in becoming a more digital economy, she said that many people felt left behind.

"Disruptive technologies also mean a disruption of our society," she said in her speech in Davos. "We need life-long learning. In an aging society like ours, the willingness to embrace this change is rather limited."

But even if people were willing — who should pay for that constant learning and reskilling? The state, argues Arlie Russell Hochschild, the American academic, and points to France: "President Macron is talking about giving funds to citizens that can be used for life-long learning. "That could be a model for less advanced countries like my own."

Who will pay the bill? 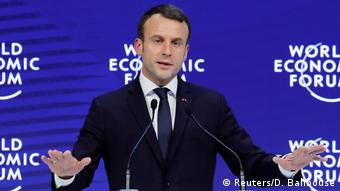 Institutions of higher learning could also enter new forms of cooperation, said Mary Flanagan, professor for digital humanities at Dartmouth College in the US. "If we think about life-long learning and throw out the idea of university as a one-time thing, it changes how universities might become partners with institutions and businesses."

And companies have the responsibility to shoulder some of the costs, admits C. Vijayakumar. "A lot of companies are already investing in training their employees. I believe the training budget in most companies across the world will continue to increase."

But even investing in learning new skills does not protect against disappointments, said historian Hariri. "Whether you learn how to code or another new skill, it's always a bet — and you don't really know if this skill will actually be needed. The one thing you will certainly need is emotional and mental resilience in order to survive with all this change and stress."

Unfortunately, he added, this particular skill was not yet taught at any university.