The UN special envoy to the Great Lakes region, Mary Robinson is visiting the volatile eastern region of the DRC, as fighting between M23 rebels and Congolese troops backed by UN forces continues. 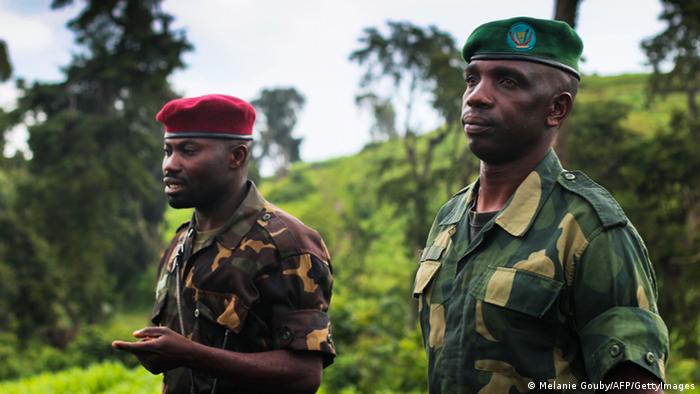 Her one week visit will also take her to neighboring Uganda and Rwanda. The top UN official is responsible for trying to implement a framework agreement, signed in February, to bring about peace in North and South Kivu.

DW: What is it that she possibly can achieve with this visit?

David Zounmenou: The visit is very important given the escalation of violence in the region. The visit will certainly call on various actors to show restraint and put an end to the violence and probably reinvigorate the negotiation process which will help to avoid the kind of catastrophic scenario that we are now foreseeing.

How much influence does she have on the region, will she be able to achieve what she hopes to achieve?

The region has been in the spotlight for a few months now. I think everybody knows what is at stake if nothing is done and that is the reason why the UN has stepped up the game by consolidating the mandate of its peacekeeping mission and by warning the regional actors that have been involved in the conflict to stop providing the support to rebel fighters in the area. So I think she stands a chance to speak to various actors and to call them back to negotiations.

Shouldn't she have visited the region before the situation escalated?

I think the UN has always been visiting the region. Ban Ki Moon accompanied by the World Bank chief has recently visited Congo to see what was happening on the ground. But there has also been a difficult political process of negotiations unfolding in Kampala. It seems to me the government in Kinshasa didn't give the process the full attention and political commitment it deserves because Kinshasa believes that the M23 organization is at its weakest point for two reasons: Firstly, because the support from Rwanda has dried up probably because of the outcry of the UN group of experts' report and secondly, the leadership issue within the M23 group itself, the sanctions, the departure of Bosco Ntaganda and the dismissal of the political head Bishop Jean Marie Runiga. So all these factors gave Kinshasa the impression that they can step up the game and defeat the group once and for all.

Where does the current situation leave the Peace, Security and cooperation agreement signed in February 2013? Is it dead or there's still hope that it can be implemented?

I think the agreement still stands and still holds and I think we can still hope for sustainable peace in the Great Lakes region. This is because the agreement signed did give the responsibility to the various actors involved in the conflict. It is up to countries supporting the groups fighting in the DRC to stop doing so and for the Congolese local authorities to undertake political reforms as per the agreement. I think it's time for a political dialogue that will help all countries in the region to avoid a deplorable situation.

The UN has constantly accused Uganda and Rwanda for supporting the M23, what sort of welcome should she expect from these two countries?

It will be tough and extremely difficult but you also have to understand that Rwanda feels a bit isolated currently and has a limited margin of maneuver. So it will be an opportunity for them to give the other side of the story.

David Zounmenou is a senior researcher at the Institute for Security Studies in Pretoria, South Africa

The Congolese M23 rebels have begun withdrawing from the front lines. They say they want to give peace a chance. The move is seen as an indication that the combined UN, Congo military offensive is turning the tables. (30.08.2013)

Rebel fighters have begun a retreat near Goma in the Democratic Republic of Congo (DRC) after clashing with the Congolese army and UN troops. The rebel move follows accusations that they fired into neighboring Rwanda. (30.08.2013)

The UN has blamed shelling from the Democratic Republic of Congo (DRC) into Rwanda on M23 rebels. Attempts by the DRC and the UN to oust rebels in the area has led to increased violence in recent days. (29.08.2013)