David Harris: 'It's time to wake up and see the menace clearly' 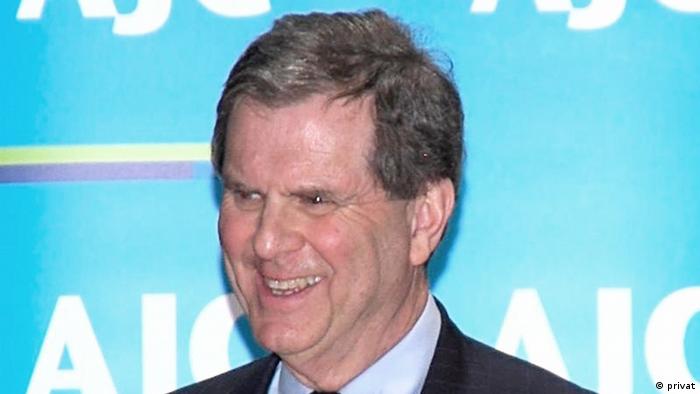 Deutsche Welle: Germans are still shocked after a gunman killed two passers-by in Halle after unsuccessfully trying to enter a synagogue. What conclusions should follow?

David Harris: The tragedy in Halle was another painful and sobering reminder of the very real threat of anti-Semitism in Germany. It also revealed that security needs to be stepped up and the police response time must be shortened.

A few days earlier, another terrorist attack against a Berlin synagogue was thwarted by alert security guards. What links the two attacks is hatred of Jews. What distinguishes them is that the perpetrator in Halle appears to be an extreme right-winger, while the one in Berlin appears to have been a Syrian refugee. The lesson is that German officials need to be closely monitoring threats to Jews from multiple sources. There's still a lot of work to be done.

read more: Opinion: The anti-Semitism targeting us Jews isn't 'back — it never left

The number of anti-Semitic incidents in Germany is on the rise, partly also driven by migration from the Arab world. Are you confident that Germany can keep such incidents under control?

Rising anti-Semitism in Germany presents a big challenge not only to the Jewish community, but to German society. It was a source of great pride to Germany that, in recent years, many Jews came to live there, no longer being so fearful of the past.

But now, with a noticeable rise in anti-Semitic incidents throughout Germany and a much-noted comment by a German official that Jews who wear a kippah may not be fully safe, concern is once again growing. Whether the hatred comes from the extreme right or from within the immigrant community or wherever else, Germany must confront and defeat this pathology.

It's my impression that Germany, like several other European countries, long underestimated the danger to Jews. It's time to wake up and see the menace clearly and unambiguously. Having accomplished so much in the post-war years to help rebuild Jewish life in Germany, it would be a major tragedy if Germany once again was viewed as a dangerous place for Jews to live and worship.

Just a few months ago, the highest-ranking German official monitoring anti-Semitism said the country could no longer ensure the security of identifiable Jews and urged their caution. We believe this statement was a mistake at the time because it showed weakness, not strength, in combating anti-Semitism. It's time to show strength.

After WWII, German society took on a pacifist attitude. Do you consider this a good thing, or inopportune? 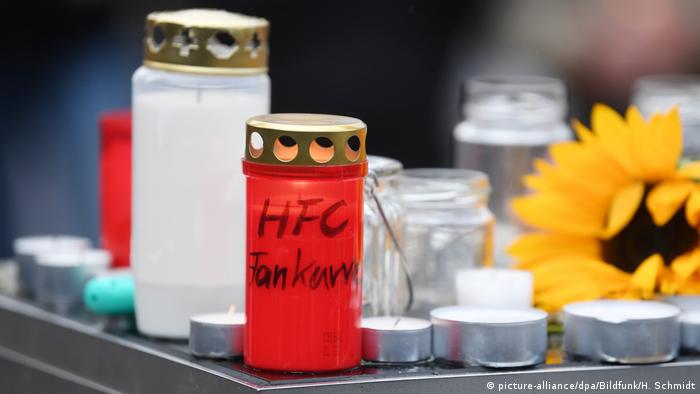 Germans mourn the shootings in Halle

As a child of Holocaust survivors, I find myself in the rather ironic position of seeking Germany's increased defense budget and its share of our collective defense. I say this only because I have confidence in today's Germany, having spent a great deal of time in the country over the years. In fact, since 1994, the American Jewish Committee (AJC) and the German military have had a rather unique association, and we are marking its 25th anniversary this year.

President Donald Trump is a close ally of Israeli Prime Minister Benjamin Netanyahu — but is Trump a good advocate for Jews worldwide?

As a nonpartisan organization, AJC prefers to discuss policies, not personalities or parties when it comes to democratic countries. American Jews are deeply divided on President Trump's overall record, but clearly, from the perspective of Israel and its leaders, there is a lot of satisfaction with his positions on US-Israeli relations, on US voting at the UN, and on the threat of Iran.

Because of Trump, some say, the two-state solution has no future. Europeans are critical. What would you recommend a country like Poland, torn between the White House and Brussels, to do?

It's far more complicated than simply to suggest that President Trump is responsible for the dimming hope of a Two-State solution. The real responsible party has been the Palestinian leadership and its rejection of one offer after another, beginning as early as 1947. The result is that fewer Israelis believe that such a solution is actually possible, much as they might wish it, if there's no serious and credible partner.

What Poland and Europe more generally ought to do, I believe, is, first: better understand Israel's real security challenges and dilemmas in trying to move forward. And second: focus more attention on what the "day after" of any peace agreement would look like.

In other words, what can Europe actually offer to help prevent the possibility of a failed Palestinian state emerging in the narrow space between Israel to the west and Jordan to the east? That could be a major contribution on Europe's part.

Why does AJC focus on Europe concerning the Hezbollah question? 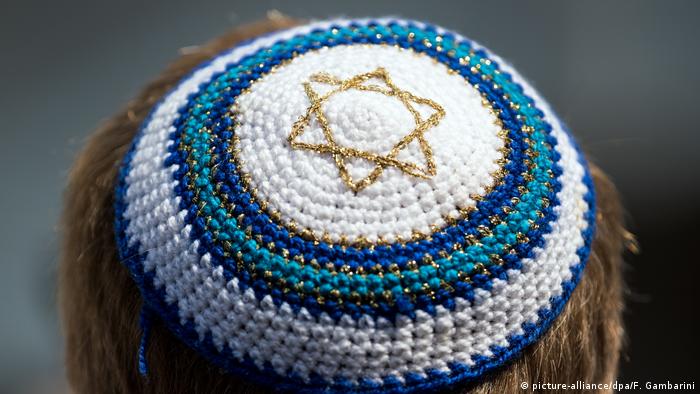 How safe is wearing a kappah these days in Germany?

In 2013, after many years of denial, the European Union listed the so-called "military wing" of Hezbollah as a terrorist group, but not the so-called "political wing." This is a fiction. Hezbollah is one organization, not two. It says so itself. So do the US, Canada, the Arab League and others.

To show real determination in the war against terror, which is also taking place on European soil, the EU, led by Germany, should finish the job it began in 2013. Moreover, Hezbollah is a deeply anti-Semitic organization that calls for Israel's extinction. Germany is committed to fighting anti-Semitism and supporting Israel's security. Again, that's why Germany should take the lead in Europe on the Hezbollah question.

EU member Poland has a long history of diplomatic cooperation with Israel but since the Cold War era, Warsaw also has had relatively good relations with the Palestinians. Could Poland be a mediator to both?

This is really a question for the parties themselves as to whether or not they see a particular mediating role for Poland. Personally, I'm not sure, but one never knows for certain.

Polish-Jewish relations have undergone several stress tests recently, for instance the so called "Holocaust law" on the "truth" about the Shoa. Has that changed the way the Jewish Community sees Poland?

For those of us who have devoted decades to strengthening ties between Poland and the Jewish people, this law was a big setback. Even with the later amendment, it's taken some time to try and restore the previous level of engagement and optimism, but we are certainly not giving up.

The Polish people were also victims of the Nazis. Do you understand why some people in Poland are angry at recent US legislation, the "Just" Act?

What I particularly understand is the Polish sense that there is really too little awareness of the degree to which Poland as a nation suffered at the hands of Nazi Germany. Even worse is when some commentators associate Poland itself with the crimes against humanity of the Nazis, though Poland suffered so greatly at the hands of the Third Reich.